The Herald was approached by a concerned Kaitaia Primary parent after their child's free school lunch arrived late on Wednesday.

They were also left unimpressed at what was, belatedly, dished up.

"Our Kaitaia primary kids went without lunches today, they arrived at 2.35pm and this is what was in them," the concerned parent told the Herald.

The photo supplied to the Herald shows a small portion of spaghetti in tomato sauce topped with some shavings of cheese. 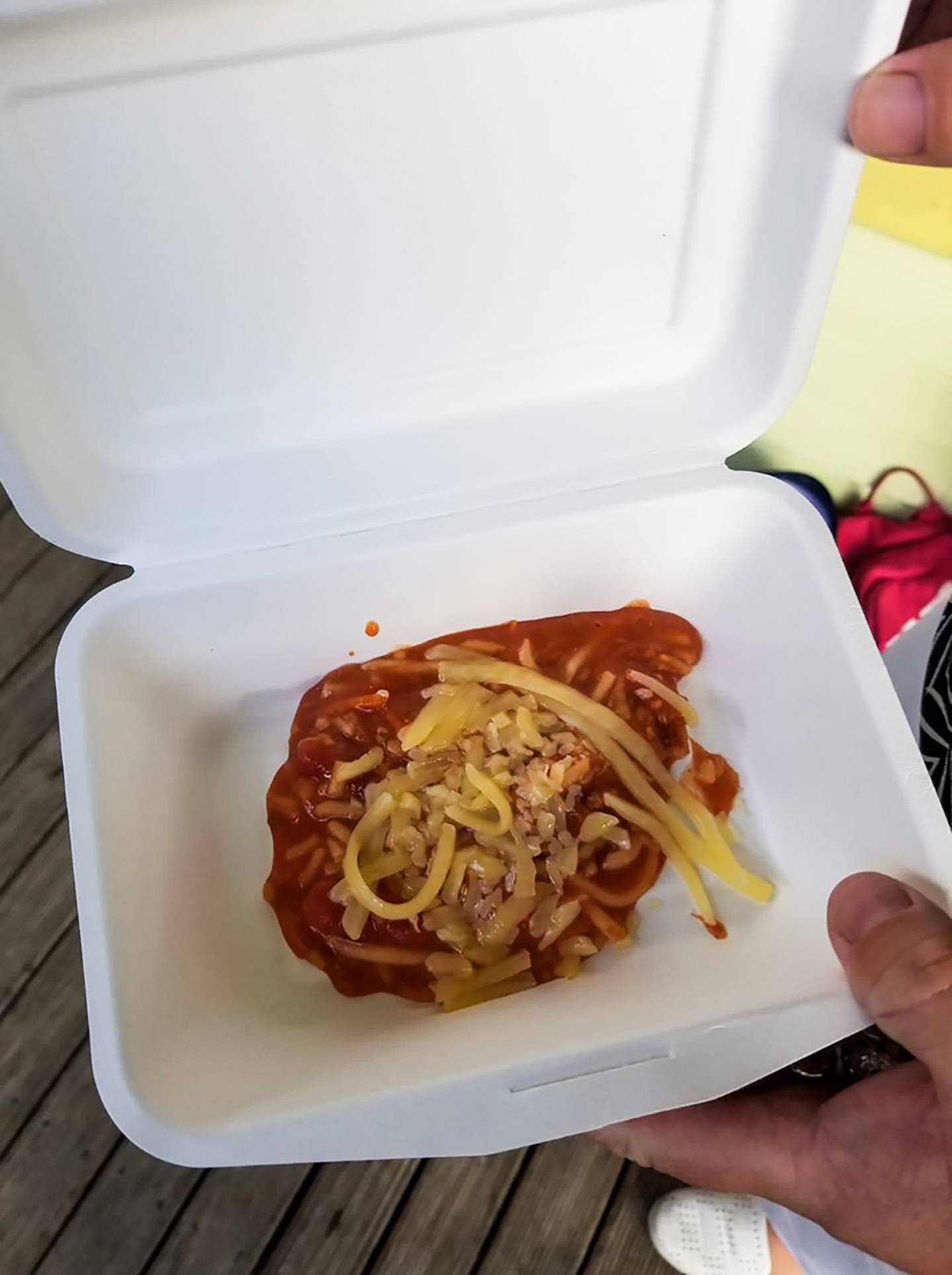 A lunch of spaghetti and cheese served to kids at Kaitaia Primary School arrived late on Wednesday, only getting there at 2.35pm. Photo / Supplied

Bell Produce Ltd, which is run by local iwi Te Rarawa provides 1500 lunches to four schools in the Far North each day, including Kaitaia Primary and Kaitaia College.

"There wasn't much to them [the lunches] as many would hope," Morrissey told the Herald.

However since the programme started at the Far North primary school on the first day of term 2, Morrissey said it has been "superb".

"Although there was disappointment about yesterday's lunches, the other days have been awesome."

"Every single other day has been awesome and our kids are blimmin lucky to get those lunches," Morrissey told the Herald.

Despite yesterday's "teething issue" Kaitaia Primary students have been "grateful" for the school lunches.

In a statement posted on its Facebook page, Bells Produce Ltd acknowledged the feedback they received on cooked meals and apologised.

"We are sorry cooked kai to schools were delivered late to certain schools across the days."

The Herald has approached Bells Produce Ltd for comment.

This change to the programme was welcomed by Morrissey, who called it a "smart decision".

"Some of the complaints were about portion sizes and the type of food. While we are working to the Ka Ora Ka Oka guidelines we promise to review the menus and see what we can add or change" the lunch provider said on its Facebook page.

At first Morrissey was concerned about how students would react to trying new foods, but he told the Herald many of the student's plates he has seen were returned empty and many were coming back for seconds.

Nearly 15,000 students across the region will have a free healthy school lunches this term, courtesy of the programme.