A "massive" building fire in the east Auckland suburb of Burswood has closed the road and reduced traffic to a standstill during rush hour.

Traffic control is being undertaken by police around Ti Rakau Drive and motorists are reporting long delays.

It's understood the fire is at TruDesign Plastics factory on Ti Rakau Drive, which is closed between Gossamer Drive and Trugood Drive. 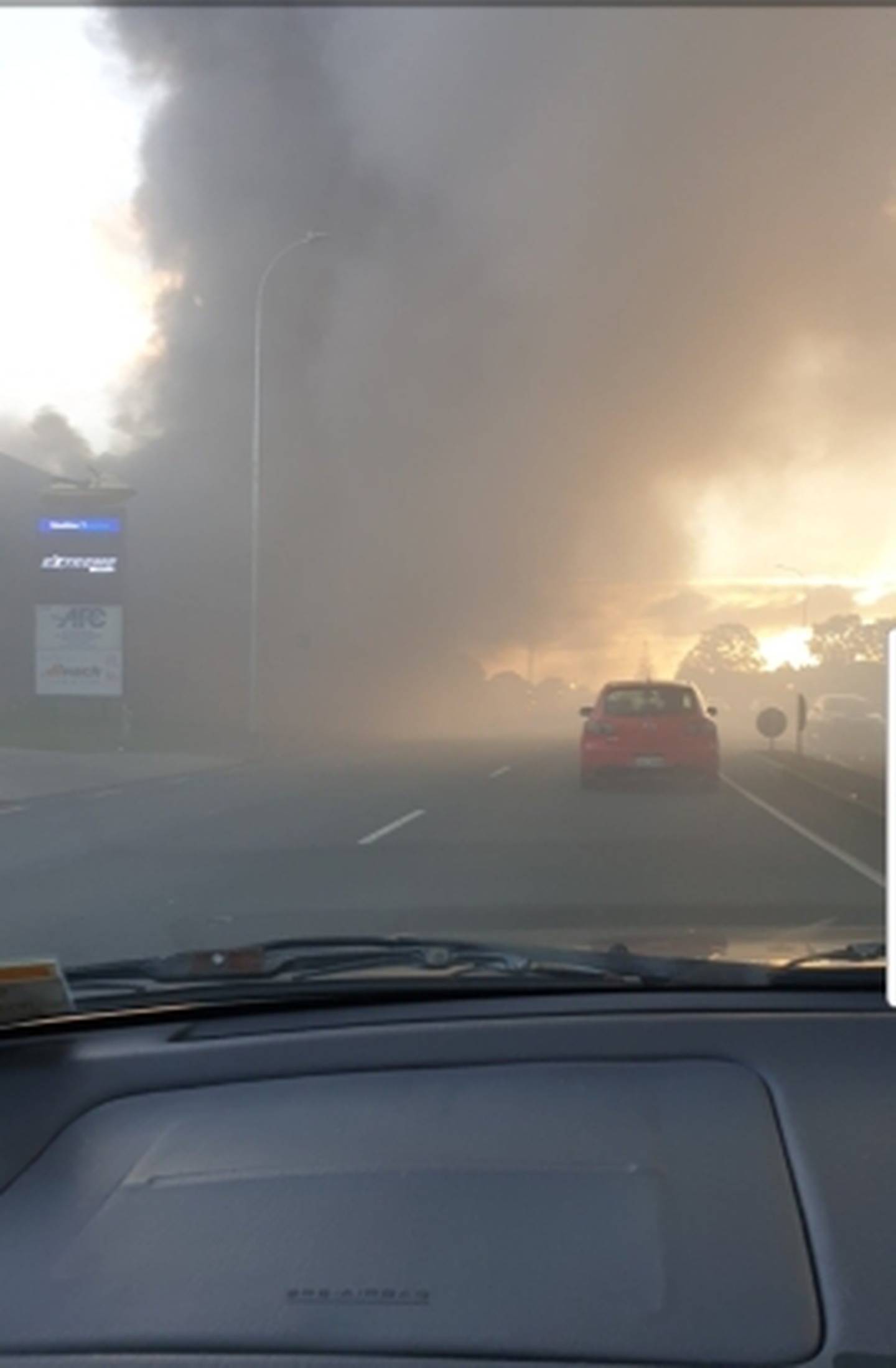 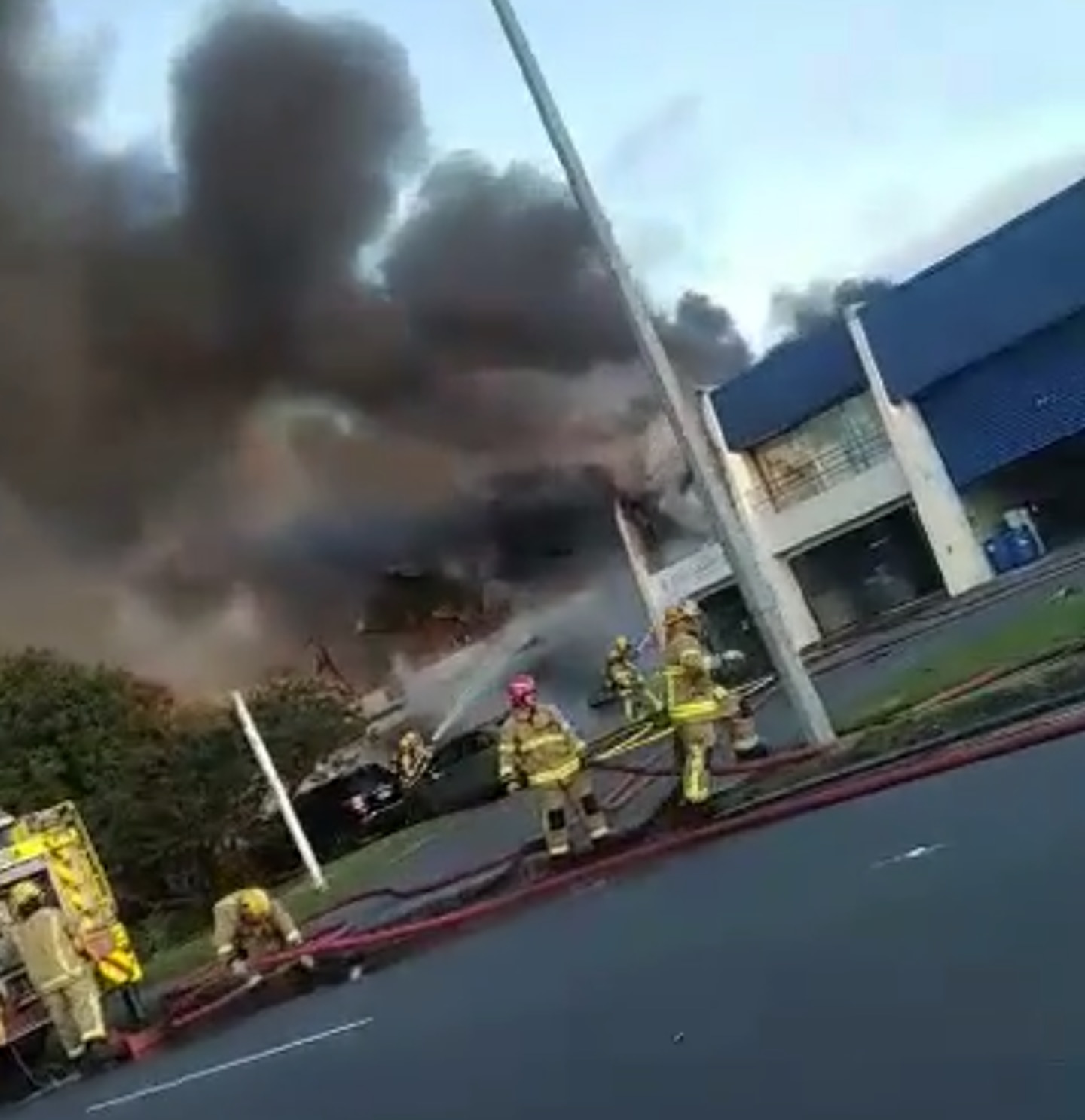 Police are assisting Fire and Emergency NZ on Ti Rakau Drive after being notified about 5pm. (Photo supplied) 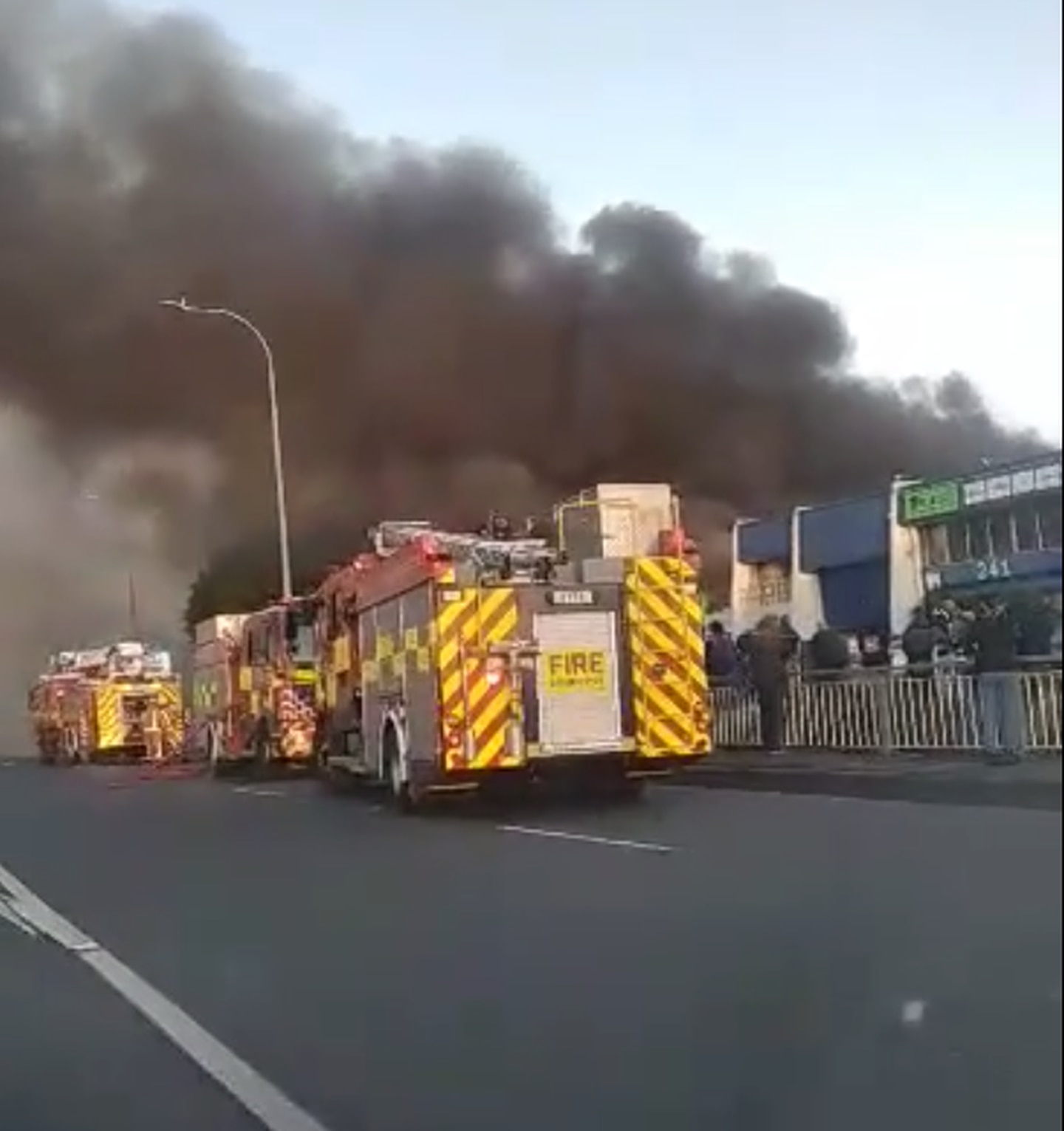 Drive after being notified about 5pm. (Photo / Supplied)

A worker at Mobil on Ti Rakau Drive said the fire was opposite the gas station.

"Somewhere around 5 o'clock, I saw the black smoke. After five minutes, I saw the flames of the fire, and it was massive," the petrol station worker said.

The fire appeared to be under control now, she said.

"After 5 or 10 minutes the fire brigade was there and they controlled it. It was big and the flames were very high."

Police were helping Fire and Emergency NZ with traffic control and motorists are reporting long delays.

David Ball, who worked about 1km from the fire, said he sat in traffic for 20 minutes before being turned around by police near Trugood Drive.

"You could see heaps of fire engines," he said. 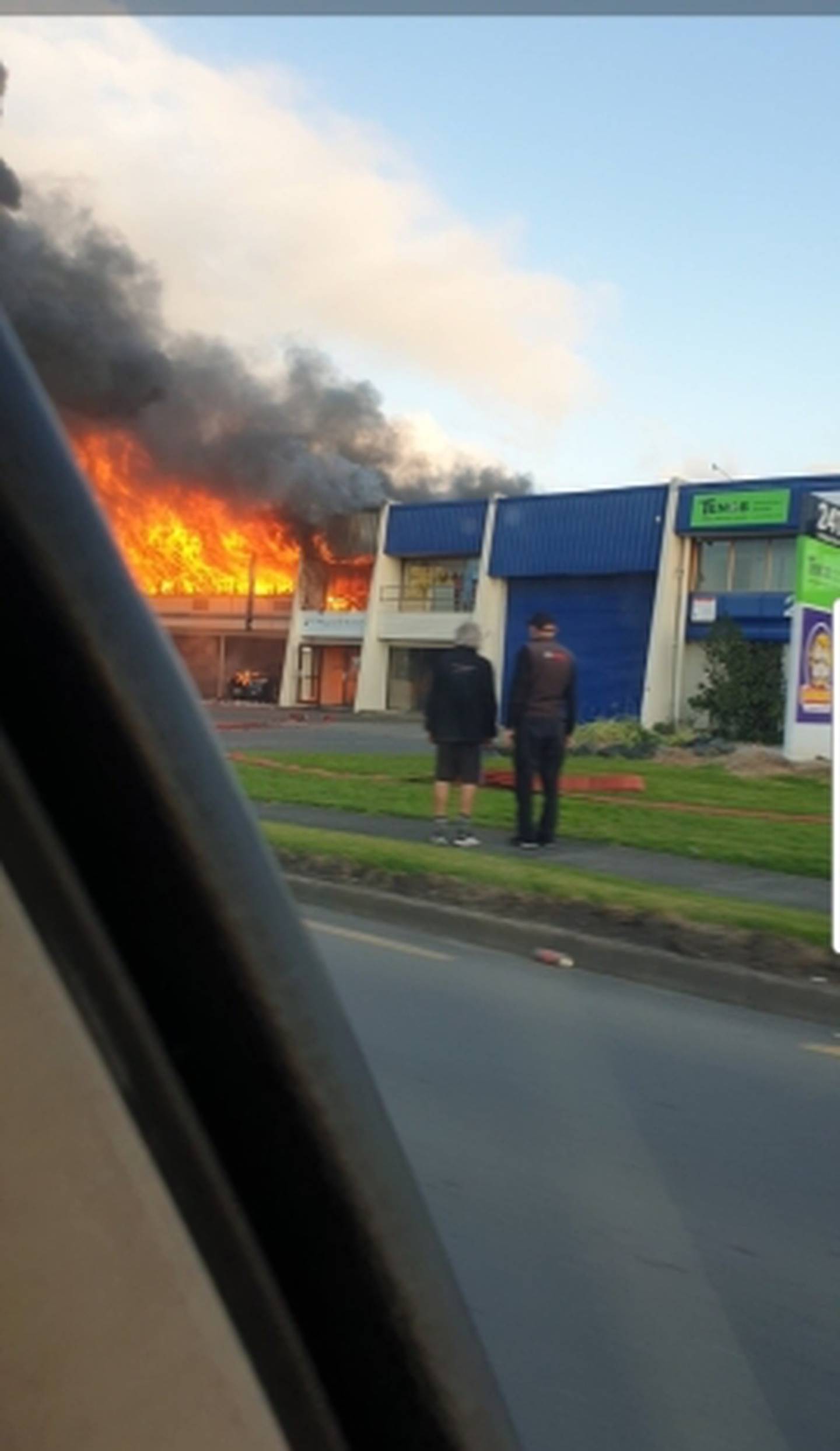 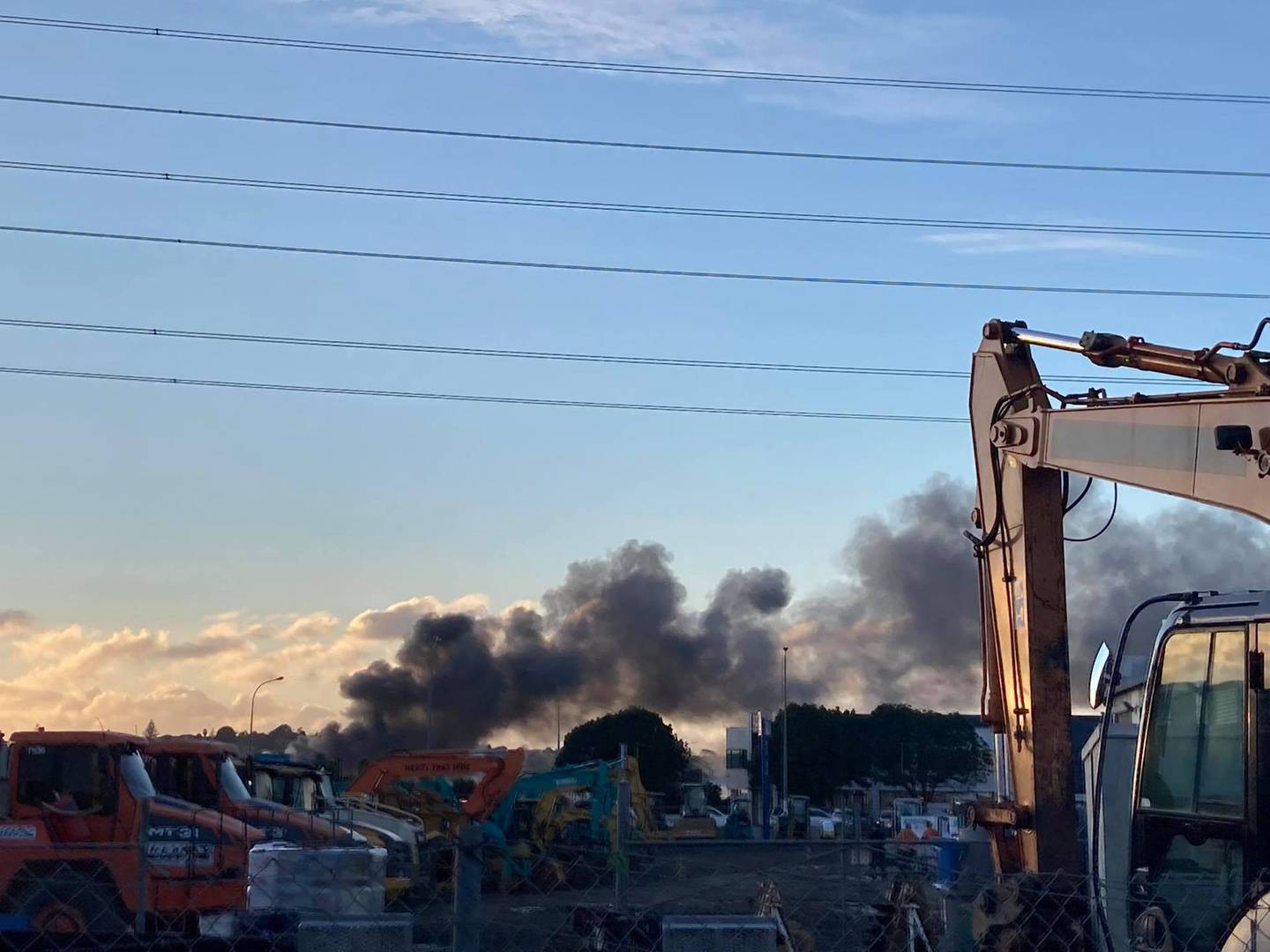 Emergency services are on the scene of a fire in East Auckland. (Photo / David Ball) 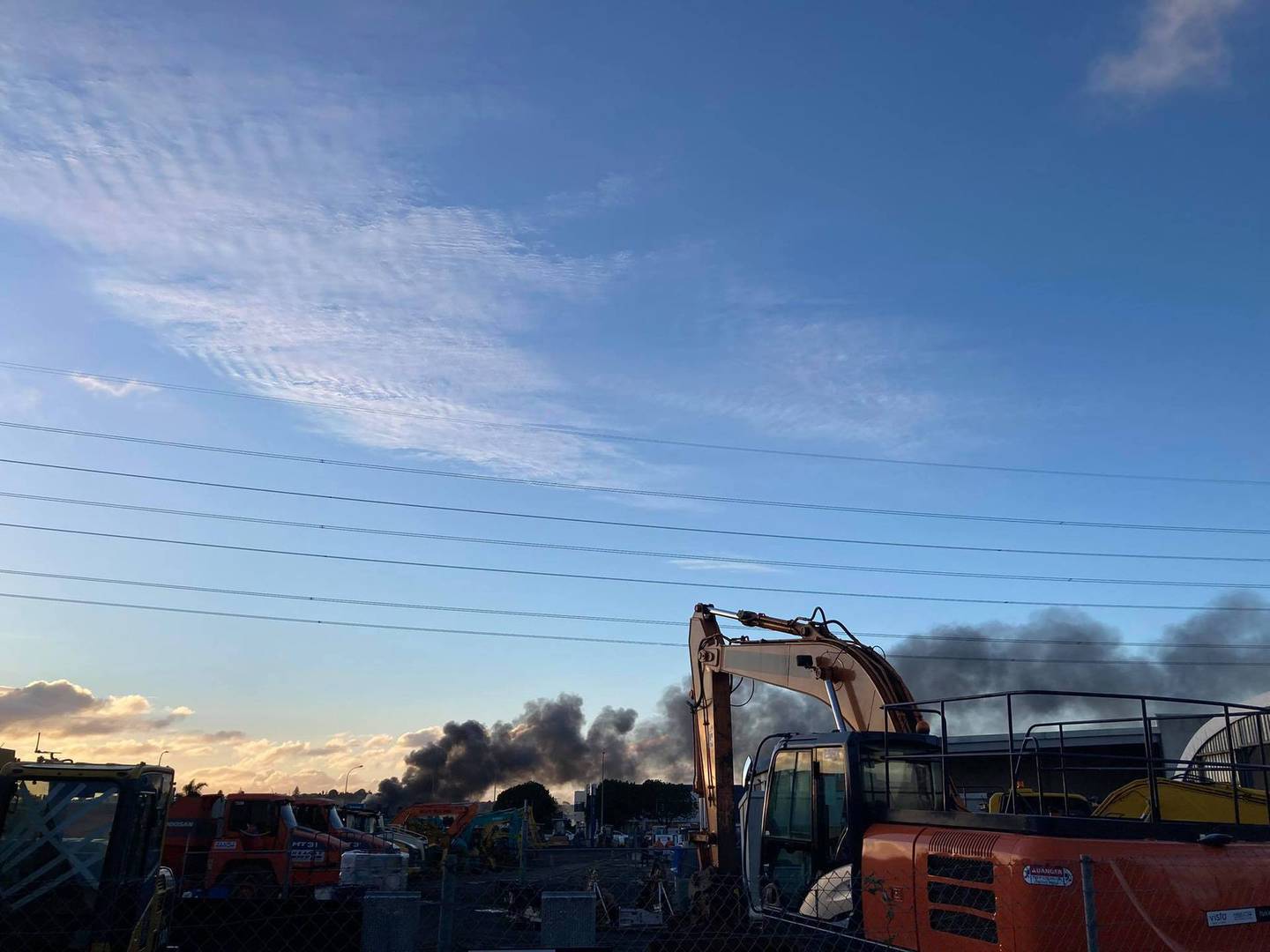 Plumes of smoke from a fire in East Auckland. (Photo / David Ball)

"The traffic is pretty bad," he said, describing it as "gridlocked".

Jay Jaay Marsh, who driving past the fire around 5.15pm, described seeing dense, thick black smoke coming from the blaze.

St John sent one rapid response unit to the fire.