The father of the three girls allegedly murdered by their own mother in Timaru has left New Zealand.

Graham Dickason travelled back to South Africa last month and it is not clear when he will return to New Zealand.

His wife Lauren Anne Dickason, 40, allegedly killed their three daughters at their Timaru home on September 16.

She is currently facing three charges of murder after the deaths of 6-year-old Liané, and 2-year-old twins Maya and Karla.

Lauren Dickason is scheduled to appear in the High Court at Christchurch next Friday morning.

She has entered not guilty pleas to all charges and a trial date has been set for 2023.

A week after the alleged murders Graham Dickason said he had forgiven his wife and felt she was also a victim in the tragedy.

The couple are from Pretoria. 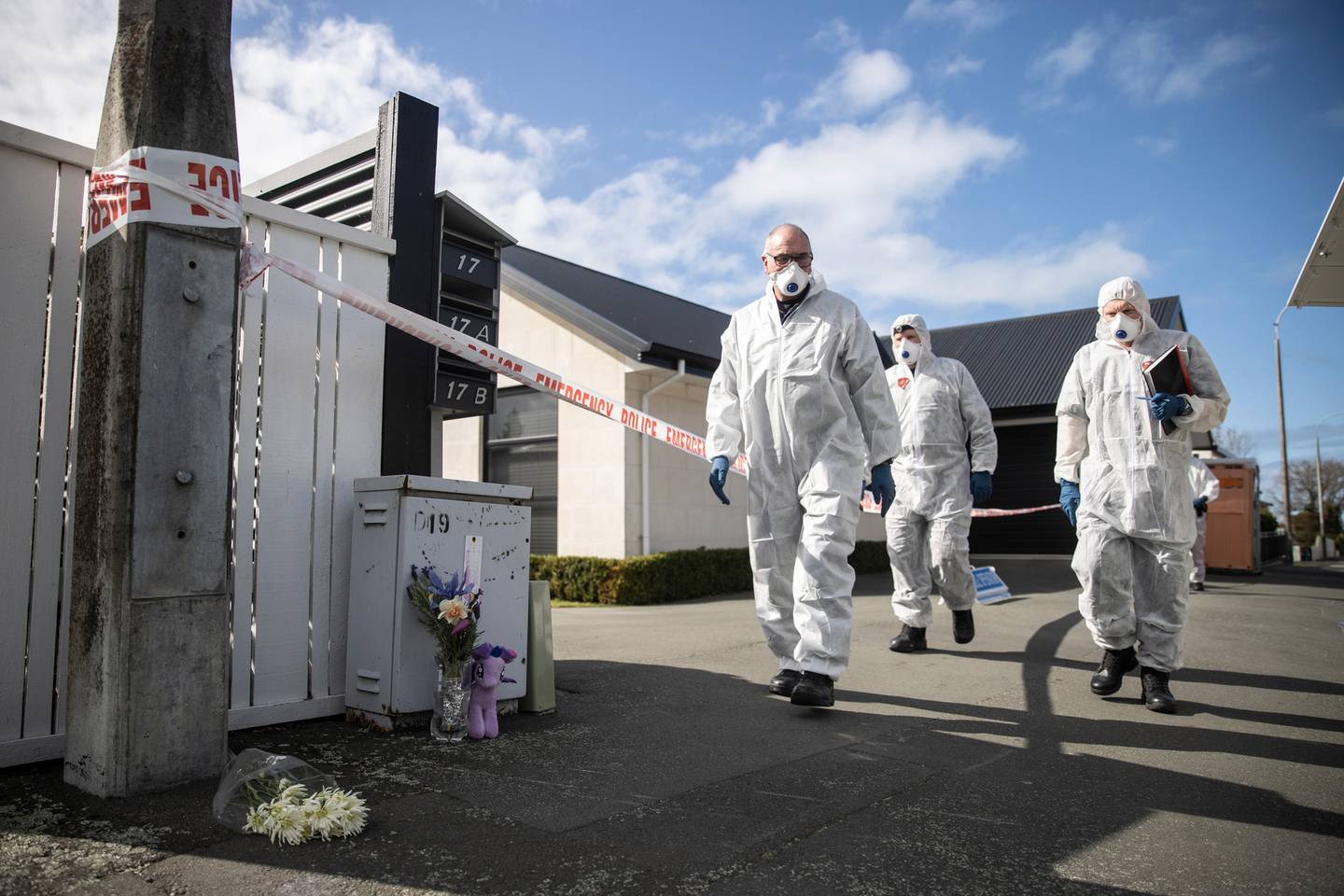 Police at the scene of the alleged triple murder. Photo / George Heard

They moved to New Zealand after Graham Dickason accepted a job at Timaru Hospital.

He is an orthopaedic surgeon.

It is understood he had been at a work function with colleagues and arrived home to find the grisly scene just two weeks after leaving managed isolation.

Details of the alleged murder have been suppressed.

Graham Dickason has shared images on Facebook of him in South Africa and it appears he is spending time camping and in the outdoors.

A source said he would not be back in New Zealand for his wife's next court appearance on December 17.

No return date has been set, the Herald has learned.

Details of any funeral of farewell for the little girls have not been shared by the family.

After Graham Dickason found his children a neighbour found him extremely distressed and called 111.

Police then converged on the house.

Lauren Dickason was unresponsive and in a critical condition when her husband arrived home.

She was taken to Timaru Hospital for treatment and was stable enough by Friday night to speak with police.

She was charged with murder soon after.

In September a service was held in Pretoria in memory of Liané, Maya and Karla.

Their uncle Graham Fawkes did not want to speak in-depth about what had happened to his nieces but shared photos with the Herald that were taken at a "celebration" of the girls earlier in the day.

"We love them and we will always love them," Fawkes told the Herald.

He said the gathering was held in Pretoria at a public space.

It was "more for family and close friends" but some members of the public also attended.

Three photos of the girls were lined up in a grassy area near a small pond.

The photos bore the children's names and a description of each of them.

"A beautiful little girl inside and out. You were such a chatterbox with an infectious laugh," Liané's read.

"You loved cuddles, you enjoyed baking - even though you ate a lot of the mixture before it was baked.

"You were so creative and loved your stickers and sparkles.

"You were kind and always cared deeply for those around you.

"You were a loving sister with a soft heart."

Karla was born with a cleft lip and her grandparents said last week she did not have the best start in life - but she overcame that and was brave and an explorer.

At the service she was described as "a beautiful little girl who was feisty, independent and strong".

"Yet, kind and caring," her photo caption read.

"You loved a cuddle and loved early mornings.

"Your smile left an impact on each person that met you.

"You were such a cheerful and happy little soul, your little personality was contagious."

Maya was remembered as "a beautiful gentle little girl who was always smiling".

"And a real little charmer who knew just what look to give us to get one more sweetie.

"Playful to the core, so happy and cheerful - you loved tea parties and perfected the pinkie finger."