Frustrated Olympic reject Zoe Hobbs has roared past her New Zealand 100m record as she chases a place in the world championship and Commonwealth Games teams.

Hobbs and fellow sprinter Eddie Osei-Nketia were furious at being overlooked for the Japan Olympics last year, with Hobbs saying it unnecessarily limited her international exposure and increased the financial stress.

She is aiming to crack the 11.15s qualifying mark and did so in the final, but the windspeed was just over the allowable limit.

"The strategy was to go hard in both (heat and final) as it's not often we get perfect conditions like this," said the Auckland based Hobbs who is originally from Taranaki. 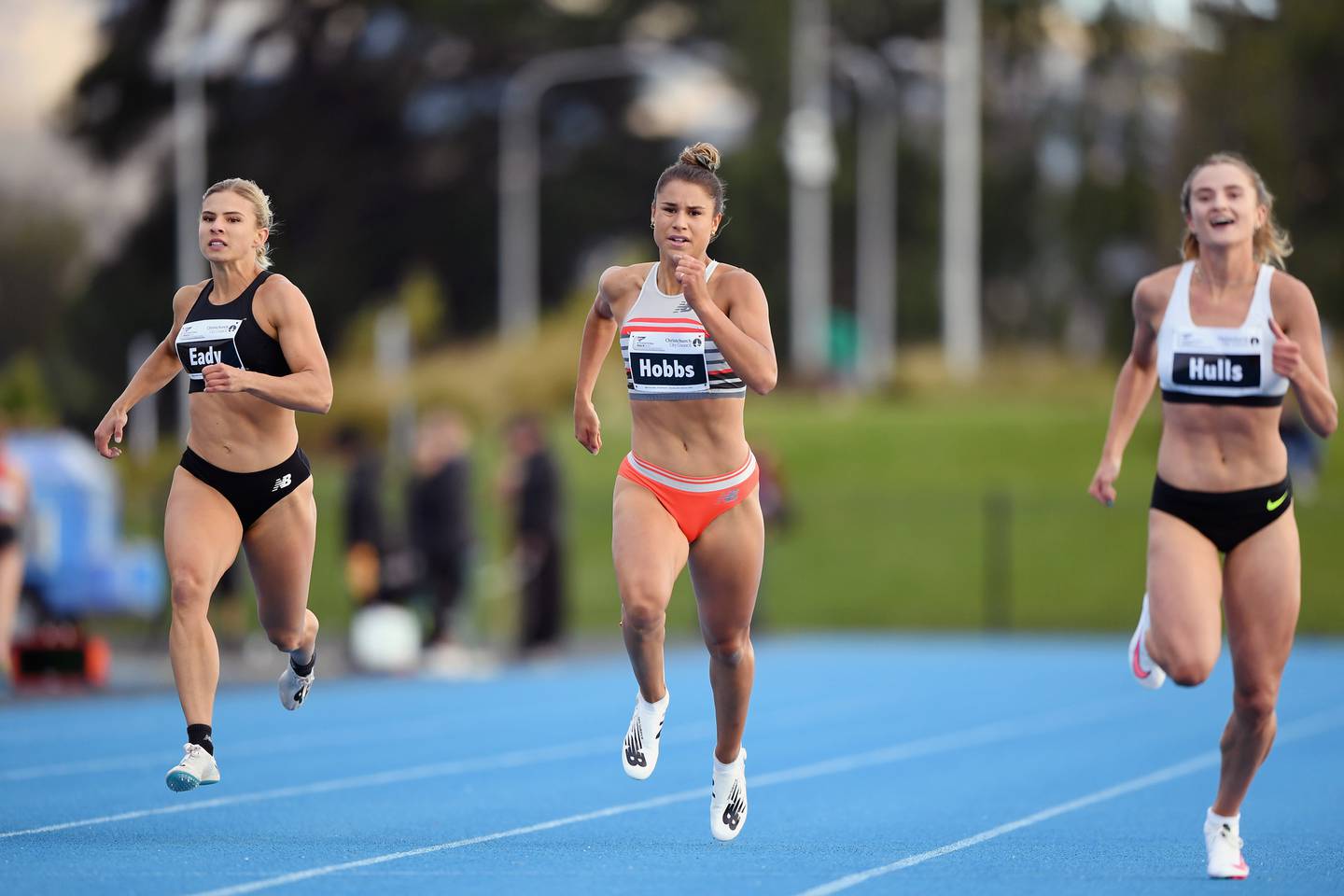 "I was so happy to get the record in the heat. It ticked that box going into the final.

"I then just wanted to refocus for the final and reinforce what I'd done. I have bigger goals…to run 11.14s was bitter sweet but I will take a national record."

Christchurch 21-year-old Tiaan Whelpton won the men's 100m and pipped Gus Nketia's 28-year-old record in the heats but the windspeed was well above the limit.

Whelpton easily won the final in 10.18s but was short of the 10.12s Commonwealth Games B qualifying standard Wellington's Cody Wilson was second.

Olivia McTaggart from North Harbour set a personal best 4.6m to win the pole vault and beat the Commonwealth Games qualifying mark for a second time.