By Michael Burgess in Doha

New Zealand's Fifa World Cup dream is over – and this is going to hurt for quite some time.

Of all the ways to lose an Fifa Intercontinental World Cup playoff, this was undoubtedly the worst.

Even Peru's fate the night before in a penalty shootout would have possibly been better than this scenario.

Never has a New Zealand side played so well on the world stage and got so little, as they couldn't convert numerous chances, after Costa Rica's soft third minute goal to Joel Campbell, to lose 1-0.

The All Whites were given no favours by the officials, with a first half Chris Wood goal controversially chalked off via a VAR intervention, while substitute Kosta Barbarouses was sent off within minutes of coming on (though that looked a correct decision). 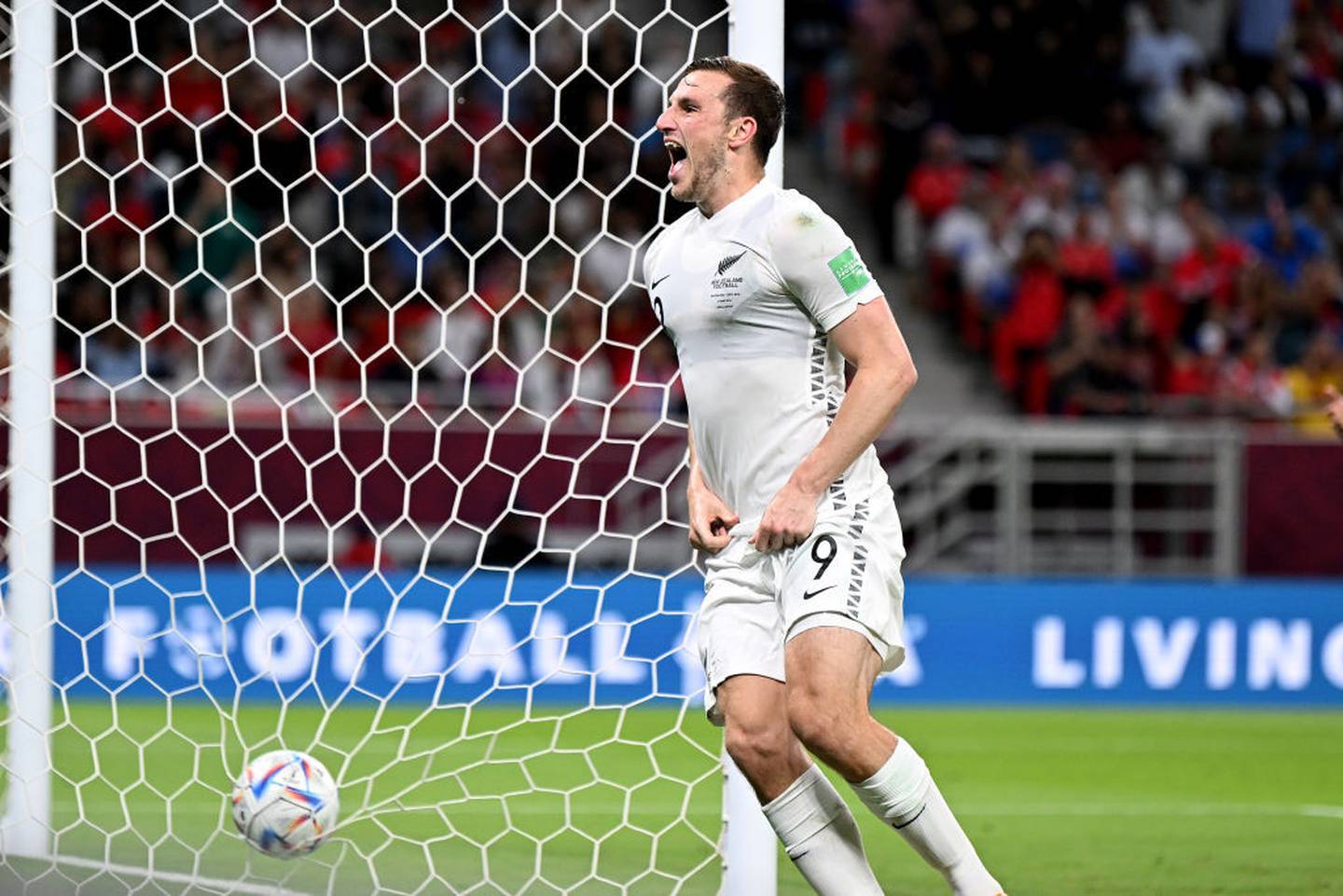 New Zealand were on the ascendancy for almost the entire match, as the Central Americans defended their lead. They cleverly wasted plenty of time, while the UAE referee Mohammed Abdulla Hassan Mohamed was overawed and completely out of his depth.

The All Whites had a staggering 15 shots (to four) with Wood and Lewis forced good saves from Keylor Navas.

Ultimately they will be left to rue the awful concession of Campbell's goal, with Clayton Lewis and Nando Pijnaker hesitant in the box.

Costa Rica, in contrast, defended desperately all night, by whatever means possible.

Coach Danny Hay also made some unusual decisions, with the second half removal of the dangerous Matt Garbett and Alex Greive hard to understand.

Earlier Hay made two changes to the starting XI which faced Peru, with Clayton Lewis and Nando Pijnaker coming in for Marko Stamenic and Tommy Smith respectively.

The atmosphere had started building inside the Admed Bin Ali stadium two hours before kickoff, as the Costa Rican fans streamed in, to take over an entire lower tier, with an estimated 3,500 by kickoff. The New Zealand support was much more modest – a few hundred from Europe, the Gulf, Australia and some hardy ones who had arrived from home.

All of New Zealand's plans went out the window in the 3rd minute, with the terribly soft goal. Bill Tuiloma was caught out down the left, before Campbell squirmed a shot past Oli Sail into the bottom right hand corner of the net, somehow first to the cross despite the presence of several All Whites.

Despite that massive setback, they responded quickly and produced one of the best halves of football seen by a New Zealand team at this level.

They dominated possession, but used it well, as Costa Rica sat deep in two banks of four. It was extraordinary to watch, as the All Whites found space down both flanks.

Greive probably should have equalised in the 12th minute, as he anticipated a Wood knockdown, but the St Mirren striker flashed his shot just wide of the far post. Only a desperate block stopped a Garbett effort, before Wood was denied by Navas on his goal line, as he redirected a neat Joe Bell cross.

It was stirring stuff, as the Costa Rica crowd fell completely silent, while the All Whites' chants started to be heard.

It was around this time that Costa Rica began their deliberate time wasting, with Navas using up almost one minute at one point. There were more chances, with Garbett and Tuiloma both having shots charged down, before the big flashpoint of the half.

Smart work from Garbett created space down the left, with the ball eventually falling to Wood, who finished unerringly into the net. However, the goal was chalked off, after a VAR review, with the referee called to the sideline.

It was possibly a correct call – as Garbett tussled with a Costa Rican defender in the lead up to the goal – but it was a big decision in the circumstances by the inexperienced Qataris in the VAR box to refer.

That only increased New Zealand's frustration with the officials, with Wood earlier booked for simulation in the box.

Greive had a good chance early in the second half, but his touch allowed a defender to intercept.

Costa Rica brought on three substitutes at halftime, including the experienced Bryan Ruiz, as they tried to manage the game.

Danny Hay rolled his own replacements, with Barbarouses (Garbett) and Ben Waine (Greive) just after the hour. At first glance it was hard to understand and it soon turned into a bit of a disaster.

Barbarouses had barely touched the ball when he made a poor touch, before lunging crudely at a Costa Rican defender. He was initially booked, before a VAR review found a red card. 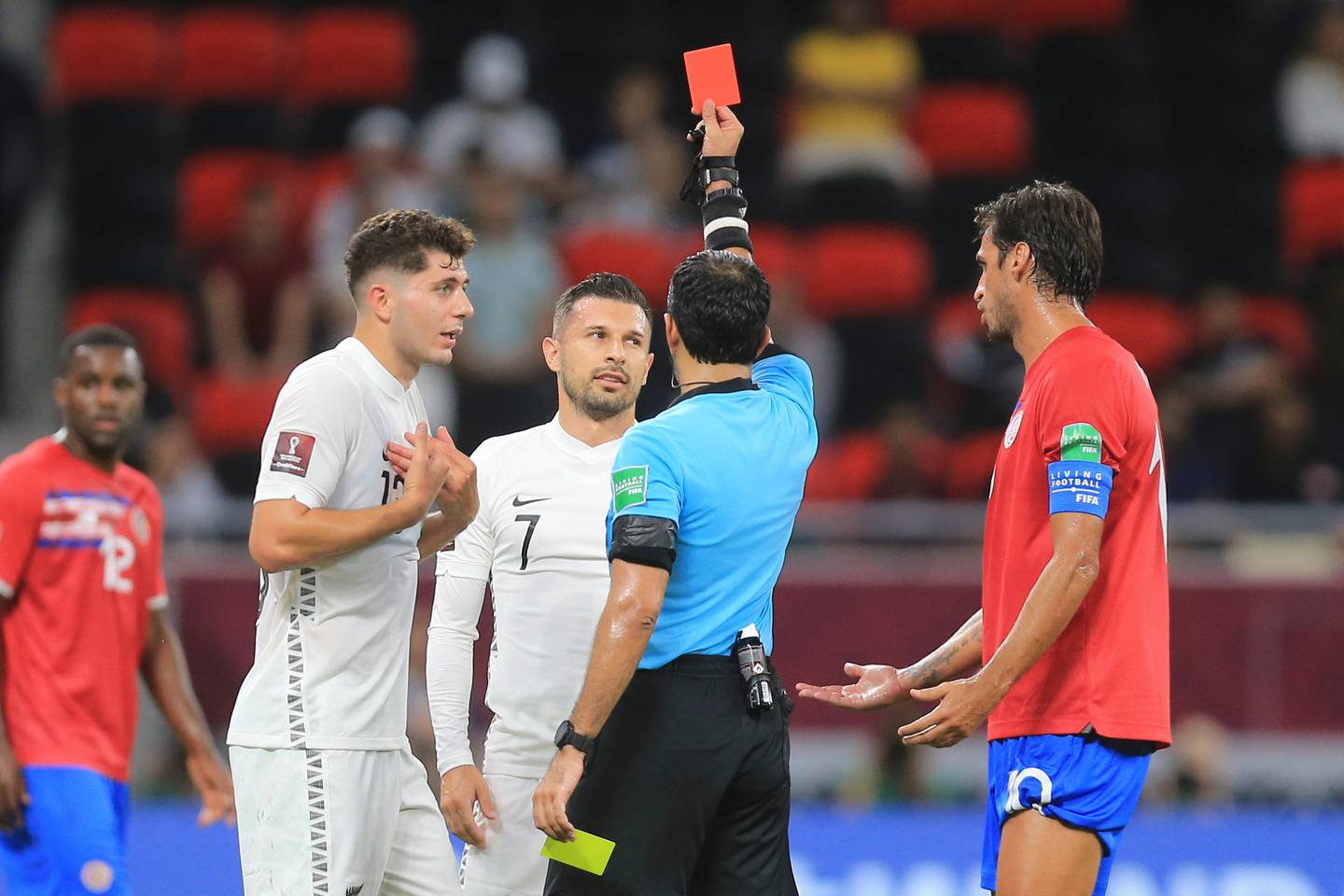 The tide was turning and that feeling only increased with Reid was booked, before the captain was replaced in the 72nd minute by Elijah Just. The New Zealand team battled manfully with 10 men, creating plenty of chances, including two to Wood, but there was a sense that it just wasn't their night.