Captain Mahmudullah warned his loaded Bangladesh side that it can't be complacent against a weakened New Zealand going into their five-match Twenty20 series starting on Wednesday.

New Zealand has picked none of its Twenty20 World Cup squad for its first tour of Bangladesh since 2013. Tom Latham is the stand-in captain and Glenn Pocknall the stand-in coach.

Even so, Mahmudullah said on Tuesday the New Zealanders can't be underestimated.

"New Zealand is without their first-choice players but they are well organised and an extremely disciplined side," Mahmudullah said. "They are a team which does a lot of homework about condition and opponents. From what I have seen, they always try to execute their plan well."

He wants the same urgency and hunger his players showed against Australia, which Bangladesh crushed 4-1 a month ago, also at home. 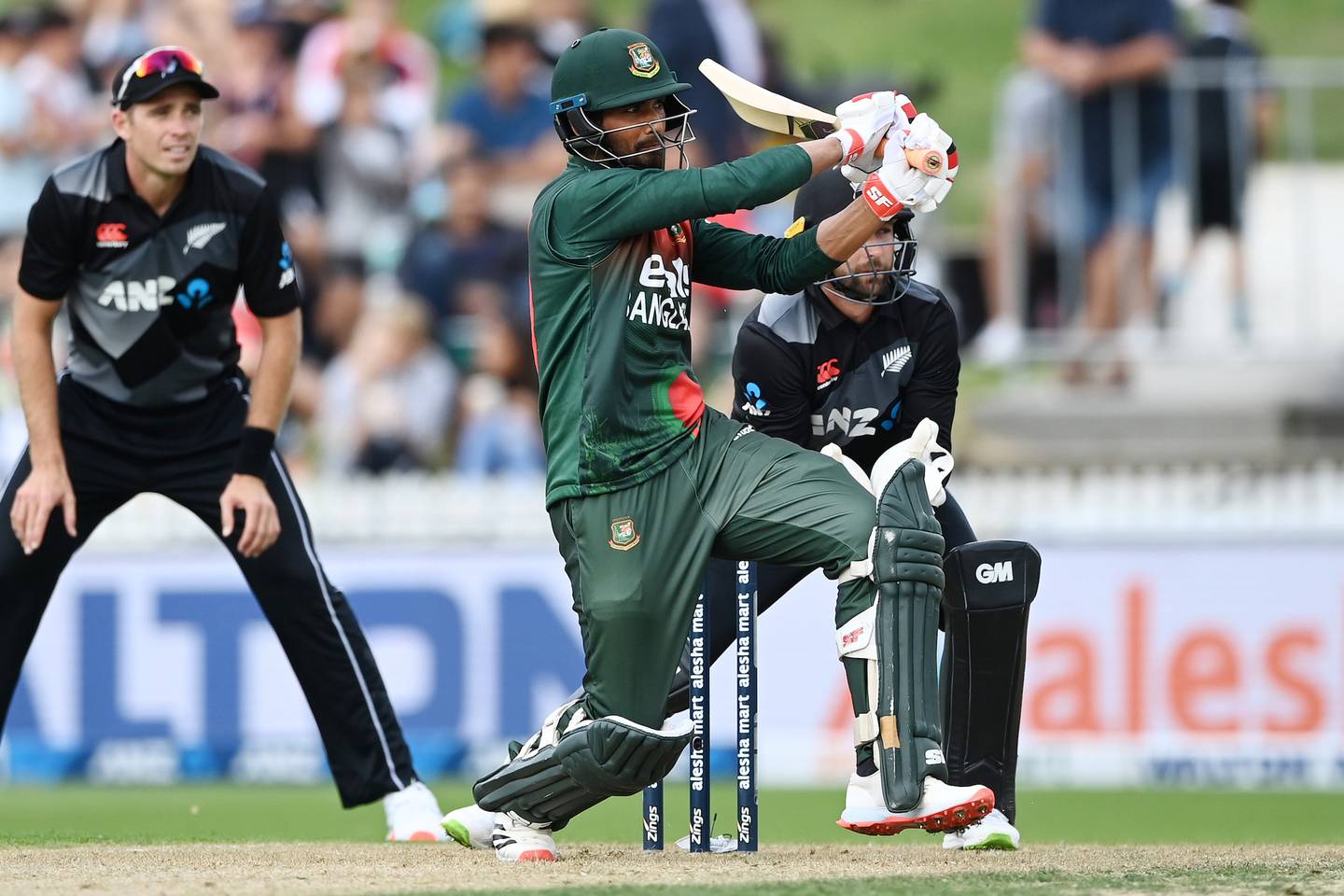 Mahmudullah in action against the Blackcaps in February. Photosport

"T20 is such a format that you need to be positive always and play well from the first ball," he said.

"We were positive against Australia from the first ball and it gave us the edge in that series. We were hungry for the victory. I know our T20 record against New Zealand. I think we should show the hunger against New Zealand also. There is a positive vibe and we are upbeat to win it."

Bangladesh is heavily favoured to finally beat New Zealand for the first time in the format. The home side won't veer far from its strategy against the Australians on the same spinning paradise pitches at Shere Bangla National Stadium.

Shakib Al Hasan and Nasum Ahmed should extract suffocating spin, and the middle order batting will be bolstered by the return from injury of Mushfiqur Rahim.

New Zealand has only three players with more than 10 T20s -- Latham, Colin de Grandhomme and Scott Kuggeleijn -- and three more who could make their international debut. They all have a chance to impress as injury replacements for the coming T20 World Cup.

"We know things won't be easy over here, looking at the Australia series," Latham said.

"This is a slightly younger group. There's a bit of experience here, so will try to lean on those guys as much as possible. Most of the guys have played T20s for New Zealand but probably not as much as they would like to. We have to enjoy ourselves out there, and stick to a brand of cricket that we believe can be successful in these conditions. Our goal is to win the series."