A South African boxer is reportedly in a coma after terrifying video emerged showing the moment he turned away from his opponent and began punching the air during a title fight.

Simiso Buthelezi was on top during his WBF African lightweight title fight against Siphesihle Mntungwa last weekend when he became disoriented and the referee was forced to step in and end the contest.

Buthelezi had just knocked his opponent through the ropes in the 10th and final round when he turned his back and appeared to punch in the direction of the referee, before advancing on the corner of the ring and swinging at thin air.

Very scary in South Africa please 🙏🏼 for Simiso Buthelezi (4-1). At 2:43 of the 10th & final round, Siphesihle Mntungwa (7-1-2) falls through the ropes but then Buthelezi appears to lose his understanding of the present situation. Mntungwa takes the WBF African lightweight title pic.twitter.com/YhfCI623LB 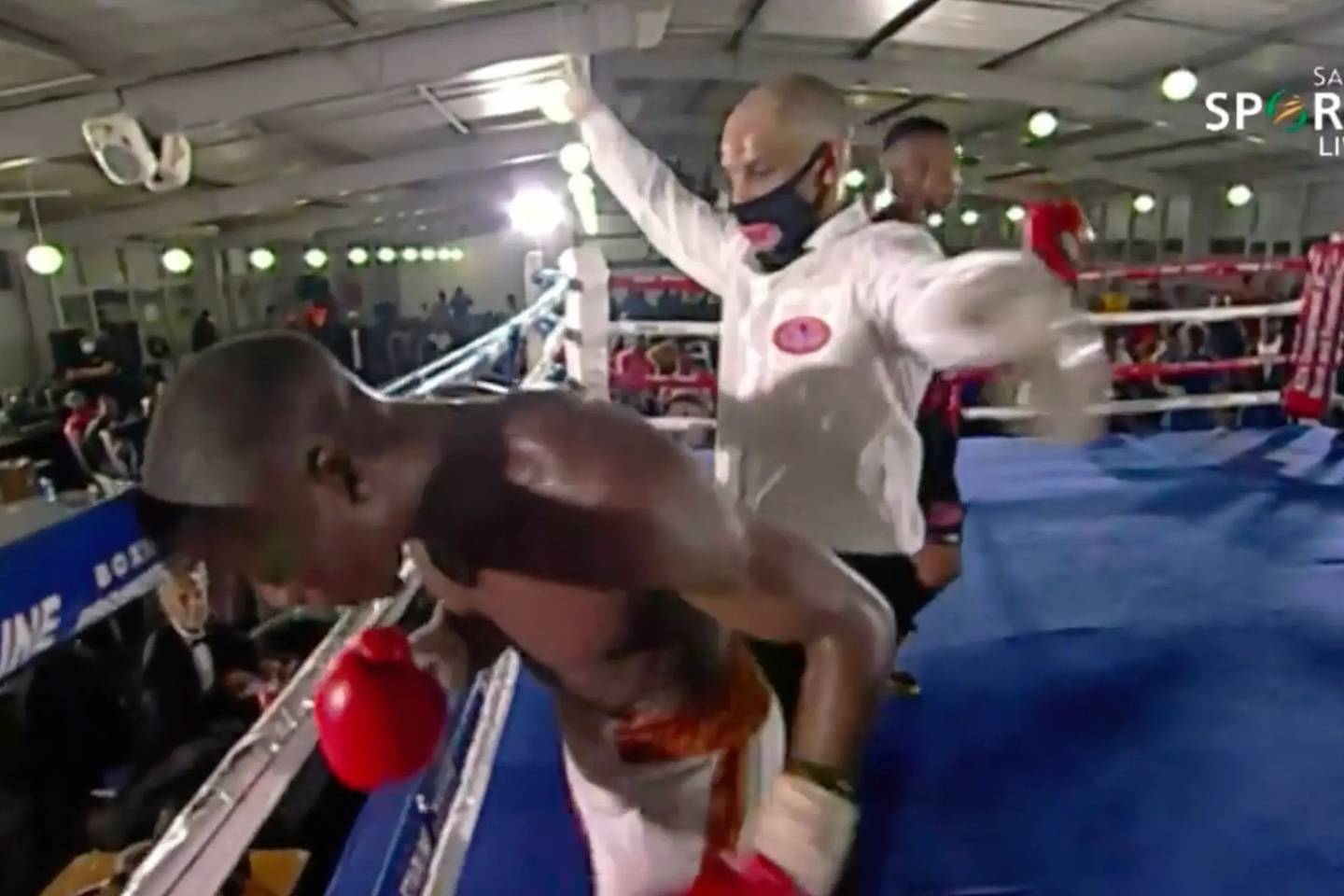 The referee stepped in to stop the fight. Photo / @TimBoxeo

South African reporter Thabiso Mosia later gave an update on the boxer's condition, quoting his trainer as saying Buthelezi was in a coma.

"There's no change in his condition, he's in a coma, he's not talking, moving or doing anything right now," Bheki Mngomezulu said.

"The doctors say there could be a blood clot on the brain due to a blow to the head.

"This is very tough to take, especially for his family. Simiso has just graduated two weeks ago at UniZulu in zoology and botany. The family can't understand why this had to happen because Simiso has a bright future."