Indian spin bowler Ravichandran Ashwin has taken aim at "nasty" Australian cricket fans after the Test match between India and Australia was interrupted by another ugly incident on Sunday afternoon.

In the 87th over of Australia's second innings at the SCG, Indian bowler Mohammed Siraj stopped play to call attention to an incident in the crowd.

After talking to Siraj and Indian captain Ajinkya Rahane, the umpires and a cluster of security guards quickly migrated towards the fine leg boundary.

Players waited in the field for approximately 10 minutes as police questioned a handful of spectators in the SCG's Brewongle Stand.

Eventually, four attendees were escorted from the venue before play resumed, and two other men followed them soon after. 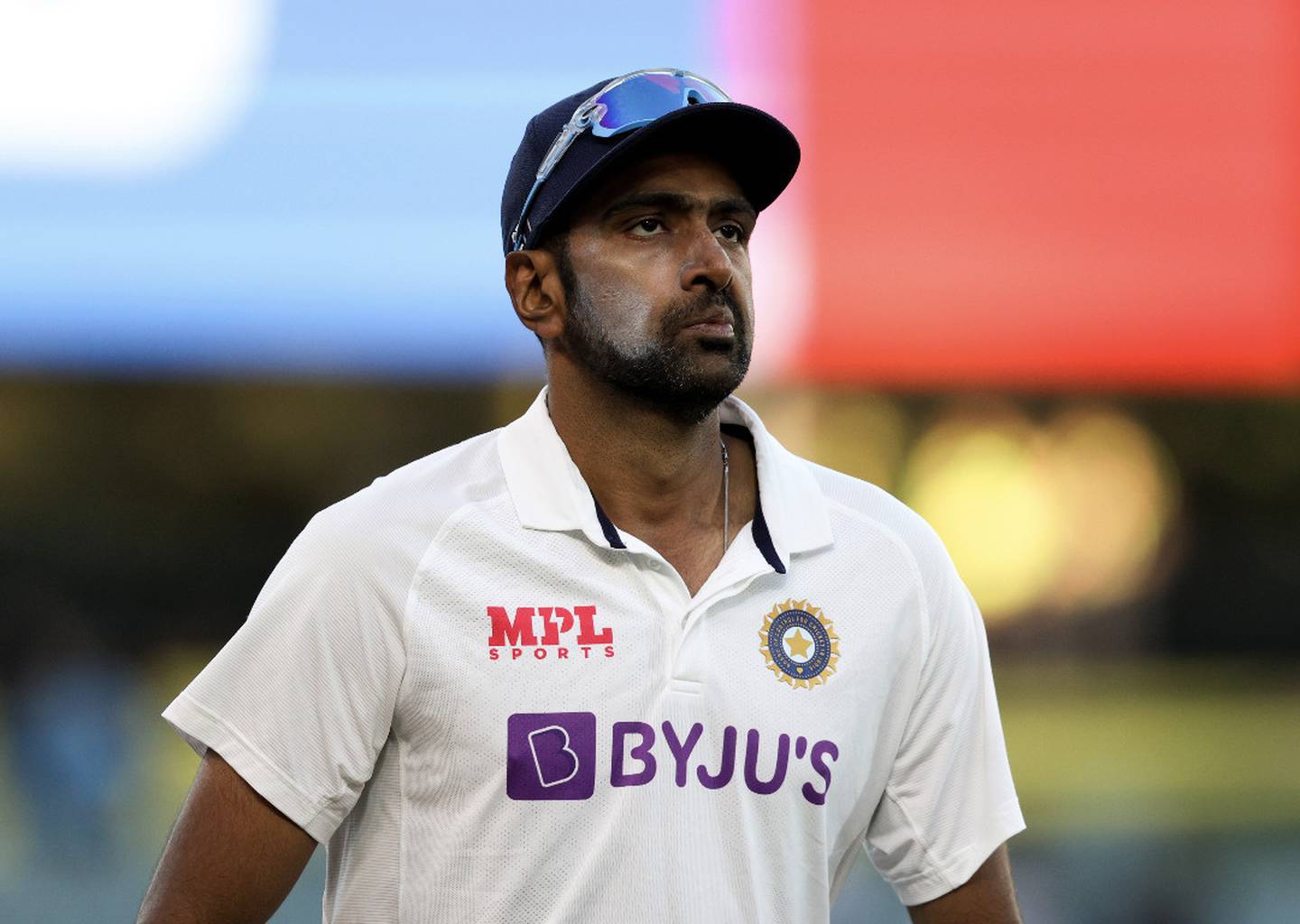 Indian spin bowler Ravichandran Ashwin says he didn't know what racial abuse was before he went to Australia. (Photo / Photosport)

The incident comes after India reportedly lodged a complaint to the ICC after two players allegedly faced racial abuse from the SCG crowd on Saturday.

"Having gone through many incidents of really pathetic things said on the boundary Iines, this is the absolute peak of rowdy behaviour," Kohli tweeted. "It's sad to see this happen on the field.

"The incident needs to be looked at with absolute urgency and seriousness and strict action against the offenders should set things straight for once."

Speaking to reporters after day four, Ashwin claimed he has been subjected to abuse from Australian crowds for almost a decade.

"This is my fourth tour to Australia, and ... we've had a few experiences in the past," Ashwin said on Sunday evening.

"If I take myself back to my first tour in 2011/12, I had no clue about what racial abuse is and how you can be made to feel small in front of so many people.

"And people actually laugh at you when you get abused, and other people laugh along when these things are happening.

"When I stood at the boundary line, you wanted to stand another 10 yards in to keep yourself away from these things."

Ashwin pleaded for authorities to come down hard on the spectators who allegedly hurled racist abuse at his teammates.

"I was quite surprised that some sections of the crowd continually did it and there were not mates around them to pull them up," Ashwin said. "It definitely had to be dealt with, disappointing is a very mild word.

"They have been quite nasty and hurling abuse as well. There is a time where they have gone one step ahead and used racial abuse.

"It is definitely not acceptable in this day and age. We have seen a lot and evolved as a society. Sometimes I think this roots back to the upbringing and the way one sees. This must definitely be dealt with an iron fist and we must make sure it doesn't happen again. 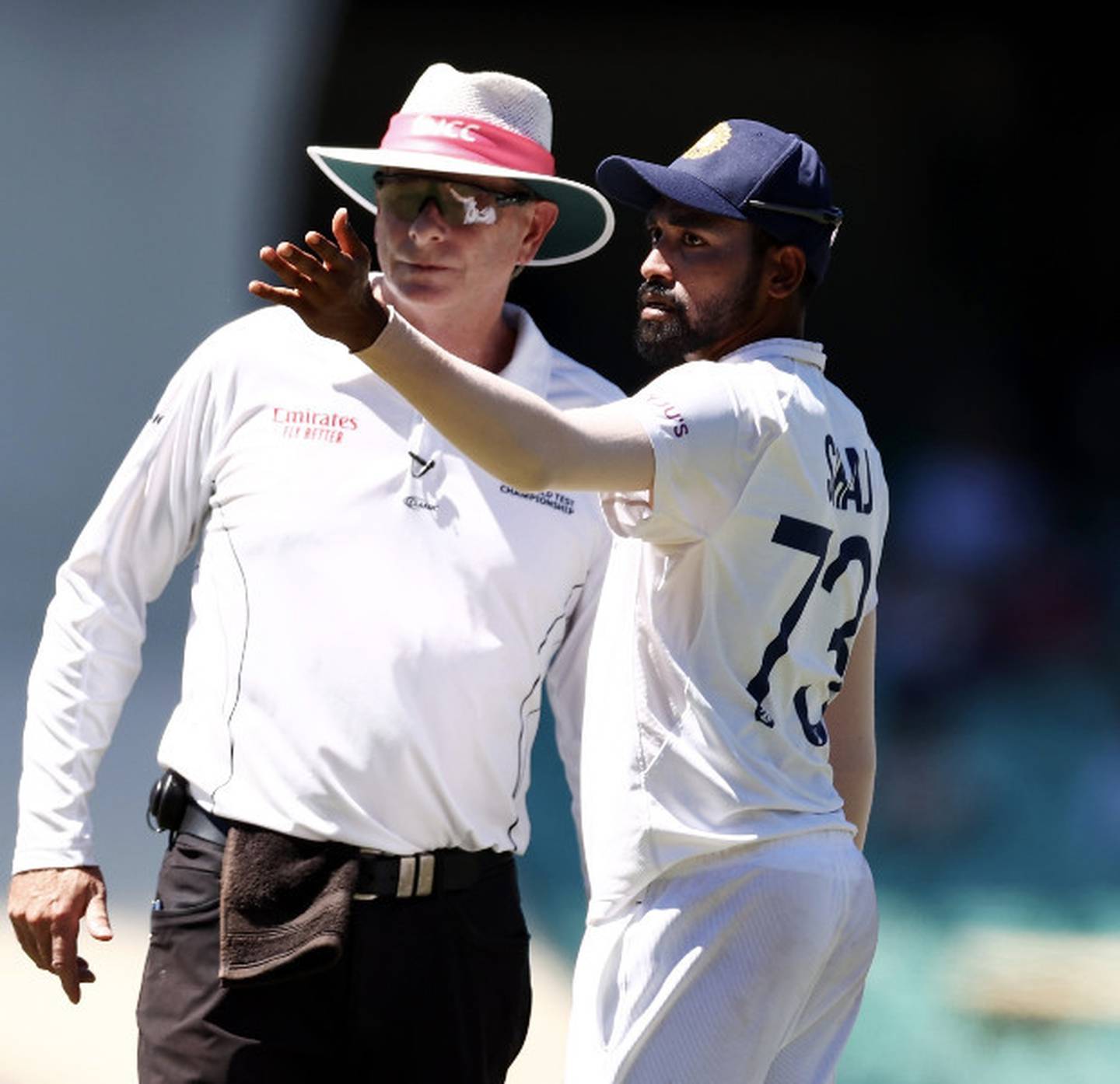 Mohammed Siraj of India stops play to make a formal complaint to Umpire Paul Reiffel about some spectators. (Photo / Getty)

On Sunday evening, Cricket Australia confirmed the patrons had been removed from the stadium, and NSW Police was investigating the incident. CA has also launched its own inquiry into the matter.

CA's Head of Integrity and Security Sean Carroll said the abuse of cricketers by crowd members was not acceptable.

"We thank the Indian team for their vigilance in reporting today's incident, which we are now in the process of investigating," Carroll said.

"It is most regrettable that an otherwise excellent Test match contested in tremendous spirit by two friendly rivals has been tarnished by the actions of a small number of spectators over the past two days.

"As hosts, we once again apologise to the Indian team."

"It's one of greatest my pet hates in life that people think they can come to a sporting event … and think they can abuse and say whatever they like," Langer said.

"It's really sad to see it happen in Australia."

"And we must say, we were all quite happy those people were evicted."

One alleged witness told the Sydney Morning Herald he only heard someone say "Welcome to Sydney, Siraj" but overnight reports from India paint a far different picture.

"Siraj was referred to as 'Brown Dog' and 'Big Monkey' both of which are racist slurs. The matter was immediately brought to the notice of on-field umpires. They were constantly abusing Bumrah too," a BCCI source told the Press Trust of India.

The Times of India newspaper said that the fans on Saturday had been drunk. "Bumrah and Siraj were called monkeys, w**ker and motherf**ker by the people almost throughout the time they were fielding," it claimed.