Carlos Ulberg has passed another test with flying colours.

Heading into the UFC early in his mixed martial arts career, the Kiwi light heavyweight knew it was going to be a learning experience, but he has shown improvements at every level.

On Sunday, in his third UFC appearance, Ulberg had a performance to remember.

Ulberg, who went into the fight as an underdog with the bookmakers, caught Nchukwi early with a swooping left hand over the guard, drawing Nchukwi's right hand down with a feint before swinging above it.

The shot sent Nchukwi stumbling backward and while he was able to stay on his feet, it was clear he had been stunned. Ulberg gave Nchukwi no time to recover, hammering him with a four-punch flurry to get the finish.

"I've seen his game, I've watched a bit of tape and he seems to parry with his right hand so I knew that was going to be there eventually," Ulberg said of being able to create the opening. 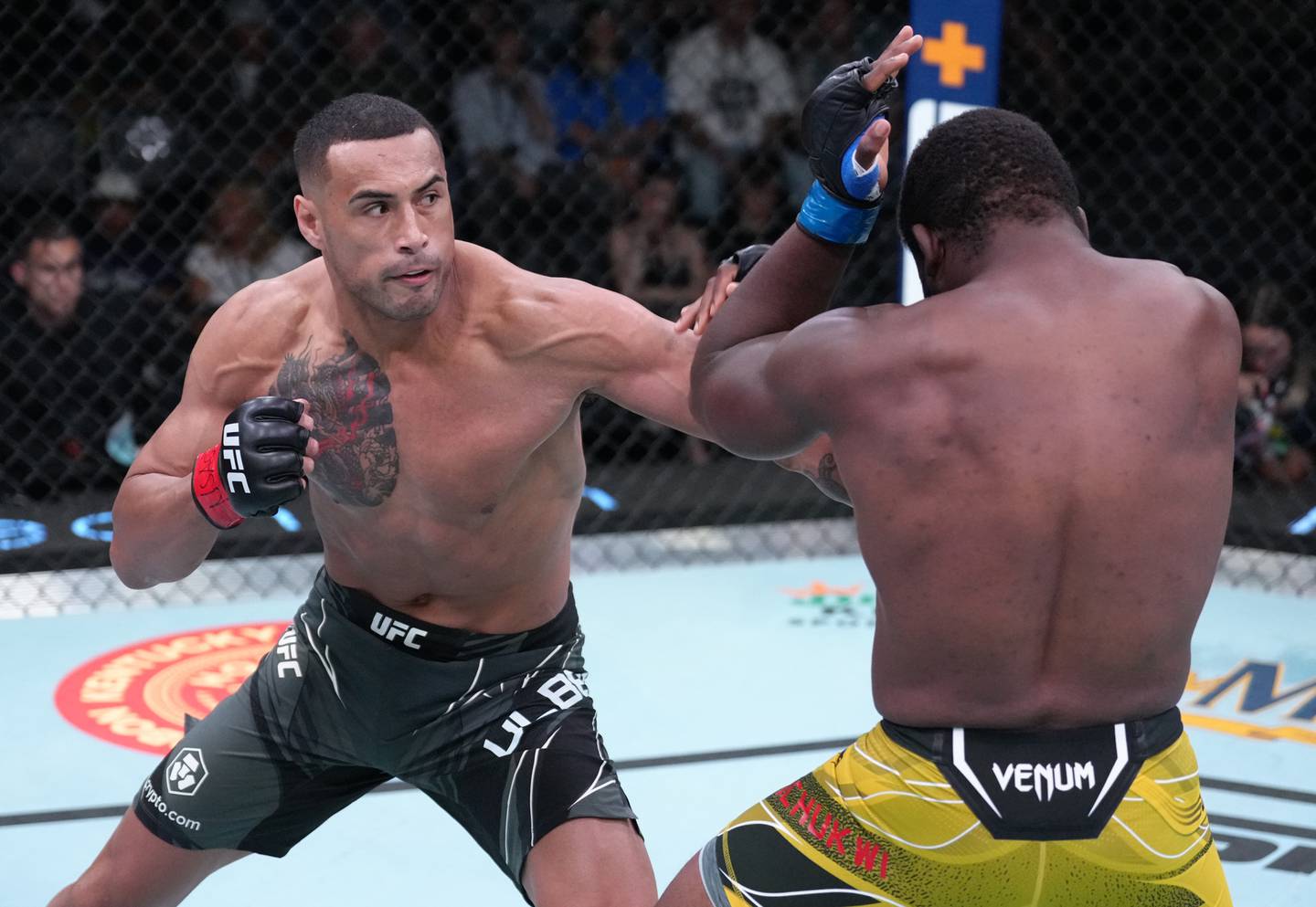 It was Ulberg's first win by stoppage since making his debut in the UFC in early 2021, and is his second win of the year after out-pointing Fabio Cherant in February. It also continues his run of having a significant advantage in strikes landed over his opponents.

"I'm new to this sport of MMA but I work and I work fast," Ulberg said. "I've got a really good team behind me so it's a matter of time and I'll get there, for sure."

The win sees Ulberg move to 7-1 in his MMA career, and 2-1 in the UFC with a good bounce back in 2022 after dropping his debut.

There were several familiar faces on hand to cheer him on at the UFC Apex in Las Vegas, with teammates from Auckland's City Kickboxing gym, including UFC champion Israel Adesanya and top-ranked lightweight Brad Riddell, who flew over to Vegas early to catch the bout, ahead of their own fights at UFC 276 next weekend.

Adesanya defends his middleweight title against Jared Cannonier in the main event, while Brad Riddell takes on surging contender Jalin Turner looking to further his position in the lightweight division.