Dan Hooker is of a rare breed.

After a heavily interrupted fight camp leading into his unanimous decision win over Nasrat Haqparast at UFC 266 in Las Vegas last weekend, the Kiwi lightweight contender is getting right back on the horse.

Hooker, currently ranked No 6 in the division, has jumped into a short-notice booking against No 5-ranked Islam Makhachev, with the two set to meet at UFC 267 on Fight Island in Abu Dhabi on October 30.

City Kickboxing head coach Eugene Bareman confirmed the booking to the Herald, and said Hooker would be staying in the United States in order to prepare for it.

Hooker, who has never been one to turn down a fight on offer, will most likely now find himself stuck outside of the country in order to take on the job. He was due to return to New Zealand this weekend having secured an MIQ spot earlier in the year, but it seems unlikely he will be making the trip home given the task at hand.

With Makhachev's wrestling being at the forefront of his approach to the sport and his real key to victory, Hooker would not benefit from having to spend two weeks alone in a hotel room where he would be unable to do any form of grappling. 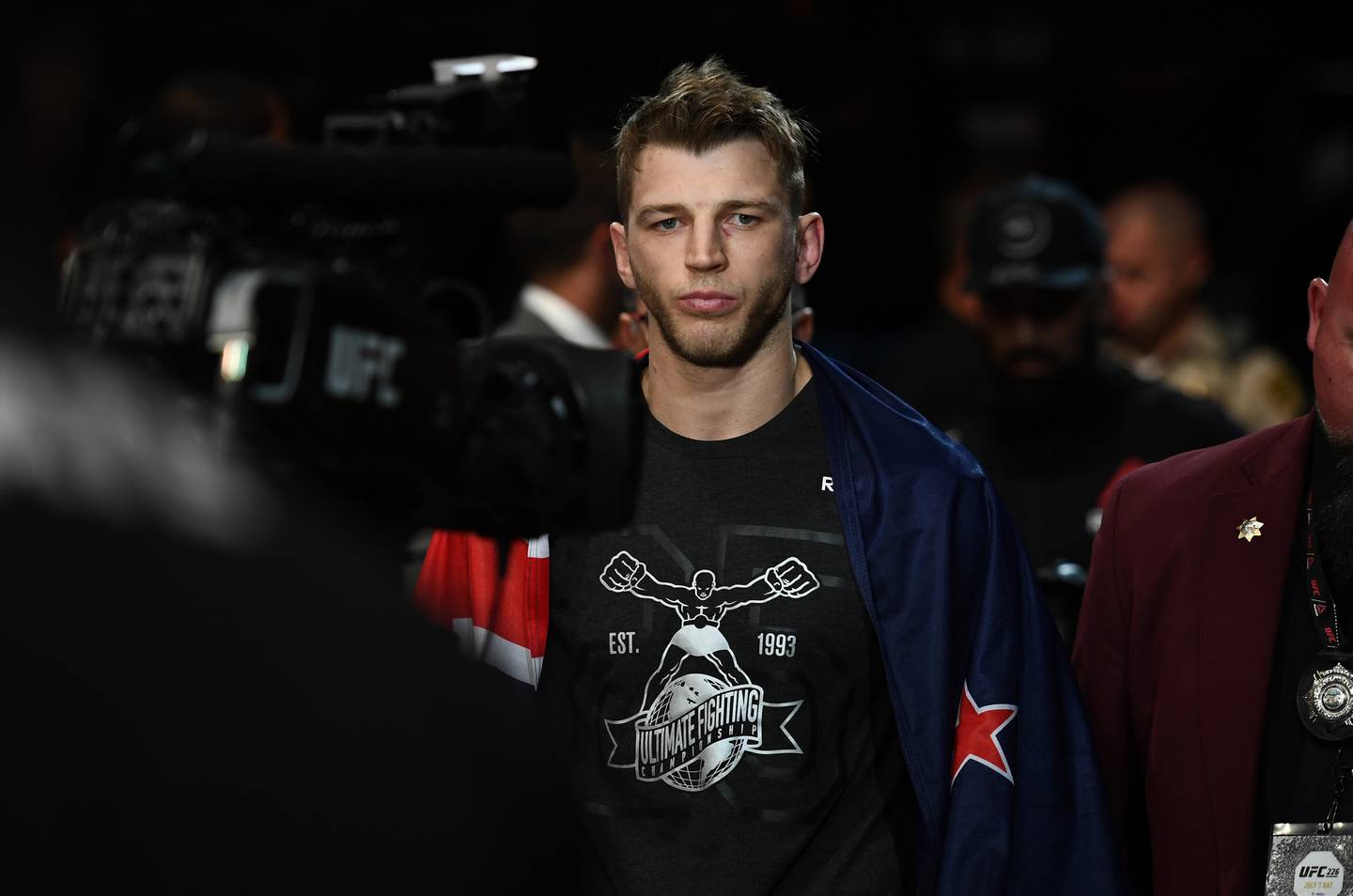 Dan Hooker will return to the UFC octagon at the end of the month. Photo / Getty Images

Hooker steps in to the fight after Rafael Dos Anjos was forced to withdraw due to injury, leaving Makhachev without an opponent on one of the biggest cards of the year – with both the light heavyweight title and interim bantamweight title being contested.

It's a huge turn of events for Hooker, who despite his best efforts struggled to find a match up after losing to Michael Chandler on Fight Island in January. After having to take on an unranked fighter in Haqparast just to get some work in, the 31-year-old now gets arguably the toughest match up in the division on four weeks' notice.

Makhachev was won nine of his 10 UFC bouts and has lost just once in 21 professional appearances. A strong wrestler, the Russian has used his grappling to great effect in the UFC, often grinding the energy out of his opponents on the mat before often finding a way to finish the fight.

An underrated aspect of the Kiwi's own abilities, Hooker showed his wrestling chops at the weekend against Haqparast as he scored three takedowns and controlled the fight on the mat well, despite doing a large part of his training alone in his garage during lockdown in Auckland.

In Hooker, Makhachev will face his toughest test in the UFC yet. Although he has been ranked No 5 in the division, Makhachev has only fought one ranked fighter in his UFC career – No 15 Thiago Moises – and both fighters have plenty to gain from the booking later this month.