Don't expect to see Martin Guptill doing any voluntary training ahead of the Blackcaps' next game at the Twenty20 World Cup.

Guptill was New Zealand's match-winner in their 16-run win over Scotland, a victory which puts them two wins away from progressing into the semifinals.

He did so with an innings that was equal parts exhilarating and exhausting, blasting six fours and seven sixes, but also spending plenty of time hunched over in a crouch, taking deep breaths to recover in the 33 degree Dubai heat.

The end result was a special performance – 93 off 56 balls – which guided the Blackcaps to 172-5, a total Scotland didn't come close to despite some late hitting.

It's fair to say it took a lot out of Guptill.

"When I came off the field after batting I'd lost about 4.4 kilos so the [hydration] process had to start pretty quickly after that," he told TVNZ's Breakfast hours after the victory.

It was also a performance that ensured Guptill would be doing – to put it scientifically – bugger all before the Blackcaps' next game against Namibia on Friday night.

"I'm getting there slowly, I was pretty cooked but we have a day off so I won't be doing too much there," grinned Guptill at the end of the game.

A day off is the least he deserves after he dragged the Blackcaps back from 52-3, combining with Glenn Phillips for a 105-run partnership that set up a defendable total.

"We didn't have a great start, losing three [wickets] in the powerplay, it wasn't quite a rescue mission but Glenn and I had to assess the situation and then put a partnership together.

"I've played a lot of cricket with Glenn, we know how each other bat, we've put on some good partnerships for Auckland back home, so it was easy to get a partnership going together with him." 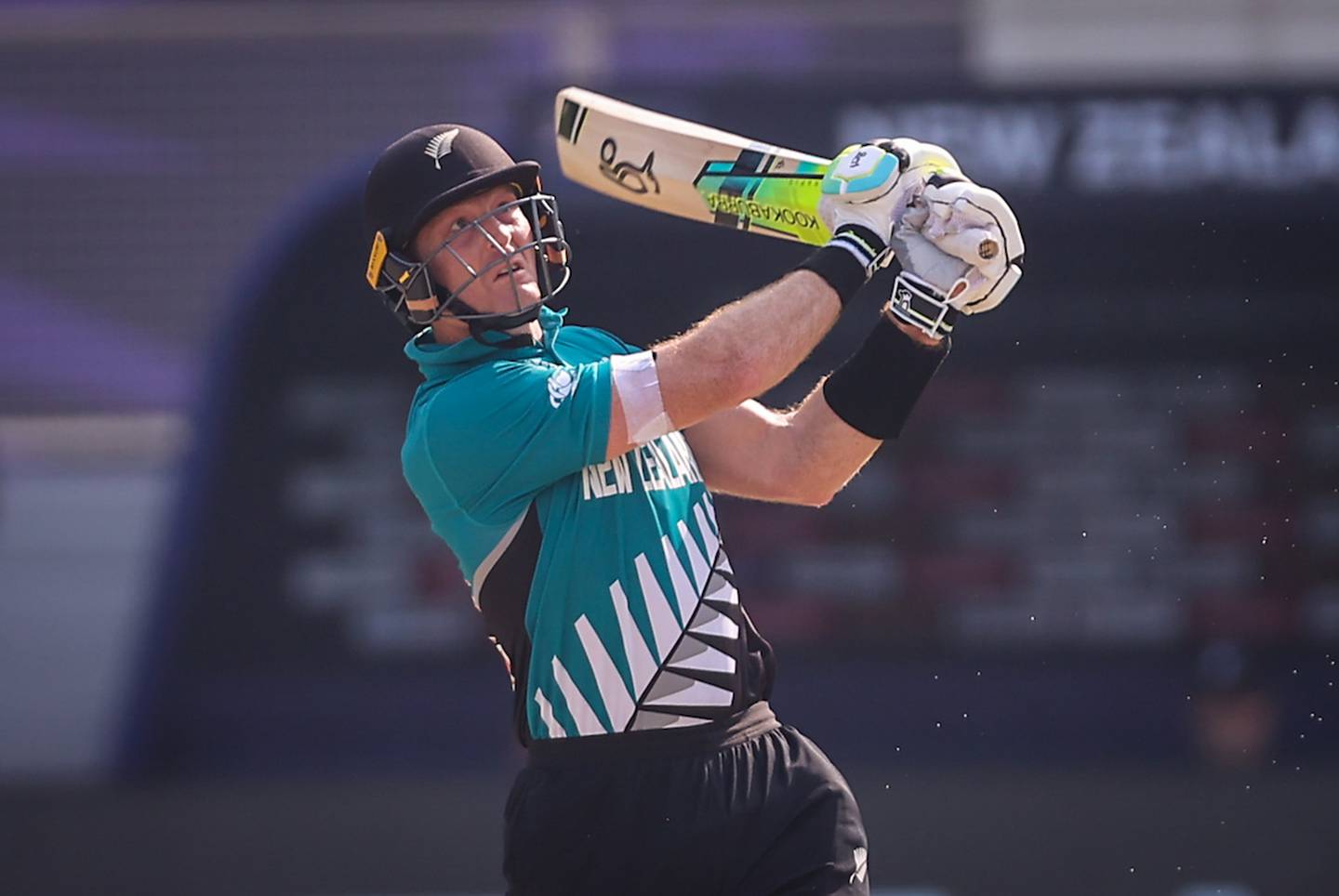 Unfortunately for Guptill, Phillips (33 off 37) wasn't striking the ball cleanly, which left the out-of-breath opener having to scamper between the wickets when he wasn't busy blasting balls to the boundary.

"Not ideal, but we got there in the end," Guptill said with a smile.

"He's a huge player for us – he's been hitting the ball beautifully and it was great he was able to make a huge contribution. It was really needed as well, we were under pressure at the start of the innings, but some real good cricket smarts and also Glenn Phillips, that partnership was huge for us to get to that total.

"It was great that we were able to get a pretty competitive first innings total, we were a bit patchy with the ball but it's important that we move on from this one.

"Credit to the way Scotland played, they did put us under pressure in both innings and certainly fired a number of shots – we were tested in a number of ways and for us it's trying to learn from that and improve on that."

The next opportunity for improvement comes against Namibia, before a final group game against Afghanistan on Sunday night, which is likely to decide who moves through to the semifinals.