Tributes to Benji Marshall are flowing from all corners in the wake of his retirement from rugby league after 19 seasons at the top of the sport.

The 36-year-old announced his decision to call time on his career at a press conference on Wednesday afternoon and retires as one of New Zealand's greatest players, amassing 31 caps for the Kiwis - 22 as captain. in 2010 he won the Golden Boot Award for rugby league's best international player.

During an NRL career that saw him suit up for the Wests Tigers, St George Illawarra Dragons, Brisbane Broncos and South Sydney Rabbitohs, Marshall won the Premiership in 2005 and was a four-time NRL All Star.

Former players and teammates were quick to praise Marshall's contributions to the sport, including the recently-retired Issac Luke who laid out exactly what Marshall meant for young New Zealanders.

"You inspired so many kids from Aotearoa. No one will ever have the impact you had on the game," Luke posted on Twitter.

Coaching maestro Wayne Bennett, Marshall's final NRL coach, said he was at one point the only reason he wanted to watch the sport.

"When I saw him first play, I would be over football but I'd want to watch him," Bennett told AAP.

"He was so exciting. He just brought that unpredictability. When they talk about the great players of the game, he will always be in that category."

"There was some times there where he was just brilliant, but he's left as big a mark on the game as anyone," he told Wide World of Sports. 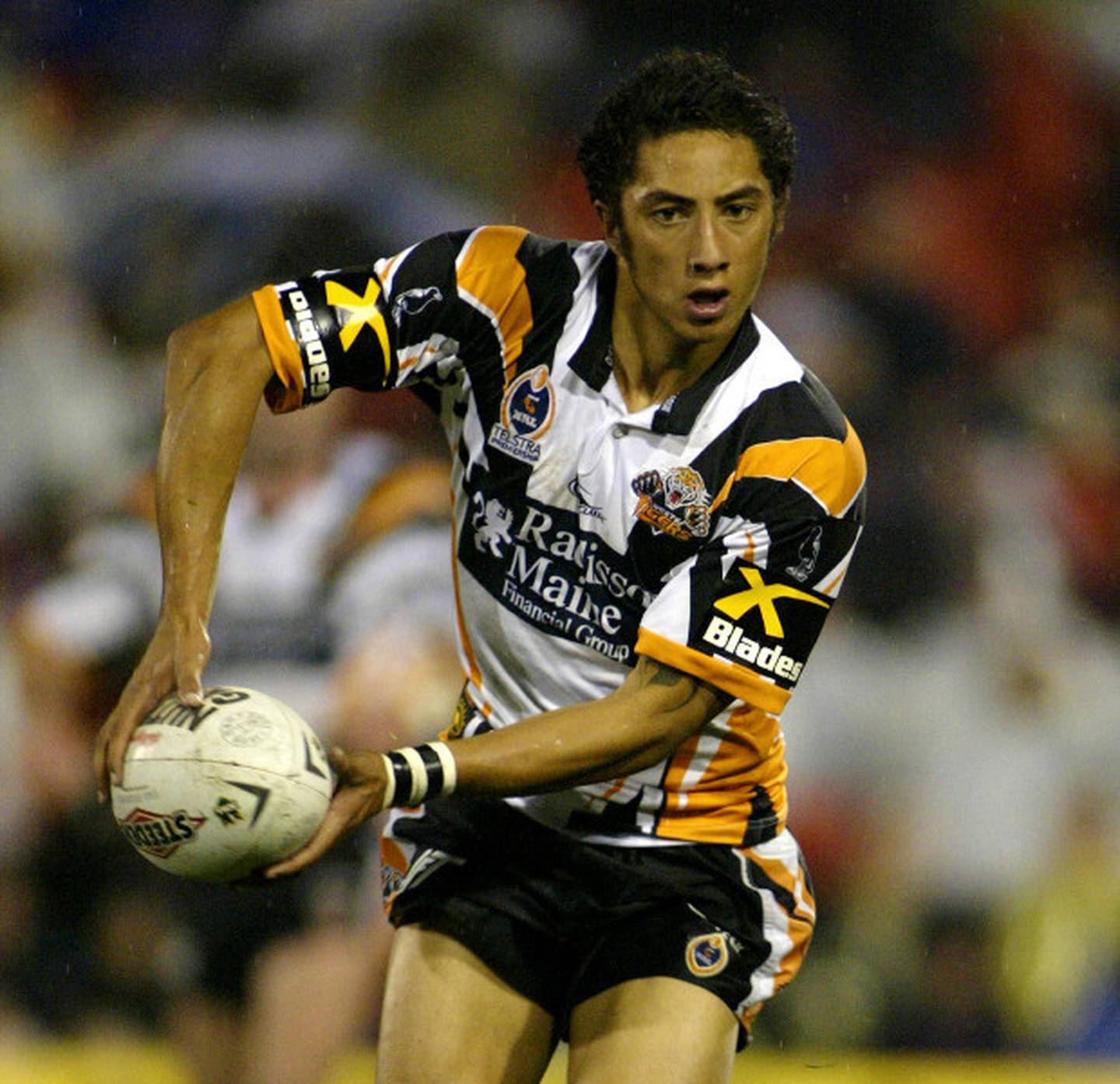 Benj Marshall on debut for the Wests Tigers in 2003. Photo / Getty

"He came in at a young age and... he was a rock star from day one." former Tigers teammate Robbie Farah said.

"For him to go on now and, in my opinion, be the greatest New Zealander ever to play our game, is just remarkable."

The accolades were endless from fans and pundits on social media as they marked the end of one of the great chapters of New Zealand rugby league.

Congratulations on a tremendous career #benjimarshall - through the darkest times to the good times. True warrior of our game.

I’m so grateful to have played alongside you! 🙏🏽

Enjoy the next chapter of your life! pic.twitter.com/nj4GppzM0S

Benji Marshall. As exciting a player to call as I have ever come across in my commentary career. And that was right from his very 1st TV game I called him in, playing for @KeebraParkSHS in 2003. @FOXNRL @fanfoxleague @VossySEN @1170sen @skysportnz #benjimarshall #superstar

He inspired a generation 🤴🏼

There will only ever be one Benji Marshall. Thank you for everything you have done for our Club and the game of Rugby League 👑❤️💚
Biography 👉 https://t.co/UiUDDvv9Rs pic.twitter.com/hC0IjZcerB