A top Kiwi sports star has seen the High Court dismiss his application for permanent secrecy for a second time after allegations emerged of his alleged involvement in a global drug conspiracy.

The sportsman was named by prosecutors during a drug-trafficking case last year and accused of being linked to the offending after several messages were uncovered.

In a decision after the trial of Tevita Fangupo, Tevita Kulu and Toni Finau, the judge presiding over the case, Justice Mathew Downs, declined the sports star's bid for permanent name suppression.

A series of appeal hearings were then heard last year, with the Court of Appeal also declining suppression.

But, as the battle was set for a Supreme Court showdown, the case returned to the High Court earlier this month after new information emerged and the sportsman made a fresh suppression application.

However, the sports star still cannot be named by the Herald after his lawyer, former solicitor-general Michael Heron, QC, indicated another challenge at the Court of Appeal.

Heron has earlier argued that if his client was named it would cause almost irreparable damage to his career. He has said the sports star "strongly denies the allegations".

Now, his client has also sworn an affidavit on oath refuting the claims.

"Nor was I charged by the police in relation to the specific messages alleged to relate to me, after what appeared to be a thorough investigation. I therefore understood that I did not need to comment on those messages in order to pursue my application for name suppression."

Justice Downs said in today's decision that he had given the sportsman's affidavit "some weight" but "not great weight".

"I am not concerned with whether [sportsman] has committed criminal offences; rather, whether his name should be published in relation to the established offending of others." 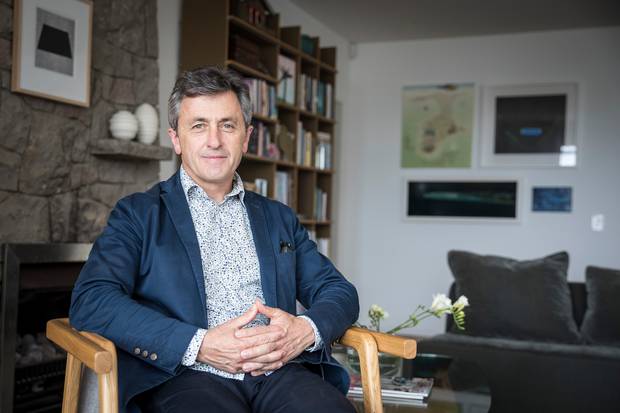 Despite not being charged, the Crown accused the sports star during the trial of being allegedly involved with the syndicate that was importing drugs from North America, including transferring money for the group.

A search warrant had been obtained by police for the sportsman but it was never executed. Sources have told the Herald that police did not consider they had enough evidence to secure a conviction against the star.

However, the sportsman appended a police jobsheet to his affidavit which suggests the warrant was not executed because he was out of the country. When raising his concerns with the police's investigation, Justice Downs said many search warrants are executed in the absence of a possible suspect "for obvious reasons".

He added the warrant would not have been granted unless the District Court judge was satisfied reasonable grounds existed to suspect the commission of an offence punishable by imprisonment.

"And there were reasonable grounds to believe the search would find evidential material in respect of that offence in the place or thing to be searched. Police did not execute the warrant. Why remains unclear."

While Justice Downs said the police inquiry into members of the syndicate was thorough, "doubt attaches to whether the same is true of the inquiry of [the sportsman]".

Police had also searched for Travelex records in relation to the sports star during October 2017 but found none. However, a message from Kulu, which read "[redacted] is going to change it to US currency" did not say when this transaction would happen.

Justice Downs said it was not clear whether thought was given by police to investigating other currency agencies. He also said the "timing is curious" when police sought to interview the sports star, who declined to be questioned, and only a week later told him he would not be charged.

A police spokeswoman declined to comment about the case while it remained before the courts.

In dismissing the fresh application, Justice Downs added that Kiwis are entitled to know what happens in the courts, including the evidence adduced in a criminal trial.

"In my earlier judgment, I concluded suppression of [the star's] name may, in all the circumstances, contribute to the long-term, incremental erosion of public confidence in the administration of criminal justice by placing disproportionate weight on immediate hardship. I remain of this view," he said.

The decision also came despite the Crown flipping on its stance for the suppression bid.

At this month's hearing it adopted a neutral stance, but the application was still opposed by members of the media, including the Herald, Stuff, Newshub and RNZ.

The Crown also abandoned an allegation it relied on with a series of messages and a contact called "Sese", which it claimed showed the sports star changing currency for the syndicate. The Crown's withdrawal came after immigration records were provided for the sportsman.

"I accept misadventure in relation to the Sese [redacted] messages favours suppression. The contention [the sportsman] changed money in California was inaccurate. It would not have been difficult for the Crown to identify where [he] was," Justice Downs said.

The judge added while there remains some risk of trial by media, so far, the reporting of the case has been balanced and fair.

"There is no reason to believe future reporting will not include the Crown's abandonment of the Sese and [sports star] implication."

When the Court of Appeal released its earlier decision on the case last August, it said there is "unquestionably, a high public interest" in how methamphetamine comes into New Zealand, including how it is financed, transported and distributed once it arrives.

It also mentioned the importance of knowing why police decide whether or not to charge a person.

"There is a legitimate public interest in knowing of allegations of serious conduct against a person who enjoys a high public profile and of the fact that the police have not considered that charges are warranted," the decision reads.

"The police statement that omits any names is insufficient to allow such debate."

After the trial, Detective Inspector Scott Beard said the sports star did not receive "special treatment" but added "there was insufficient evidence to charge" him.

The members of the syndicate - Fangupo, Kulu, Finau and Halane Ikiua - were all sentenced to terms of imprisonment last November for importation and supply of methamphetamine and cocaine, and conspiracy to supply drugs.

A fifth man, Shane Singh, has also already been jailed for importing a Class A drug.