A sensational Tom Latham innings has been let down by a sloppy fielding display as the Blackcaps fell a ball short of an absurd escape in their second Twenty20 against Bangladesh in Dhaka.

Compared to their opening embarrassment which saw them routed for 60, this time the New Zealand batsmen showed greater application and skill on the slothy pitch, led by a sublime captain's knock from Latham, who beat the team's first-up effort by himself with an unbeaten 65 off 49 balls in the Blackcaps' chase of 142 for victory.

He also nearly conjured up the most remarkable of last-ball triumphs, aided by some baffling Bangladeshi bumbling.

With the Blackcaps dead and buried needing 13 runs off two balls, Mustafizur Rahman decided to bowl a back-of-the-hand slower ball, which turned into a beamer, ballooning over Latham's head.

The skipper, while ducking, somehow had the awareness to periscope his bat skywards and it boinked away for four to go with a no-ball that left New Zealand requiring eight off two.

A clip through mid-wicket for two from the resulting free hit left Latham needing to hoik a final-ball six to win, but this time Mustafizur executed and Latham couldn't get any air on his 49th and final ball of the innings, with Bangladesh holding on for a four-run win.

Promoting himself to No 3, Latham's innings was the equivalent of a blazing century in New Zealand conditions and, if not for the Kiwis' first-innings foibles and the general apathetic feel of the second-string series, could have been a memorable match-winning knock.

Instead, he was left to rue several missed chances in the field which turned a chaseable target into an unlikely adventure.

The experienced and usually safe-handed duo of Colin de Grandhomme and Tom Blundell were to blame, with de Grandhomme dropping a Cole McConchie delivery that was slapped hard by Liton Das, but right to the mulleted man at square leg.

Liton was scoreless, and went on to make 33 off 29 balls. Later, Mahmudullah was on four when he skied a delivery to long-off, with Blundell running in and misjudging the opportunity, watching the ball go over his head, but bounce inside the rope.

He made the same mistake to the same batsman later in the innings, although his second effort was less egregious, standing off the deep square leg boundary in an attempt to cut down the Bangladeshi batsmen running two, only to be left leaping helplessly as the ball again flew over his head and away for four.

Mahmudullah ended up making a crucial unbeaten 37 off 32 balls, and that was one of four boundaries he smacked off Doug Bracewell, who underlined an issue which may continue to be a common theme in this five-match series.

New Zealand's three spinners returned figures of 5-66 from 12 overs, led by Rachin Ravindra's impressive 3-22. However, that still leaves eight overs for the seamers, and despite some funky slower variations from Hamish Bennett, they leaked 73 runs, picking up just one wicket. 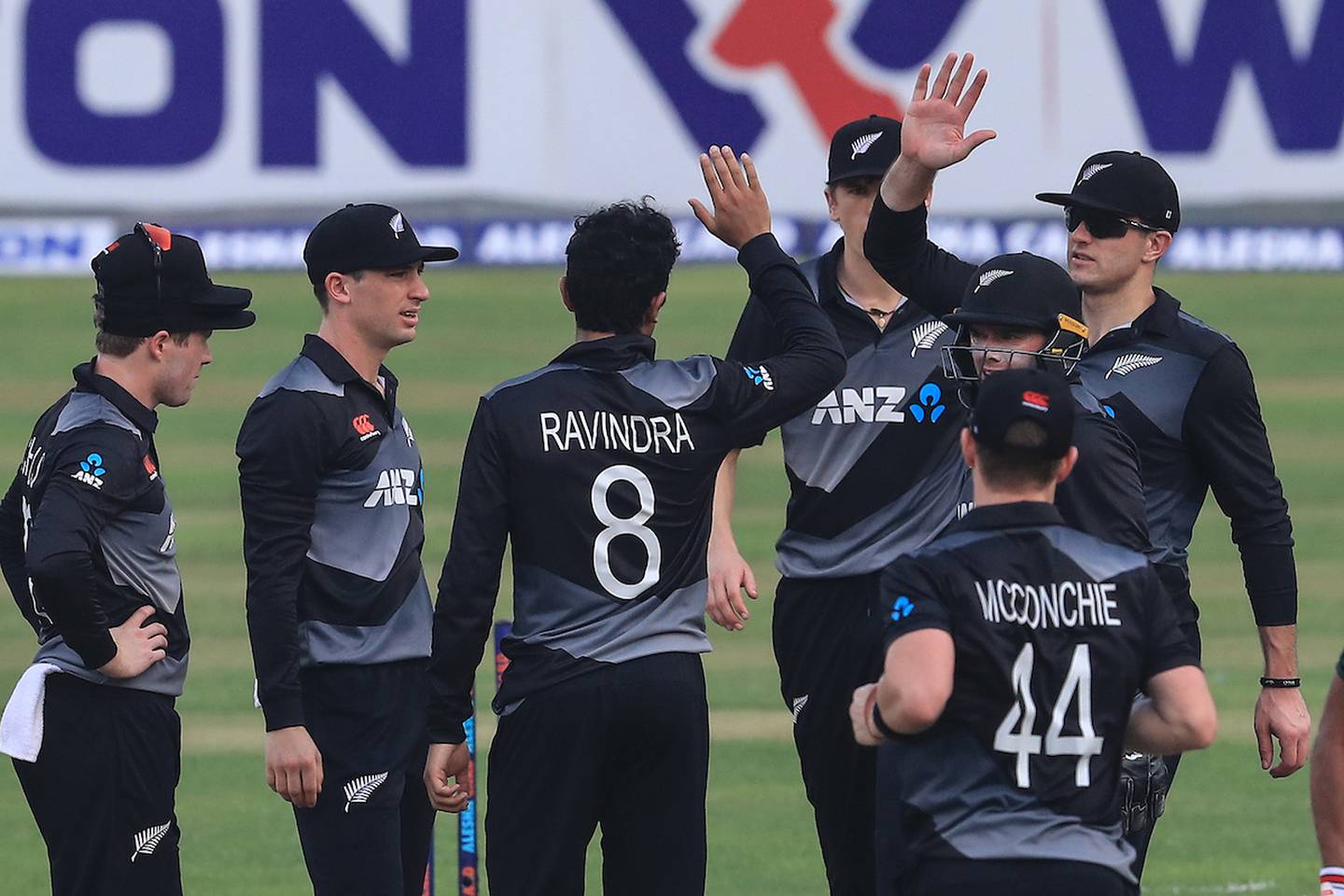 With no other spin options in the squad, and now down 2-0, deficient squad-building could ultimately cost the Blackcaps hope of a series victory, with the seamers' comparative lack of control also letting Mohammad Naim (a run-a-ball 39) accumulate in an innings which saw only Mushfiqur Rahim (golden duck) strike below a run-a-ball.

Bangladesh's eventual 141-6 seemingly may as well have been 200 given the Blackcaps' batting deficiencies in the first clash and the dour conditions, and at 28-2 at the end of the six-over powerplay, the required run rate was already at a daunting eight.

On paper, given his highest international score in the format was 39, Latham was an unlikely source of runs, but in these conditions his experience and guile shone through.

Ramps, pulls, guides, flicks, pushes – all the shots were on display in what was, to draw a crude but glaring comparison, a Kane Williamson-esque innings, as his 50 came up from 38 balls.

Still, though, the required run rate was ticking upwards as his partners fell, and for all his gumption, the equation was never in Latham's favour – from 48 required off four overs, to 37 off three, 28 off two, and finally 20 off one.

Mustafizur's mishap produced one final burst of excitement, and while he left the field as the losing captain, Latham could do so with his head held high.