While Pascoe was disappointed not to win her first event of the Games, she revealed after the race that she wasn't even planning on competing in the 100m breaststroke.

She said she was "ecstatic" to make it on the podium in her least favoured event in Tokyo – and she came very close to taking out the top prize.

"I'm extremely ecstatic," Pascoe said. "Originally I wasn't even going to come into this meet, doing the 100 breaststroke. It was a last minute entry. The reasoning behind it was to get myself into race mode before my four favourite events, which is coming up in the next two days' time." 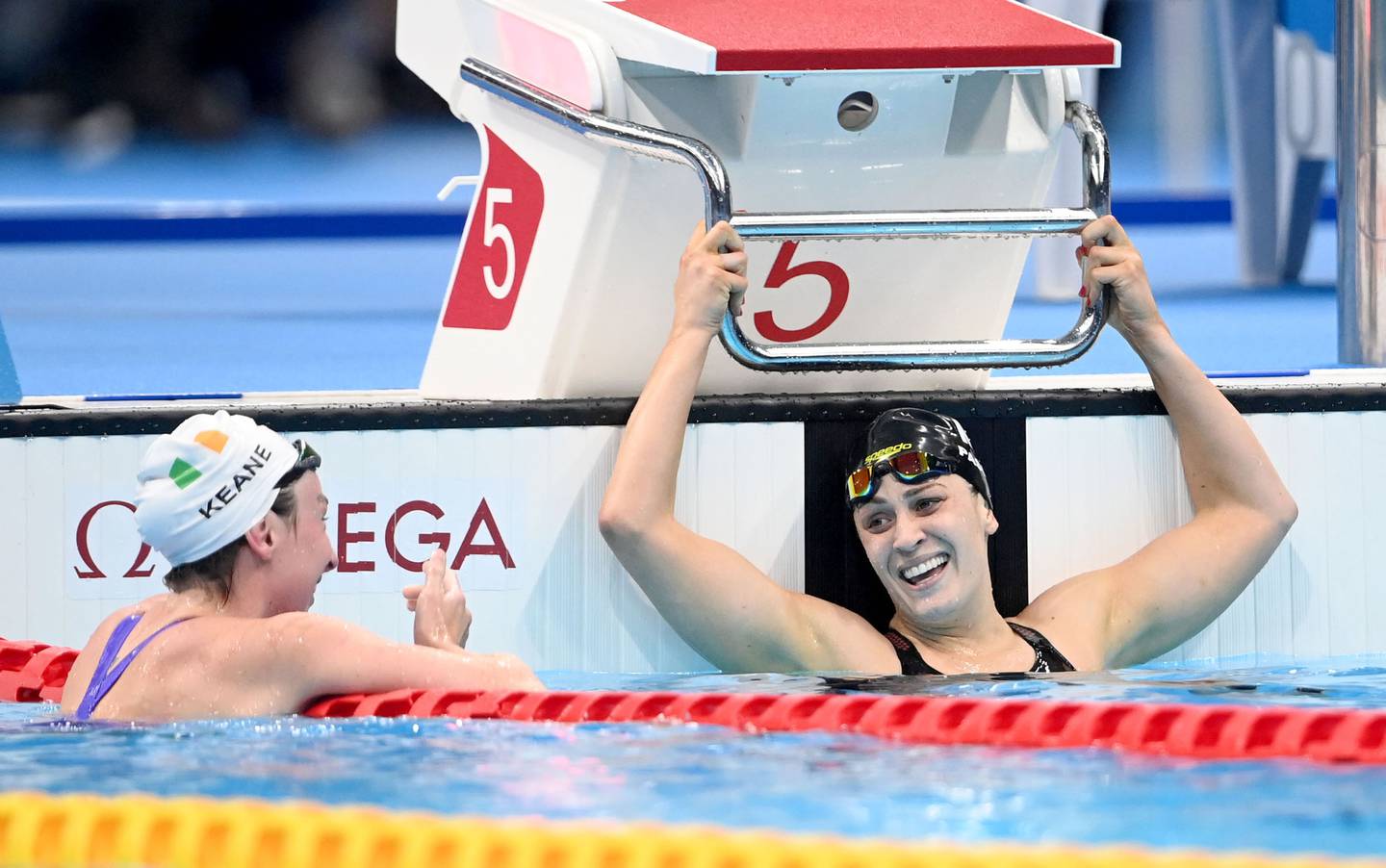 Pascoe emerged first from the water in the final and was in the lead after the first 50 metres, but was soon caught by Keane, a breaststroke specialist.

The Irishwoman ultimately pipped Pascoe at the finish by 0.39 seconds to claim gold with a time of 1:19.93 at the Tokyo Aquatics Centre.

"I came in ranked third, breaststroke is not my favourite event, it's Ellen's favoured," Pascoe said. "All power to her, she got me in that last 10 metres. That's where it really hurt and I gave it absolutely everything. I tapped into that in a mental mindset but obviously it just wasn't enough to get the gold.

"It's a silver medal for my country and I'm going to stand up on that podium with pride. But I gave it absolutely everything."0

Pascoe will now prepare for a busy week ahead, with her next four races coming on consecutive days.

The Kiwi's build-up for these Games has been severely hampered and she counted even reaching the startline as a good achievement after fighting off doubts about her involvement when the Paralympics were postponed 12 months ago.

Pascoe had been unable to race in any international warm-up events, last competing overseas in 2019, and she hadn't lined up at a competitive swim meet since the national championships in April.

She will have four more chances to add to her incredible medal tally, the first of which will come in the S9 100m backstroke on Monday where she will be gunning for her 10th Paralympics gold.