Kiwi blade runner Anna Steven is devastated after getting disqualified from her final event of the Tokyo Paralympics.

Steven made a false start that resulted in a heartbreaking disqualification from her women's 100m T64 heat overnight.

The 21-year-old, who opts for a standing start as opposed to many of her competitors, immediately covered her mouth in shock after realising that she had made an early movement which would result in her disqualification.

"She made the first movement. She goes in the standing position. And it was marginal, but the rules are there," said the television commentator.

Speaking after the race, Steven said she was gutted about the false start.

"I'm quite devastated as I've been practising my starts quite a lot, especially the stability aspect of it," Steven said.

"It didn't come together on that race unfortunately."

Steven had set a new Oceania record of 28.60 in the heats of the women's 200m T64 earlier in the week, where she advanced to the final and finished in eighth place. 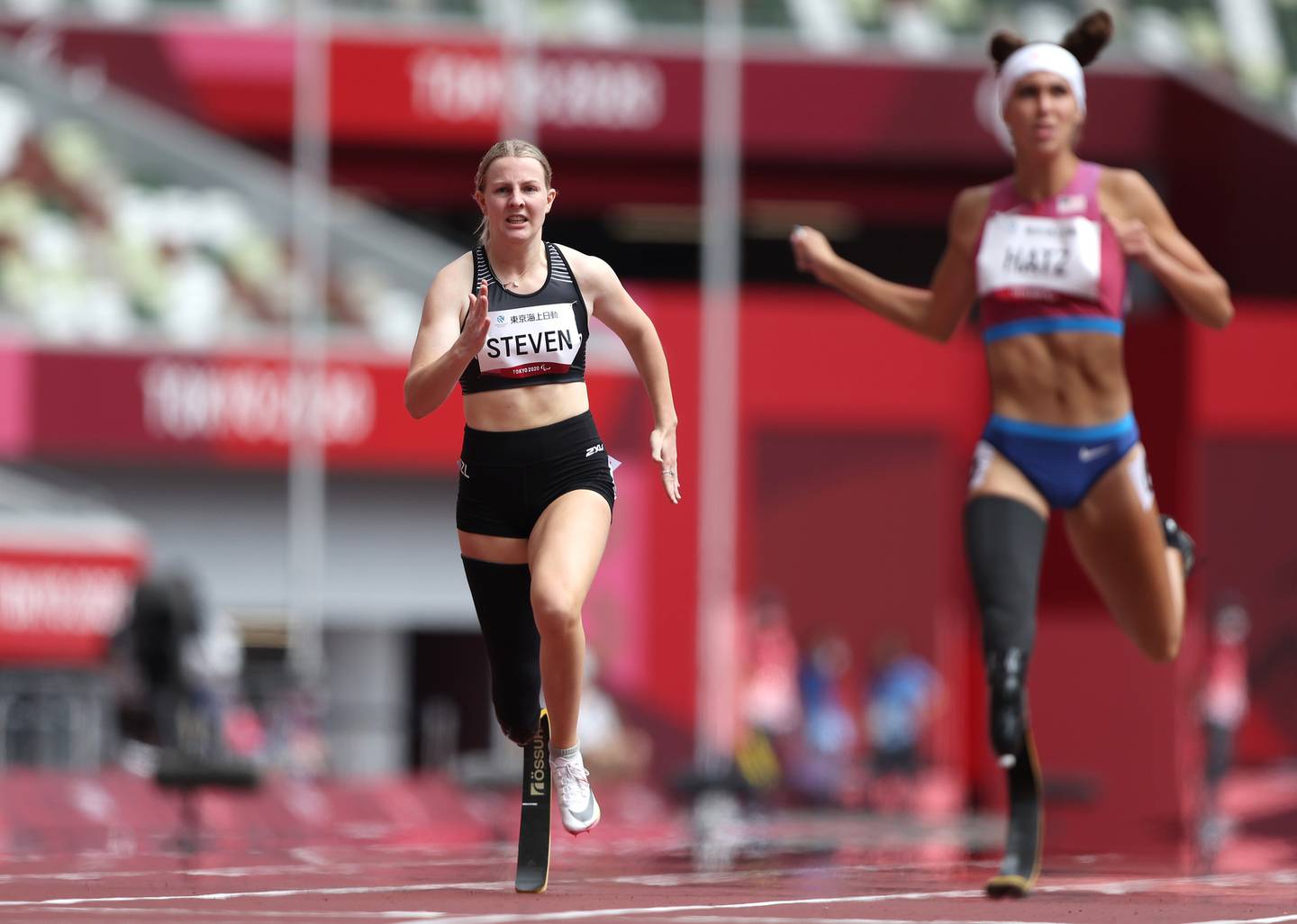 She said she was happy with her achievement and her Paralympics experience.

"I'm going to take away so much from these Paralympics," Steven said.

"It is a big milestone in my athletics career so far and I'm really stoked with how I did in the 200 so just trying to take the positives from this experience."

Steven had her right leg amputated after six months of chemotherapy and major surgery when she was 13.

She got into Para athletics after seeing fellow Kiwi blade runner Liam Malone compete at the 2016 Games in Rio and hopes to inspire others living with a disability to get involved in sport.