It didn't take long for Russia to start complaining.

Technically the country itself was banned from the Olympics and its athletes competed as part of the Russian Olympic Committee (ROC). Its flag and anthem are black-listed from major competitions until 2022 as punishment for the nation's state sanctioned doping program and while plenty were upset they were still allowed in Tokyo, Russia wasn't about to show too much gratitude.

ROC came in fifth on the medal tally with 20 golds, just ahead of Australia (17). America topped the list with 39 golds, while China was second with 38. However, fifth place didn't satisfy everyone back home, sparking accusations the Olympics were rigged against Russia.

At the heart of the complaints was controversy surrounding three-time rhythmic gymnastics world champion Dina Averina, who won silver behind Israel's Linoy Ashram in the women's all-around event. Russia officially protested the result, alleging biased judging was responsible for an "injustice". "Those who started the Russophobic war against the sport could not allow this victory," she reportedly said.

As reported by The Daily Beast, Russian Rhythmic Gymnastics Federation president Irina Viner-Usmanova spoke of the "horror and mayhem" of these Olympics and the "obscene" nature of the judging. "This outcome was planned in advance," she alleged.

Editor-in-chief of Russian news site RT Margarita Simonyan tweeted there was a "massacre of our gymnasts by judges from different countries".

No evidence was provided to back up these claims of anti-Russian sentiment, which continued during the week in local media.

The Daily Beast reports a TV host for Russia's state-owned media channel said these Olympics were "the clearest example of total Russophobia".

"At the behest of Americans, the International Olympic Committee took away two gold medals from Russia."

Zakharova added "global sports are in danger" because of the "gross injustice" inflicted upon Russian athletes in Japan.

After hoping China would reign supreme on top of the medal tally ahead of the US — a prophecy that didn't eventuate — deputy speaker of the Russian Duma Pyotr Tolstoy called Americans "moral freaks".

It's hard to see too much sympathy coming Russia's way. Certainly not from the US after some of their athletes suggested they were competing against rivals boasting an unfair advantage over the rest of the field. 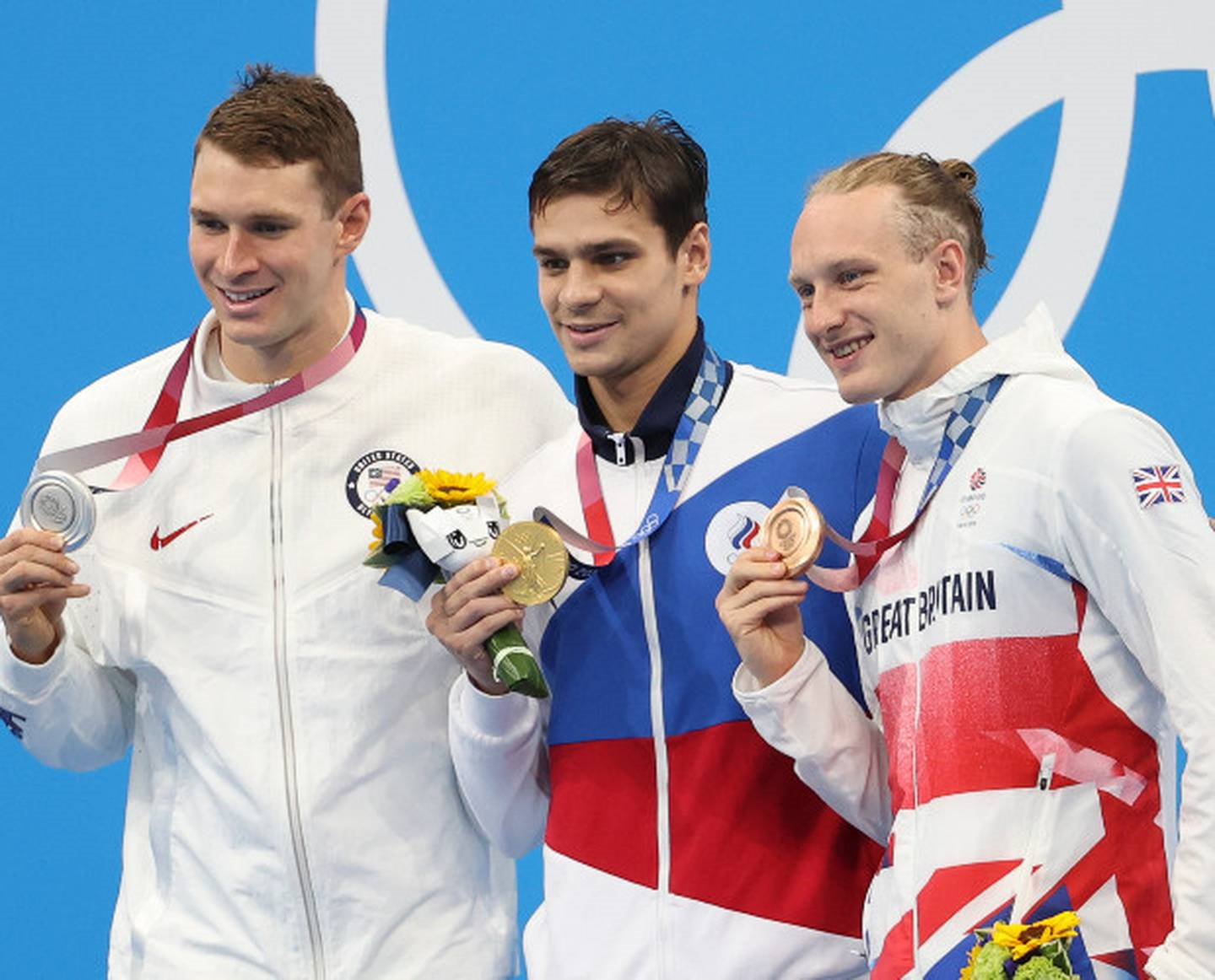 Ryan Murphy, who won bronze in the men's 100m backstroke and silver in the 200m backstroke, launched a grenade at Russian Evgeny Rylov, who won gold in both of those events.

"I am swimming in a race that's probably not clean," Murphy said.

Fellow swimmer Lily King backed up her compatriot. "There are a lot of people here that should not be here," she said on her way home from Tokyo.

"I wasn't racing anyone from a country who should have been banned and instead got a slap on the wrist and rebranded their national flag. So, I personally wasn't as affected. But Ryan was. I feel like that has tainted your Games, and for that I'm so sorry.

"There were, I'm sure, a lot of people from certain countries competing this week that probably shouldn't have been here."