Two races, two golds for the GOAT in a boat.

Lisa Carrington completed the most astounding 90 minutes of an already neon-lit career when she teamed with Caitlin Regal to win the K2 500m.

Having blitzed all pretenders to her K1 200m crown at shortly after 2.30pm NZT, Carrington dried herself off, draped a third Olympic gold medal around her neck, checked that the New Zealand flag ran true up the pole then went to find Regal at the start line.

After winning their semifinal earlier in Olympic best time, the pair was always going to be in the hunt for a medal but there were questions as to how Carrington would back up from her K1 final. It pays never to question a champion.

"There's always a plan but it's a different thing to execute it," Carrington said.

"I'm just so fortunate to have Caitlin as an amazing teammate. I'm super-proud of her.

It wasn't even close, frankly. Carrington and Regal took an early lead, were ahead of the Poles by .69s at the 250m and crusied, if that term can ever be used in this furious sport, to victory in an Olympic best time of 1m 35.785s. Poland's Karolina Naja and Anna Pulawska finished .968s behind in silver with Hungary's Dora Bodonyi and Danuta Kozak third.

Carrington, the 32-year-old Ohope paddler is now the most prolific Olympian. Her five medals draws her level with fellow kayakers Ian Ferguson (four gold, one silver) and Paul MacDonald (three gold, one silver, one bronze), and equestrian Mark Todd (two gold, three bronze). Her four golds are matched only by Ferguson.

Already today she joined Hamish Bond as the only New Zealanders to win golds at three successive Olympics. 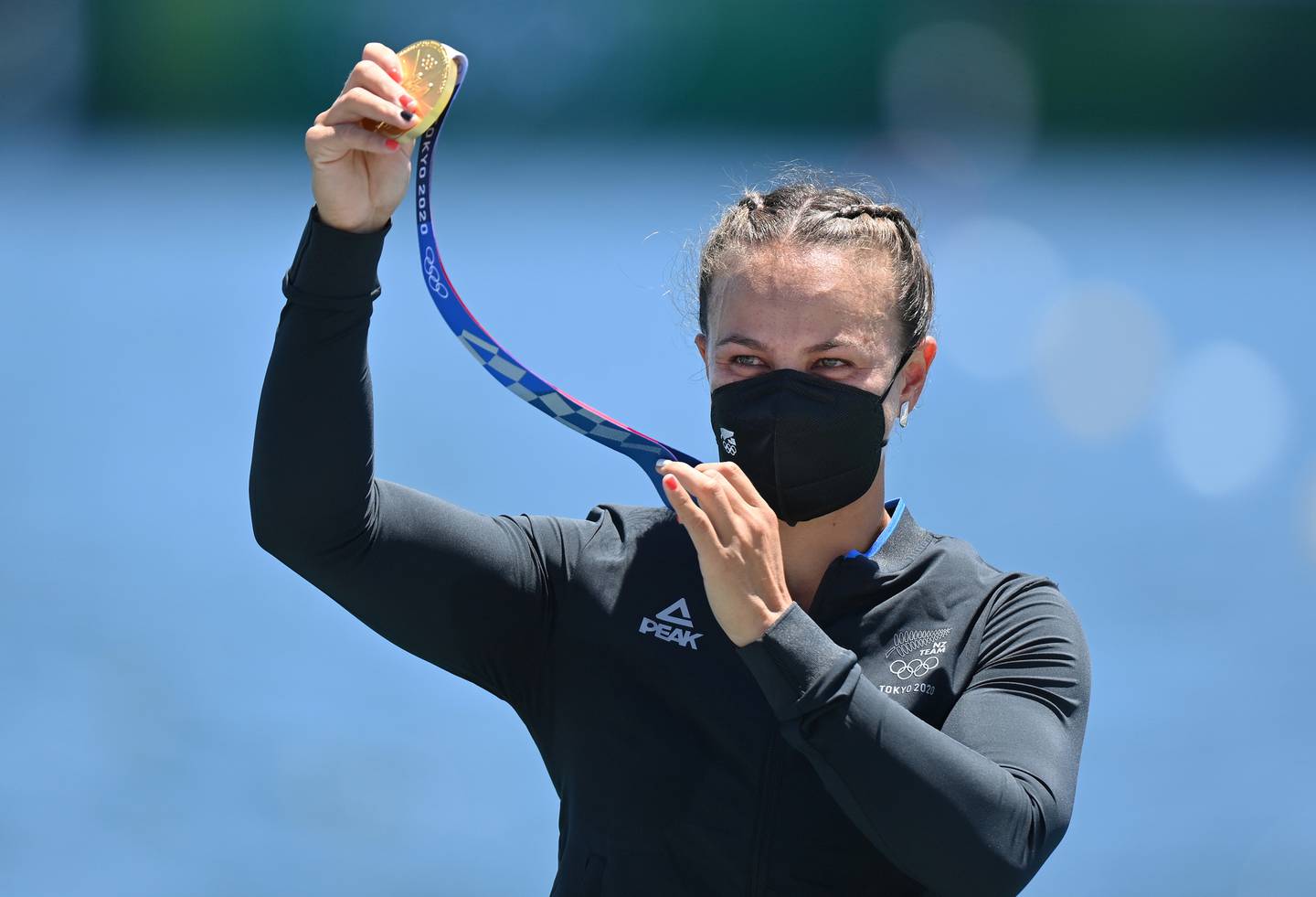 Her CV is ridiculous.

Like Carrington, the 29-year-old Regal (nee Ryan) comes from a surf lifesaving background, having cut her paddling teeth at Red Beach on the Whangaparaoa Peninsula. Although it is her first Olympic medal, Regal and Carrington won gold in this event at the 2017 world champs in the Czech Republic.

Carrington, 32, is just 1.68m tall but is a towering presence in the sport. Her single-minded focus from evident from the time she chose kayaking over netball and surf lifesaving as her primary sport.

Of Te-Aitanga-a-Mahaki and Ngati Porou descent, Carrington was earlier this year named as the most influential Maori sportsperson of the past 30 years.

Her Olympic dream surfaced as a seven year old when she watched Danyon Loader win two gold medals in the pool at Atlanta.

"My dad (Pat) said: 'You should go to the Olympics.' All I knew was that Olympians were amazing people who I looked up to… the seed was planted," she says on her website.
Twenty-five years later she has paddled past Loader's haul and appears to only be getting better.

Alicia Hoskin and teneale Hatton finished sixth in the B final.

They will team up with Carrington and Regal in the K4 later in the regatta.