Lisa Carrington has thrust herself firmly into the conversation over who is New Zealand's greatest Olympian with a typically commanding victory in the K1 200m final.

The extraordinary Ohope paddler, who will race in the K2 500m with Caitlin Regal in an hour, joins rower Hamish Bond as the only New Zealanders to have won three gold medals in consecutive Olympics. Bond achieved the feat on Friday when he was part of the winning men's eight.

The K1 200m is a sprint in which the smallest error, whether it is being a fraction late on the jump or a slight catch on a stroke, can be the difference between first and nowhere, Carrington's dominance in the discipline is not only unprecedented but unlikely to be repeated.

Carrington jumped quickly on the Sea Forest Waterway course and never looked like being headed. It was so dominant it was ridiculous, winning in an Olympic best 38.120s.
Spain's Teresa Portela was second in 38.883; Denmark's Emma Jorgensen third.
It was New Zealand's fifth gold medal of the games. 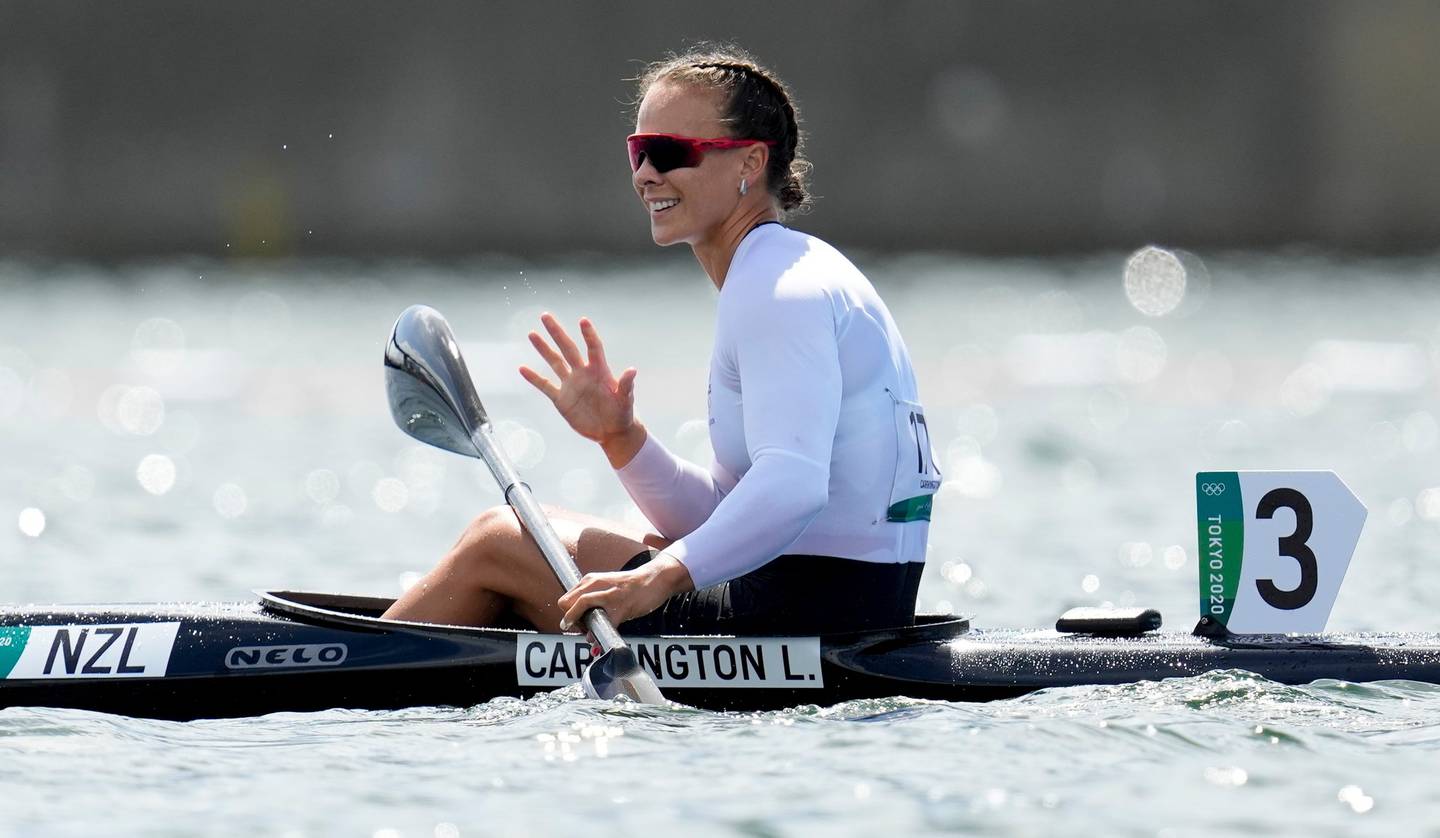 Lisa Carrington is the champion once again. (Photo / AP)

Carrington's third gold comes after wins in the same discipline in London and Rio de Janeiro. Her bronze in the K1 500m in Rio takes her total tally to four, joining Dame Valerie Adams as the most prolific women's collector of medals in New Zealand's long Olympic history.

She is a prohibitive favourite to overtake her before these Games are out, probably even before the sun sets today.

Carrington, 32, is just 1.68m tall but is a towering presence in the sport. Her single-minded focus was evident from the time she chose kayaking over netball and surf lifesaving as her primary sport.

Of Te Aitanga-a-Māhaki and Ngāti Porou descent, Carrington was earlier this year named as the most influential Māori sportsperson of the past 30 years.

Her Olympic dream surfaced as a seven year old when she watched Danyon Loader win two gold medals in the pool at Atlanta.

"My dad said: 'You should go to the Olympics.' All I knew was that Olympians were amazing people who I looked up to … the seed was planted," she says on her website.

Twenty-five years later she has paddled past Loader's haul and appears to only be getting better.