Triathlete Hayden Wilde claimed New Zealand's first medal of the Tokyo Olympic Games – and won some fans in the process with a classy act after crossing the finish line.

Wilde took out the bronze thanks to a stunning run leg to finish behind Great Britain's Alex Yee (silver) and Norway's Kristian Blummenfelt (gold) in a thrilling finish to the men's triathlon event.

The trio were neck and neck going into the final sprint to the finish line before Blummenfelt put the hammer down to claim the gold by 11 seconds. Hayden finished 20 seconds behind the Norwegian winner.

It turned out to be everything Blummenfelt had left in the tank as he collapsed to the ground shortly after crossing the finish line.

As Blummenfelt lay on the ground, a delighted Wilde rushed to help his opponent off the ground in a heartwarming act of sportsmanship.

Blummenfelt was so spent, he even had to be put in a wheelchair after the race.

"He can't move," said the television commentator. "He cannot walk another step. 51.5k's and maybe half a metre and that was it. He was done. He's now in the wheelchair just for the moment to calm down and cool down." 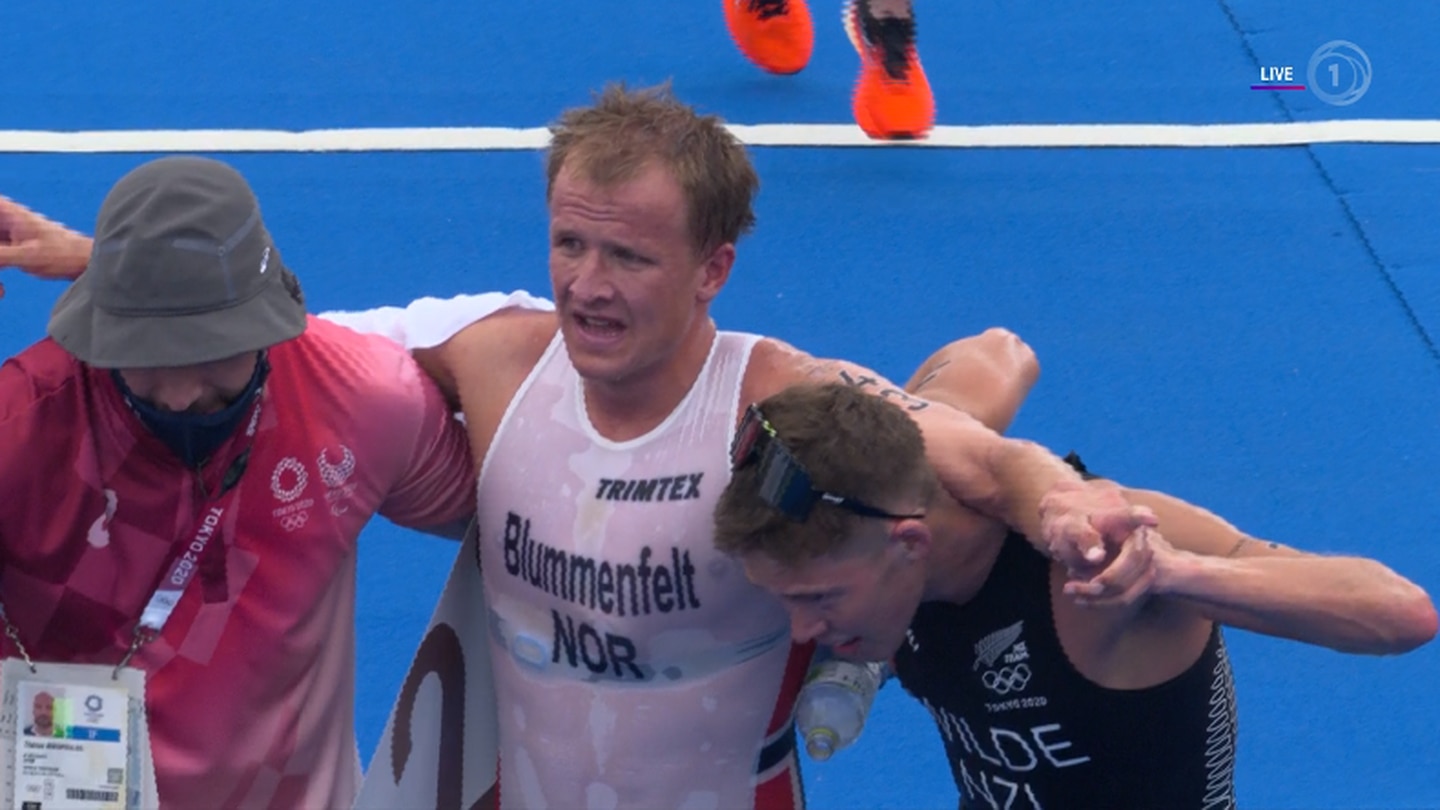 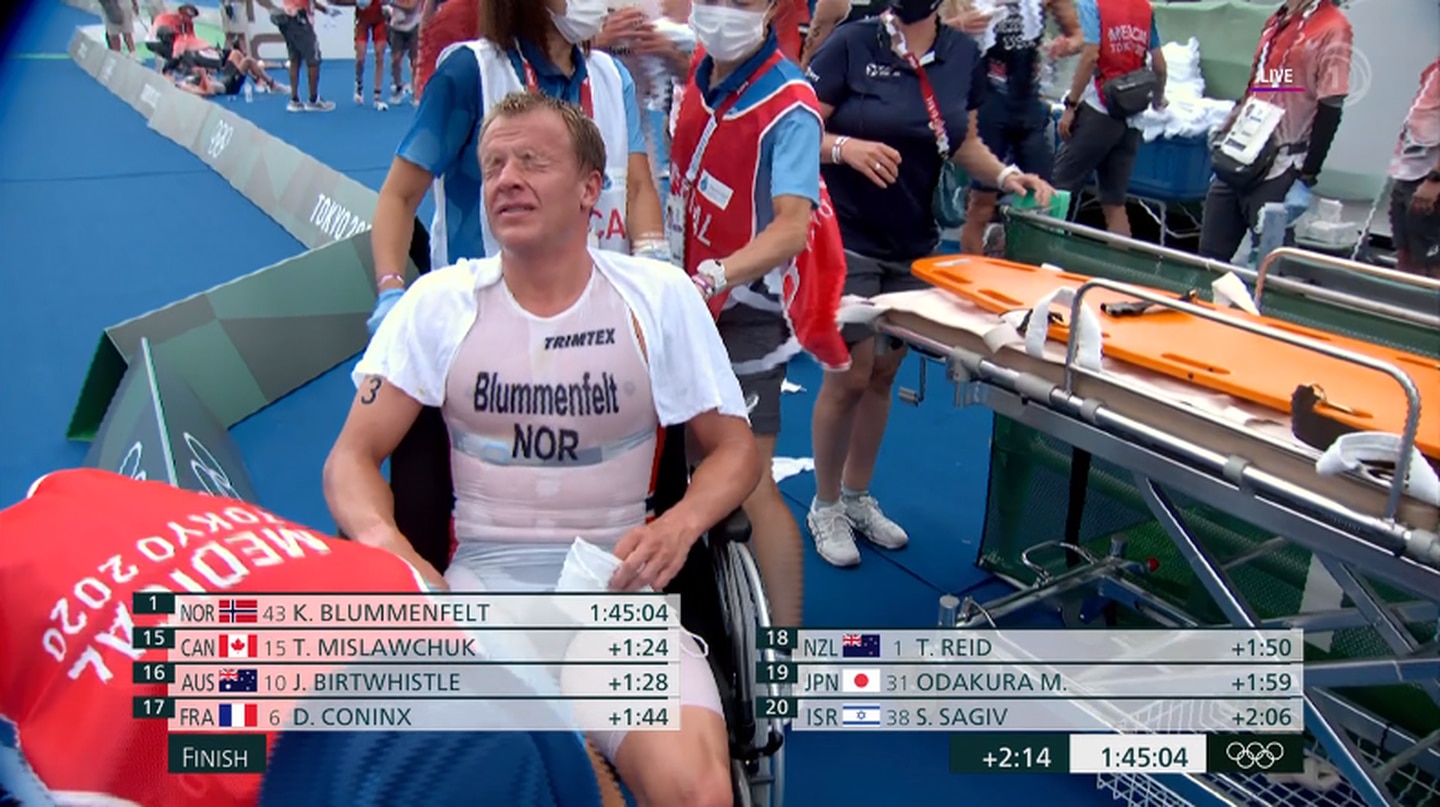 Kristian Blummenfelt in a wheelchair after the race. Photo / TVNZ/Sky Sport

For Wilde, the race was an emotional one and he dedicated his medal to his late father.

"He died 12 years ago and never got to see me race," he told Sky Sport after the race.

"I know they've (the rest of his family) booked out the old fishing club back home. It's pretty awesome. I think they got half the community in Whakatane back home.

"I didn't have enough for the gold but am stoked to get back on the podium."