A stunning run leg from the 23-year-old saw him continue New Zealand's fine tradition in the sport, becoming the third New Zealander to win an Olympic medal behind Hamish Carter (gold in Athens) and Bevan Docherty (silver in Athens, bronze in Beijing).

In an emotional post-race interview, Wilde dedicated the medal to his late father.

"I know they've (the rest of his family) booked out the old fishing club back home. It's pretty awesome. I think they got half the community in Whakatane back home.

"I didn't have enough for the gold but am stoked to get back on the podium." 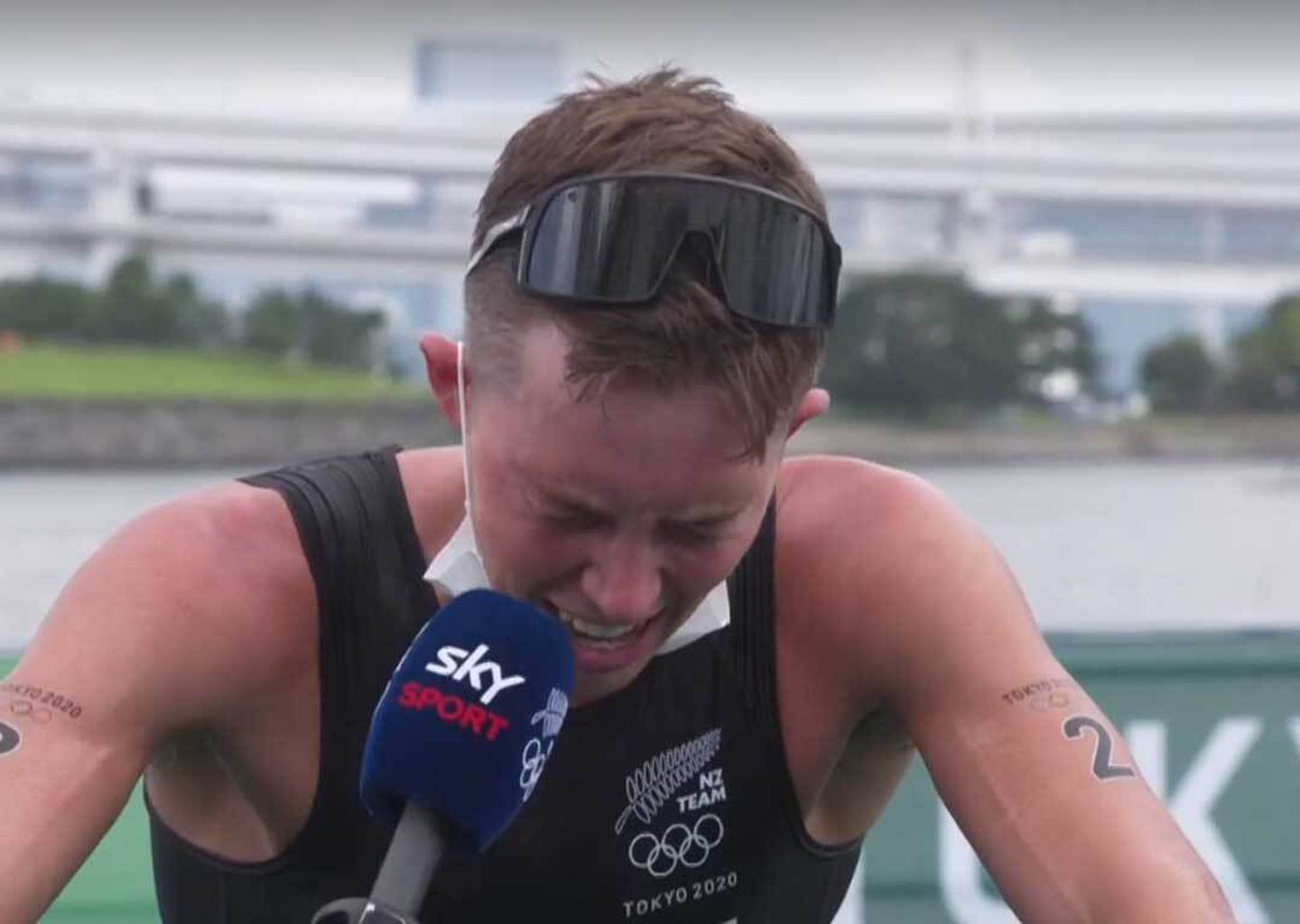 After finding himself in the third group in the bike and in a potentially vulnerable position, Wilde's group caught the lead bunch on lap five of the eight-lap bike and he was never outside the lead group in the run that was whittled to three by the final of four laps.

For all money it appeared the medals were decided; it would just be a matter of how Wilde, Great Britain's Alex Yee and Norway's Kristian Blummenfelt would divvy them up.

Wilde looked comfortable and a live chance for gold until the Norwegian, to the shock of himself, put in an epic burst to claim victory in 1h 45m 04s, with Yee second and a delighted Wilde 20s behind.

Wilde said he never panicked when back in the bike leg.

"I had to keep composed and bring it back. I was lucky to miss a crash. I looked around me and began to relax when I saw a few athletes I knew could ride well.

"So we chased for about half a lap and from there I just had to be really smart and conservative. We were slowly catching every lap, so when I saw that I knew we were going to catch them.

"I thought Alex was falling back at the end but then I realised I was too."

Wilde's prowess on the run was never in question. He has raced track campaigns, which culminated in winning the 5000m at last year's track and field nationals, to prepare for the tactical nous he'd need in an event that more often than not boils down to a 10km foot race.

He was familiar with the course, too, having finished in the same position at a test event in Tokyo two years ago.

Tayler Reid, after a strong swim and bike, finished 18th, 1m 50s behind.

"It 100 per cent played out how we thought it would be. We knew Hayden would be a bit back out of the water and then the group would come back together on the bike and it'd be a running race. It was pretty awesome to get that right and put it together, so he could execute in the right manner when it counted," said Kirkwood who watched Wilde's Tokyo triumph on TV back in New Zealand.

"I didn't have any concerns when he was 38 seconds back out of the water. [There were] a few nervous moments on the bike when he was towards the back of the bunch even when he re-joined and I was wondering whether he was feeling okay. But he was being really clever and conserving energy. I was a little nervous but obviously, he was feeling great."

Wilde's camp is already thinking about another potential medal - when he teams up with Reid, Nicole van der Kaay and Ainsley Thorpe in the mixed relay event on Saturday.

"The relay is in a couple of days so we'll get that out of the way and then look forward to watching Sam Tanner on the track in the 1500m," Kirkwood said.

The race got off to the worst possible start. A disconnect between the race officials and the broadcast launches. As the gun to start went, a large launch was blocking the dive of a good third of the athletes. A false start was called but that didn't register with those swimmers who had got away cleanly.

That forced officials in dinghies to round up those swimmers like a group of do-gooders trying to corral a pod of whales headed for the shallows. With a bit of luck, no swimmer was caught by a blade from the outboard motors.

It was an awkward start, which seemed apt for New Zealand's campaign. 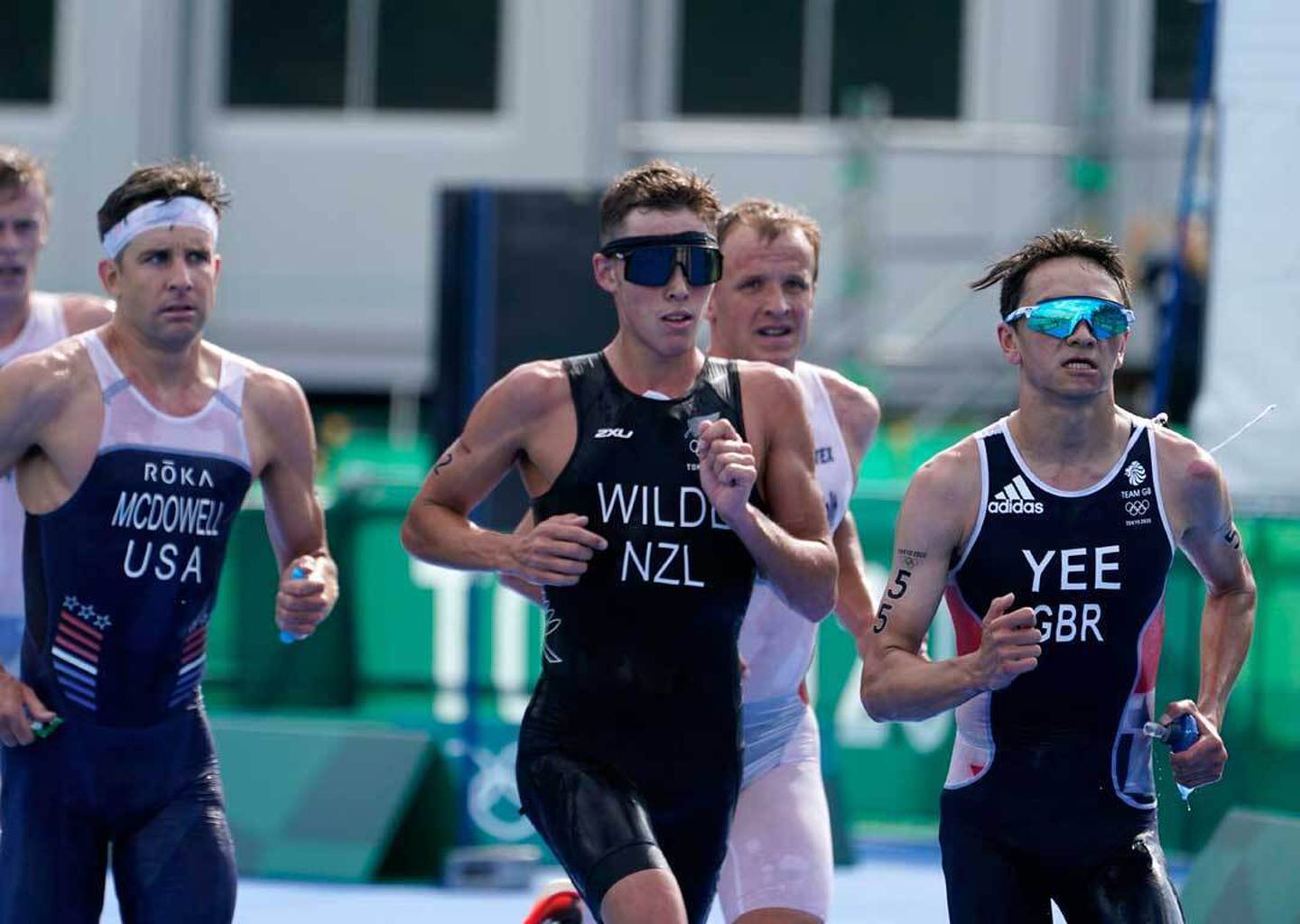 The lead-up to the Olympics was fraught with politics and division, with the selectors told to get back in the room after not following their own criteria. They will be toasting themselves for their success tonight.

Although there were appeals against the selection of the women's contingent, most of the controversy centered on the inclusion of Gisborne athlete Reid at the expense of Sam Ward, New Zealand's second-ranked Olympic-distant triathlete.

As it turned out, the warring camps might have both been vindicated, with Reid's work strong early before fading on the run, his weakest leg.

Reid was included because of his perceived superiority in the mixed relay, a new Olympic event, but he was also prominent early in the individual. A noted swimmer, Reid emerged from the water at the Odaiba Marine Park course in fifth, just four seconds behind the leader, Vincent Luis of France.

Reid's strong swim enabled him to sit comfortably in the lead group of 10 cyclists, a group that held for three of the eight laps on a tight and technical course. They were reeled in by a similar-sized chase group on the lap four and by Wilde's group a lap later.

Apart from a couple of solo darts, that big bunch, which made up the majority of athletes who started the race, stayed together and raced at a comfortable speed to the final transition.

It didn't make for great viewing for cycling purists, but it did ensure this race became essentially a 10km road race and fed into Wilde's strengths.