There will be no Sunday red for Tiger Woods in the PGA Championship.

The PGA of America said Woods has withdrawn.

Woods had a career-high 79 in the third round this morning at Southern Hills.

He limped his way around in the cold and wind, at one point making five straight bogeys.

This is the first time Woods has withdrew from a major as a professional. He declined interviews after his round, speaking only to a pool reporter.

Woods was asked if he felt as though he would play the final round. All he said was he was sore, he would do some work and see how it went.

Woods has made the cut in the two majors he has played since his right leg was battered in a car crash 15 months ago.

Earlier, Woods shot the worst round of his PGA Championship career, hitting two shots into the water, making five straight bogeys for the first time in a major championship and finishing with a 9-over 79 at Southern Hills.

It was 10 shots worse than his score on Friday (Saturday NZ time), when he barely made the cut, and left him 12 over for the tournament.

Woods actually rallied down the stretch Saturday, playing the last five holes in 1 under. And when he rolled in a 36-footer for his only birdie at the par-4 15th, he finally allowed a smile to slip amid a round full of painful grimaces.

I don’t care if he’s Tiger Woods and he’s playing a 50 yard rope hook. These people are INSANE pic.twitter.com/Z1wfNMK2Ij

He narrowly avoided matching his worst round in a major championship, which came when he shot 10-over 81 during the third round of the 2002 British Open at Muirfield. That was the same year he won the Masters and U.S. Open. 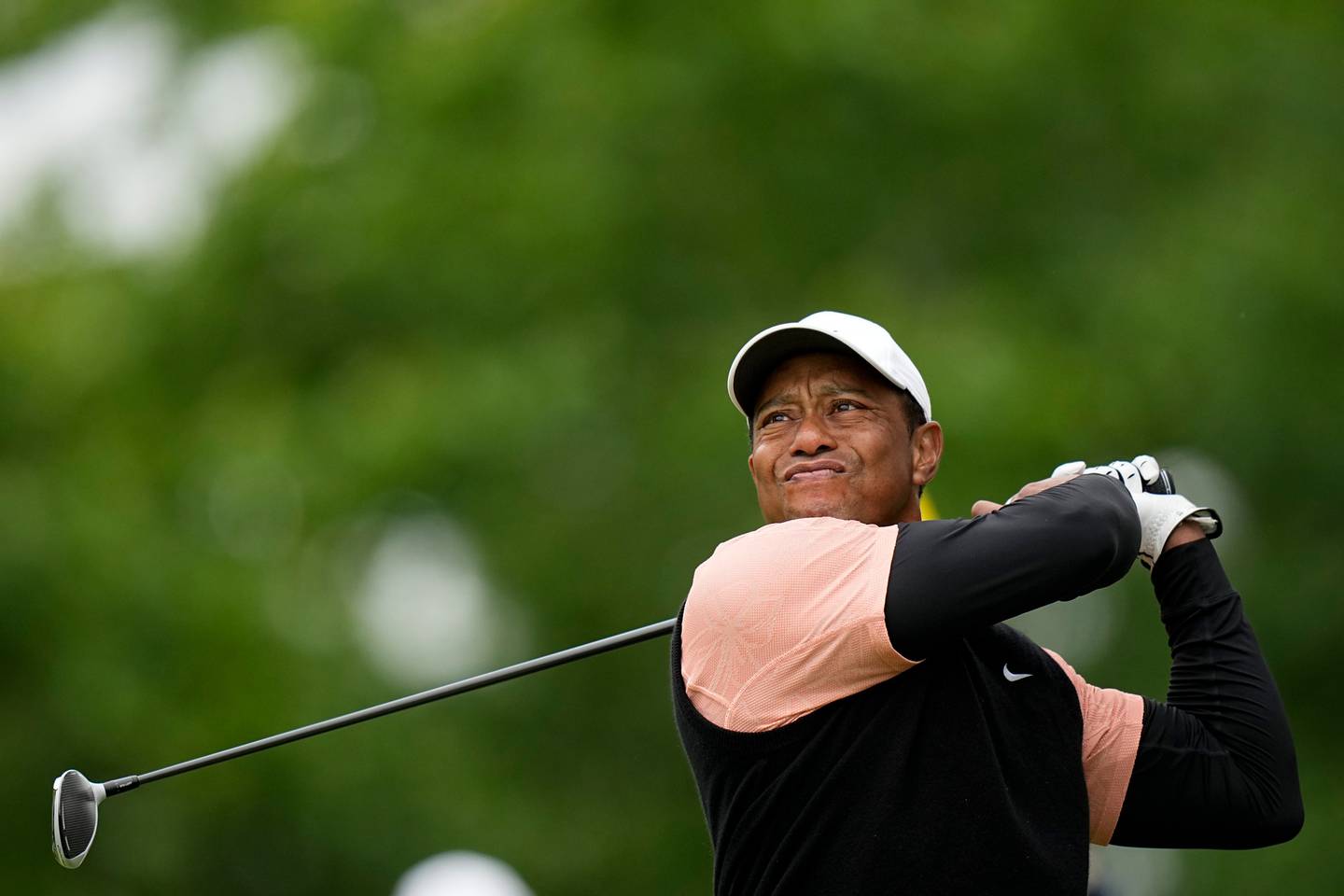 Tiger Woods watches his tee shot on the 17th hole during the third round of the PGA Championship golf tournament. Photo / AP

Meanwhile, Kramer Hickock made perhaps the most incredible bogey of the PGA Championship during his third round.

Hickock had hit into the greenside bunker at the par-4 12th before his shot out of the sand caught the lip and bounced back toward him. The ball wound up hitting his foot, which would have been a penalty before a 2019 rules change, and it settled into his deep foot print in the sand in a nearly unplayable position.

With several inches of sand in the way, Hickock hammered at the ball but couldn't get it out of the bunker.

This time, it rolled back to the bottom of the trap and gave Hickock a decent lie. And with his third shot out of the bunker, and his fifth on the hole, Hickock merely holed out for the crowd-pleasing bogey.