Tiger Woods says leg injuries from his death-defying car crash in February were "more painful than anything I have ever experienced".

The 15-time major winner admitted "walking on my own" is now his "number one goal" in the long recovery from multiple fractures. However, in his first interview since the accident, he declined to be drawn on whether he would be able to play competitive golf again.

He told Golf Digest that the injuries he sustained have "been an entirely different animal" from previously career-threatening troubles with his back and knee.

"I understand more of the rehab processes because of my past injuries, but this was more painful than anything I have ever experienced," he added.

His right leg has required multiple operations since he accelerated out of control at up to 140kmh in a 70kmh zone. The LA County Sheriff's Department said last month that the sole reason for the crash was excessive speed, with Woods accidentally hitting the accelerator rather than braking before the vehicle flipped over.

Woods suffered comminuted open fractures to both his right tibia and fibula as well as multiple fractures in his right foot and ankle. The injuries required immediate surgery after the accident. 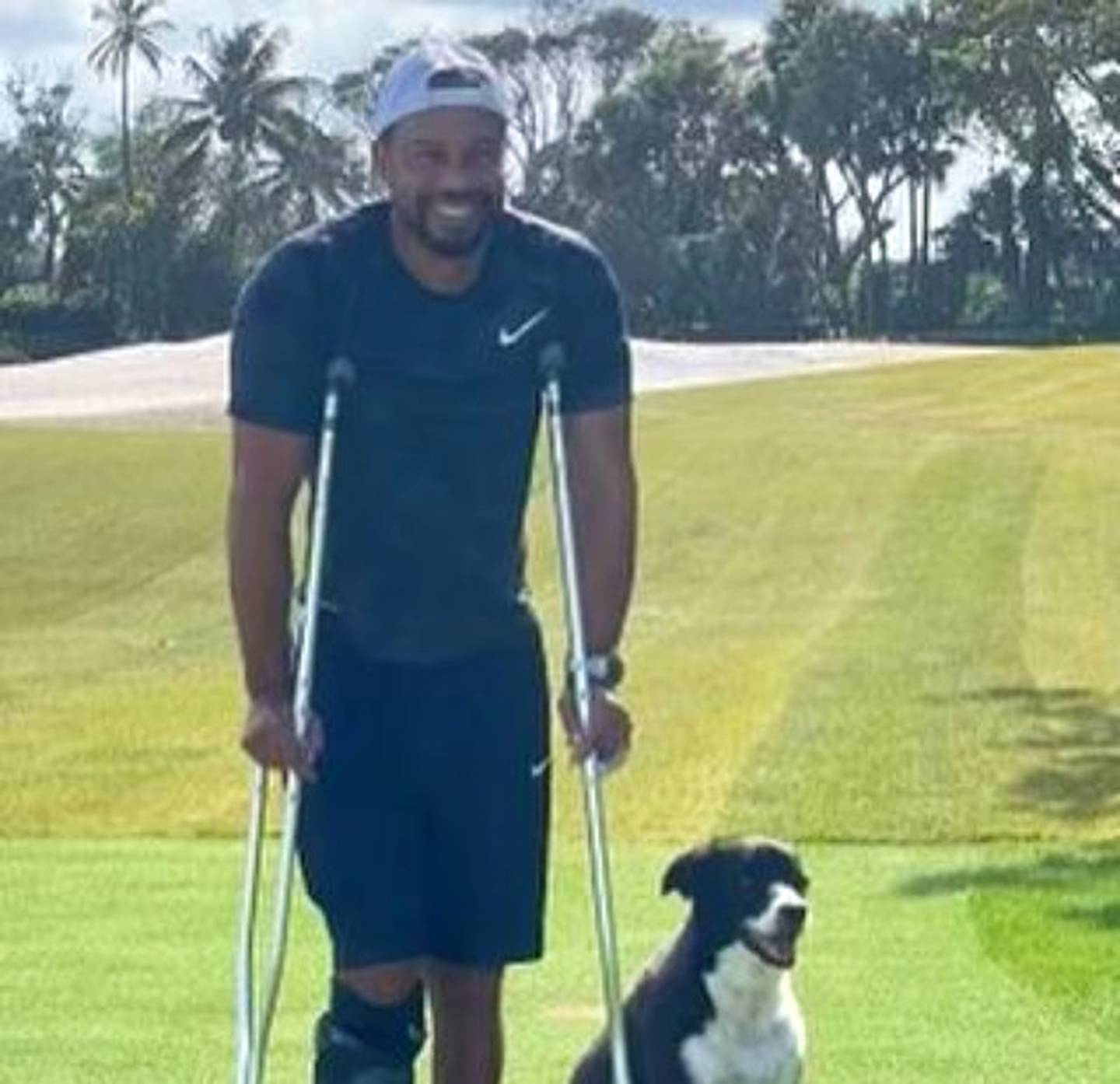 Tiger Woods says his current focus is on learning to walk unaided once again. Photo / Instagram

When asked about his hopes of playing golf again, Woods would say only: "My physical therapy keeps me busy. I do my routines every day. I'm taking it one step at a time."

LA County Sheriff Alex Villanueva had previously said only Woods can now explain why he sped up and failed to brake during the incident on February 23.

Woods' wrecked car had crossed into the opposite lane, hit a kerb and then collided with a tree before rolling down a verge on the border of Rolling Hills estates and Rancho Palos Verdes. Woods, who was wearing a seat belt, underwent a long surgical procedure on his lower right leg and ankle, before being moved to another hospital for follow-up procedures.

He returned home to Florida to continue his recovery on March 15. Updates on Woods' progress have been limited, but on April 23, he posted a photo on his Instagram account of him on crutches and an air cast on his lower right leg.

"It's been incredible," Woods said of the help he has received. "I have had so much support from people both inside and outside of golf which means so much to me and has helped tremendously."

At the time of the crash, the 45-year-old was already recovering from a microdiscectomy procedure he underwent in December. It was Woods' fifth back operation overall and the first since his spinal-fusion surgery in April 2017.

No warrant was issued to check Woods' mobile phone to determine if he was on a call or texting.