The Brisbane suburb of Redcliffe will be the Warriors base in 2022.

It means the club will spend a third season away from Auckland, though they hope to play a number of 'hit and run' games at Mt Smart.

As first reported by the Herald two weeks ago, the home of the Redcliffe Dolphins in the Queensland capital was the club's preferred choice for next season and the NRL have given the green light.

A return to New Zealand was seen as impossible, given the ongoing border situation and the fact that the Warriors are currently stuck in Australia, unable to secure MIQ spots to come home.

Of all the possible Australian alternatives, Redcliffe, shone like a beacon.

The Warriors already have a relationship with the Queensland Cup team, with their reserve grade players turning out for the Dolphins in 2020 and 2021.

The 11,000 capacity stadium is a perfect size and an ideal venue, having hosted five NRL games this season, including the Warriors clash with the Bulldogs.

The Warriors will also hope to engage a sizeable expatriate population in Brisbane.

Most importantly, Redcliffe offers a permanent structure, after two years of using temporary facilities on the Central coast.

It also means the NRL team can prepare together for pre-season, after having split camps in Auckland and southern New South Wales last year. 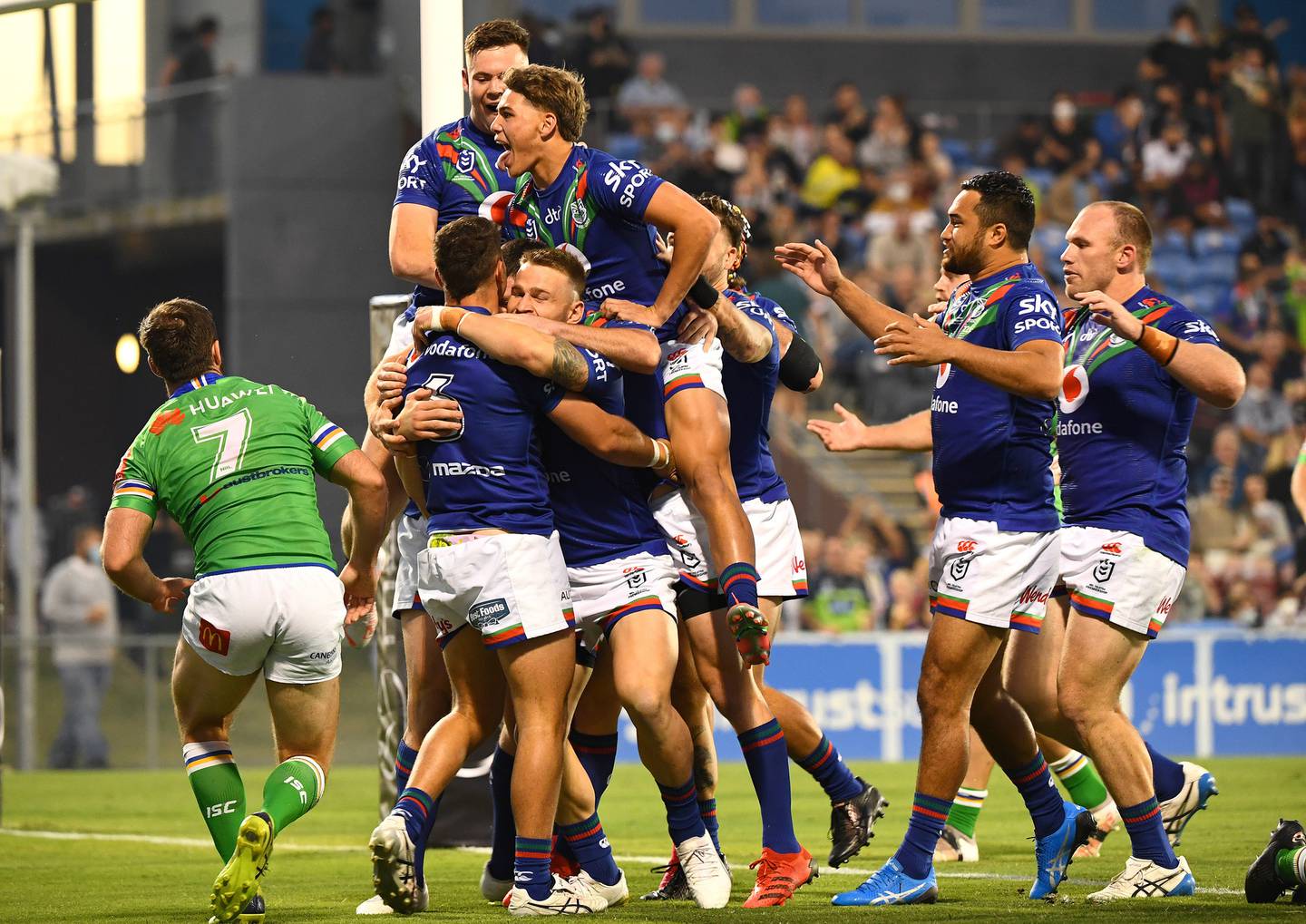 Warriors players react after Sean O'Sullivan (left) scored a try during the Round 24 NRL match between the New Zealand Warriors and the Canberra Raiders. Photo / Photosport.co.nz

The club will be based at Redcliffe for the entire season, unlike this year where they only committed to their Australian base for the first third of the campaign, in the hope they could return home.

But the Warriors are hopeful their local fans will finally see the team next season. As reported by the Herald on Sunday, the club is planning to have up to half of their 'home games' (six) staged at Mt Smart.

They will be on a fly-in, fly-out basis, with the two teams only spending three to four days on New Zealand soil.