Roger Federer says he hopes to play Wimbledon "one more time" despite being sidelined for a year with a knee injury.

"I hope I can come back one more time. I've missed it here," said the eight-time champion as he attended a special ceremony to mark the 100th anniversary of Centre Court.

The 40-year-old winner of 20 Grand Slam titles has been out of action since a quarter-final loss at the tournament in 2021 before undergoing another bout of knee surgery.

He plans to return to action at the Laver Cup in London in September and then take part in his home tournament at Basel.

"I knew walking out here last year, it was going to be a tough year ahead," said Federer, who received a standing ovation when he entered the court.

"I maybe didn't think it was going to take this long to come back – the knee has been rough on me."

Federer, dressed in a dark suit, was one of a host of Wimbledon champions at the ceremony that preceded the programme of matches on middle Sunday, established from this year as a permanent feature.

The Swiss star broke through at Wimbledon in 2001 with his famous win over Pete Sampras before lifting the first of his eight titles two years later. 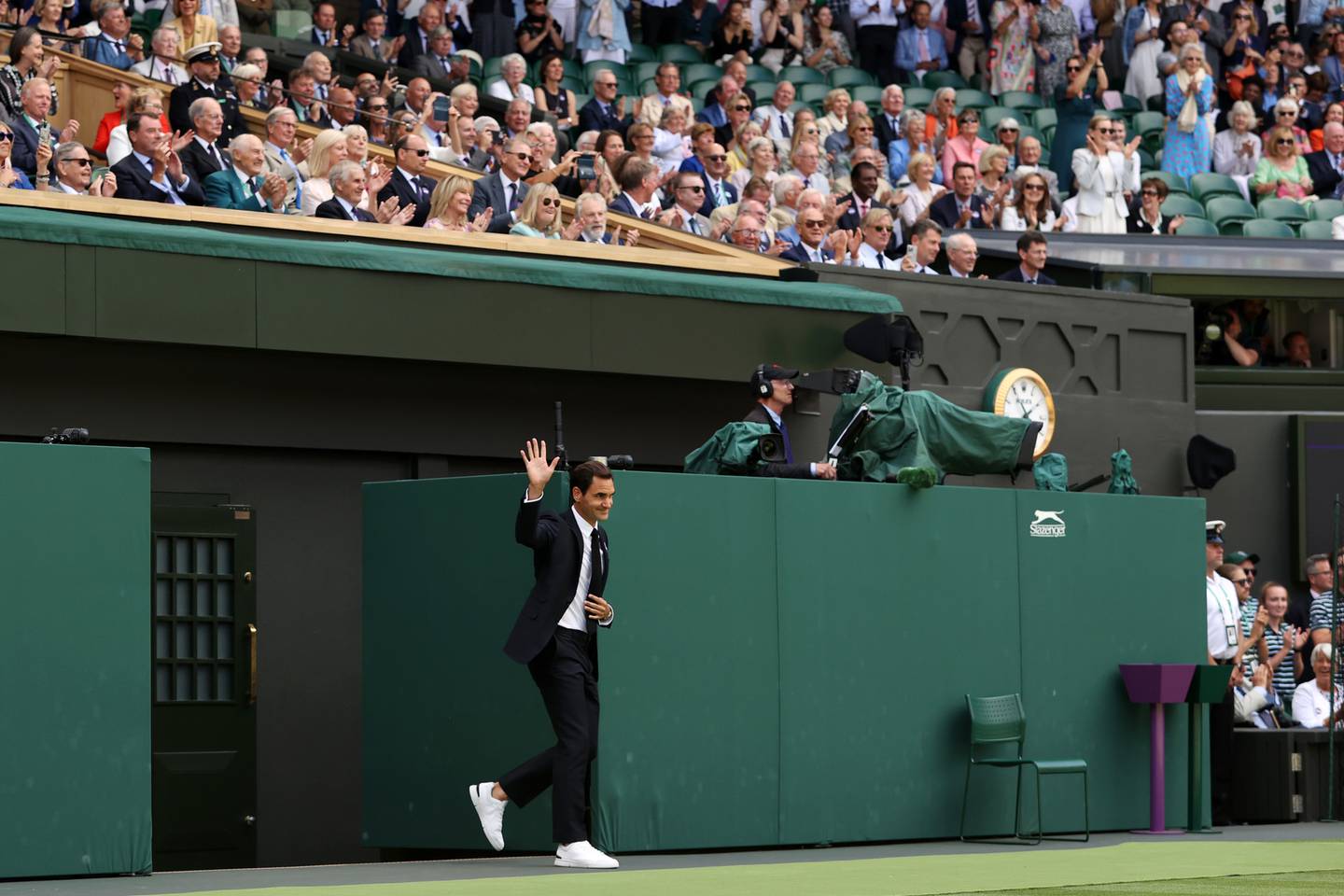 "I've been lucky enough to play a lot of matches on this court," he added. "It feels awkward to be here today in a different type of role but great to be here with all the other champions.

Federer was joined at the ceremony by two men responsible for some of those highs and lows – six-time champion Novak Djokovic and two-time winner Rafael Nadal.

Djokovic defeated Federer in the 2019 final, the longest ever at the tournament, which stretched over five sets and almost five hours.

"I feel more nervous now than when I'm playing," said Djokovic, who was back on Centre Court later in the day Sunday for his last-16 tie against Tim van Rijthoven.

"This court has been truly special from my childhood and the first image of tennis I've seen, when I was four or five years old I saw Pete Sampras winning his first Wimbledon.

"This is where dreams come true and I was blessed in 2011, probably the highlight of my career, to win the tournament and so when I step out on this court I relive these memories. Truly an honour." 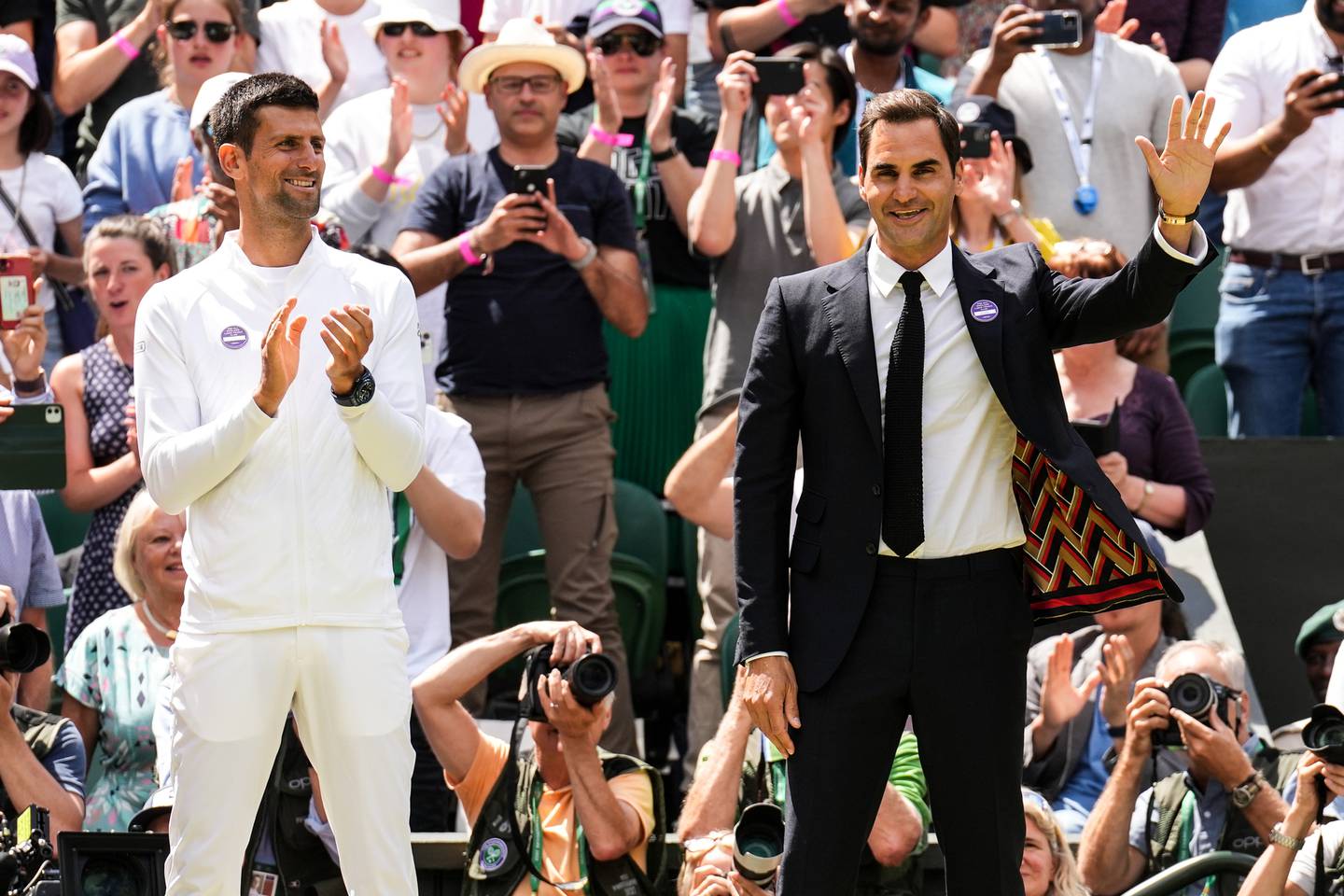 Nine-time champion Martina Navratilova was unable to join the parade due to testing positive for Covid-19.