Regardless of how the whole "an unvaccinated Novak Djokovic goes to Australia" saga concludes – and, despite a favourable court ruling Monday, his status is still up in the air with Immigration Minister Alex Hawke still deciding whether to again cancel his visa – there are plenty of key questions for the top-ranked tennis player to answer.

—Why didn't he get Covid-19 shots? Djokovic confirmed in an affidavit submitted as part of his legal case that he is not vaccinated; non-citizens entering Australia need to be inoculated, unless they are approved for a medical exemption.

—What was his plan to play in the Australian Open if he had not tested positive for Covid-19 last month? (That test was his basis for seeking an exemption.) Was he resigned to sitting out the tournament he's won a record nine times? —Why was he at a public event a day after receiving the result of that positive test?

—What does Djokovic expect to happen moving forward as he travels the globe intending to play in tournaments elsewhere that will likely have vaccination requirements?

—How will the more than 100 hours Djokovic spent confined to a hotel room while awaiting the appeal of his visa's cancellation affect him mentally and physically if he does get to participate in an event that begins next Monday?

Djokovic has yet to address any of the above issues during a whirlwind swirl of events that included taking a flight to Australia believing that he had been approved to go to the country; an eight-hour standoff at an airport in Melbourne; the cancellation of his visa after questions arose about the medical exemption he was granted; and a judge's ruling that overturned that cancellation and freed the 34-year-old from Serbia from detention on the grounds he wasn't given enough time to speak to his lawyers before his entry was blocked at the airport.

The case now rests in the hands of the Immigration Minister Alex Hawke, who could overrule the judge and order that Djokovic be deported.

Of even more consequence: Such a move also could result in Djokovic being barred from Australia for three years. Looking at this purely from a sports perspective, that would be quite harsh and quite significant, denying Djokovic a chance to accumulate more trophies at a hard-court tournament he has ruled much in the way Rafael Nadal has dominated at the French Open and Roger Federer has at Wimbledon.

"Despite all that has happened, I want to stay and try to compete. ... I remain focused on that," Djokovic wrote in a Twitter posting from just after midnight local time. "I flew here to play at one of the most important events we have in front of the amazing fans."

Djokovic, who has won the tournament three years in a row, followed up with another tweet to thank folks for "standing with me through all this and encouraging me to stay strong".

That pretty much accounts for everything the world has heard from Djokovic on the matter.

Meanwhile, back home in Serbia, his parents and brother met with reporters to tout victory via the judge's decision — which could have been premature, depending on what Australia's immigration minister eventually does.

Asked by a reporter about Djokovic's public appearance without a mask on December 17, following a December 16 positive Covid-19 test – people in Serbia have been fined for violating self-isolation rules during the pandemic – his brother, Djordje, responded: "This press conference is adjourned at the moment." 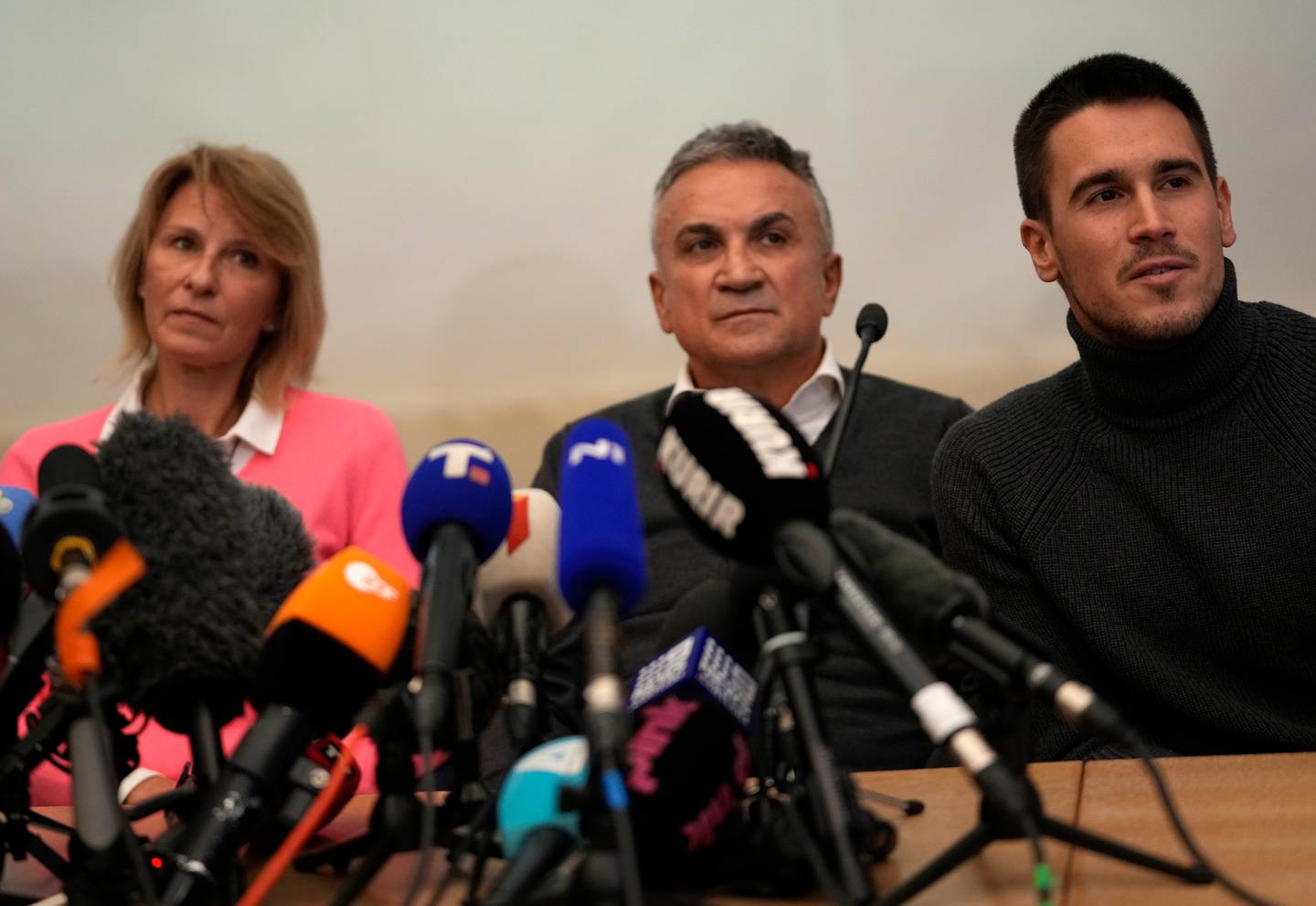 Dijana Djokovic, Novak's mother, called the Australian court victory the biggest win of his career in a press conference held by the Djokovic family overnight.

"Novak stood up against the system and the government … he had arrived to win that tournament," she said. "Never so far had we faced a situation like this. This situation is very difficult for us and for five to six days we tried to fight for him."

Novak was reportedly confirmed to appear the press conference overnight but the family deny such claims were made.

The Djokovic family said despite the drama, they "love Australia".

"We have just pure love for all of the world. We love Australia. Novak loves Australia. We've been there so many times, we'll keep coming back," Djordje said. "We just have to thank all the people who gathered in front of the hotel every day … for all of the support, for the love and peace they've been sending to him.