Australia has reacted with disgust to news anti-vaxxer Novak Djokovic has been granted an exemption to play in this month's Australian Open.

Despite public claims by Victorian government officials in recent months the world No. 1 would not be allowed to take part in the grand slam if he wasn't fully vaccinated, Djokovic is heading Down Under in search of a 10th crown at Melbourne Park.

Djokovic has refused to make his vaccination status public but in April 2020 the 34-year-old said he was opposed to mandatory jabs.

"Personally, I am not pro-vaccines," he said at the time. "I would not like it for someone to compel me to be vaccinated so I can travel."

Djokovic announced the news of his exemption on social media on Tuesday night, sparking a wave of fury from Aussies – particularly in Melbourne and Sydney – who have endured months of restrictions and lockdowns over the past two years. 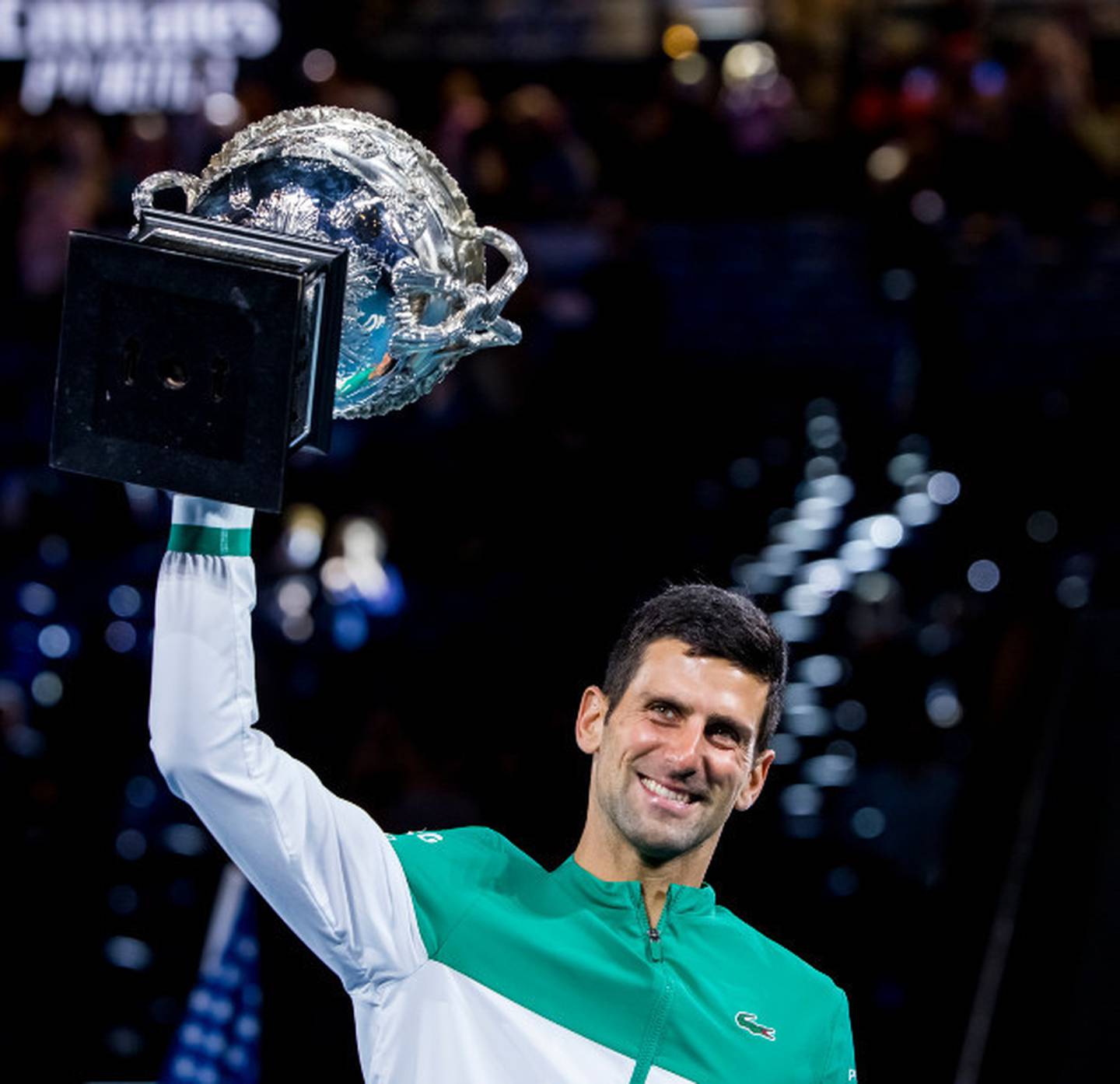 Novak Djokovic will be attempting to defend his 2021 Australian Open title after all. Photo / Photosport

Melbourne-based radio host and sports broadcaster Andy Maher was one of many who lashed out.

"Australians have been denied for two years, but this bloke – who's taken extraordinary liberties in the face of the coronavirus – gets his exemption. Novak Djokovic is an all-time great, but he ain't essential," Maher wrote on social media.

Sports writer Daniel Cherny called it "weak as p**s" while ex-AFL star Corey McKernan tweeted: "People with loved ones who are dying / some needing urgent treatment cannot get into their own states. You tell people they can't go to Coles or a cafe without being vaxxed but if you're world number 1 you get a pass? F***ing disgrace."

Footy journalist Jon Ralph said: "What a rort. Watch everyone dodge the responsibility for him somehow getting an exemption.

"People will be going to bed right now to get up at 5am to do the right thing to get into testing queues for PCR results they won't get for six days and will quarantine anyway. How bloody galling to see Novak get an exemption. Farcical."

Sports reporter Bernie Coen added: "WHAT A FARCE! Novak gets exemption to play #AusOpen but some Aussies can't even fly interstate to see dying loved ones. Fair dinkum #disgraceful that's a big up yours from sports officials and the Gov to Aussies to allow this."

Journalist Samantha Lewis tweeted: "Everybody attending the Australian Open has a patriotic duty to boo Djokovic for the entirety of his stay. this is an obscene decision and organisers should be f***ing ashamed of themselves."

It wasn't just Australians blowing up. Jamie Murray – doubles world No. 19 and brother of two-time Wimbledon champion Andy Murray – said there were different standards at play.

"I think if I had been there instead of him, I would not have obtained any exemption," he said.

So, what's the explanation?

Tennis Australia released a statement on Tuesday night in response to the decision for Djokovic to be granted an exemption.

It's important to note TA did not give permission for Djokovic to play while remaining unvaccinated. Instead, his exemption was the result of a review process involving two independent panels of medical experts – the Australian Technical Advisory Group on Immunisation (ATAGI) and the Independent Medical Exemption Review Panel appointed by the Victorian Department of Health.

"Under an independent process, applications for a medical exemption were first reviewed by an expert panel made up of doctors from the fields of immunology, infectious disease and general practice.

"Applications that met the national guidelines set by the Australian Technical Advisory Group on Immunisation (ATAGI) were then subjected to a second review conducted by a Government-appointed panel of medical experts, the Independent Medical Exemption Review Panel.

"The applications were reviewed and approved only in line with ATAGI guidelines." 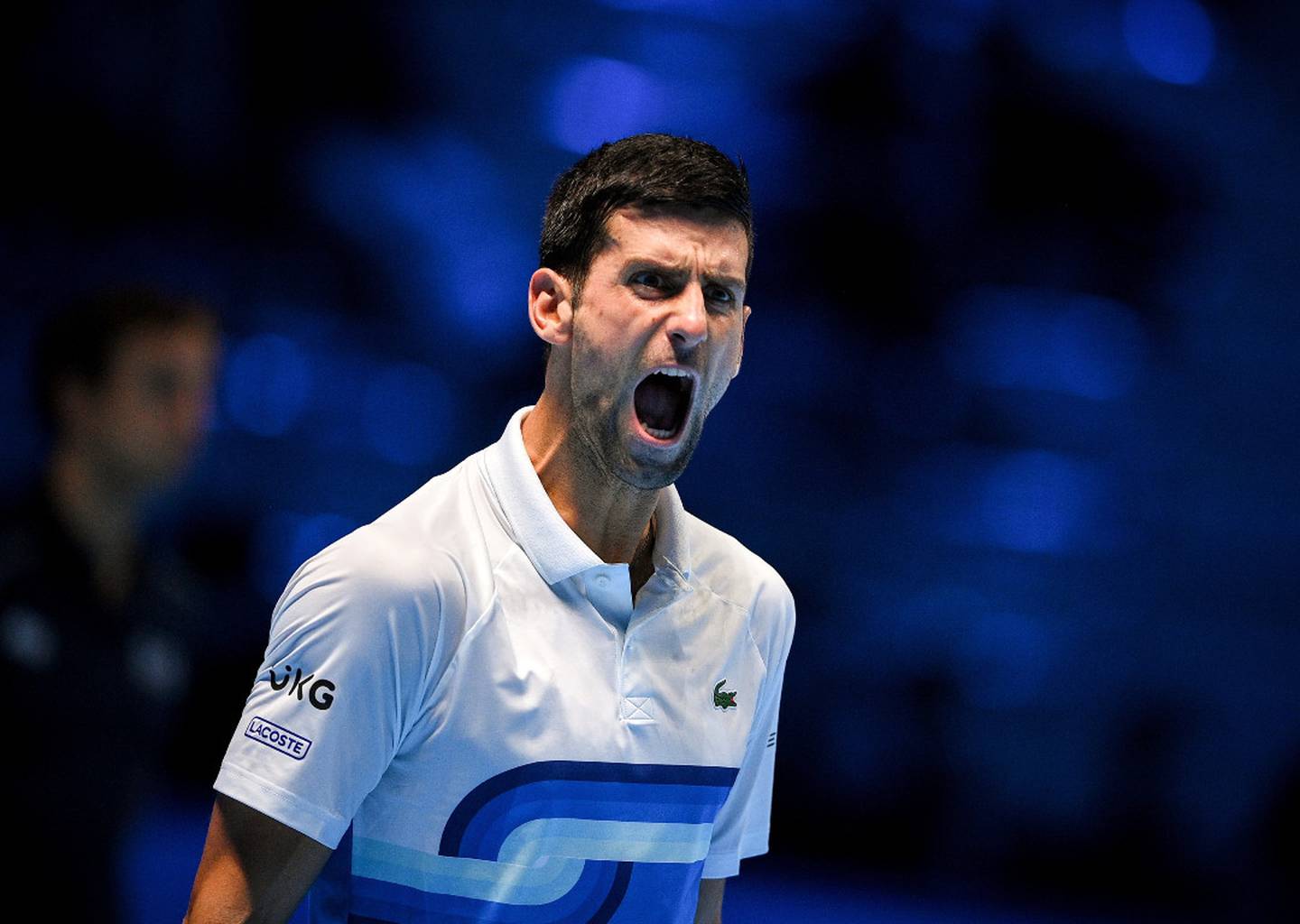 Novak Djokovic can no doubt expect a fiery crowd response when he appears at the 2022 Australian Open. Photo / Photosport

Australian Open Tournament Director Craig Tiley said players, fans and staff at the Australian Open must be fully vaccinated to attend, unless they have a legitimate reason to obtain an exemption.

"Fair and independent protocols were established for assessing medical exemption applications that will enable us to ensure Australian Open 2022 is safe and enjoyable for everyone," Tiley said.

"Central to this process was that the decisions were made by independent medical experts and that every applicant was given due consideration."

TA boss Tiley appeared on breakfast TV on Wednesday morning to address the controversy. He defended the independent review process that led to Djokovic being granted an exemption and said the governing body for tennis in Australia does not receive the 20-time grand slam champion's private medical information that led to the decision.

Tiley added 26 players and their primary support staff applied for exemptions and only a "handful" of them were successful.

Tiley reminded people one of the reasons an exemption can be granted is if someone has had Covid-19 within the past six months. Djokovic contracted the virus in mid-2020 after his ill-fated Adria Tour – a tennis exhibition tournament that ignored social distancing guidelines – but he has not revealed if he has tested positive in the past six months.

"ATAGI's laid out very clear guidelines for all of us coming into Australia that we have to abide by. That's why we've been saying to the players from the beginning if you want to be assured to come to Australia, you get vaccinated and you be fully vaccinated," Tiley told Today.

"And if you have a medical reason, a medical condition, there is a process if you can go through.

"There's been no special opportunity granted to Novak, nor would there be to any tennis player. In fact, there's been a process that goes above and beyond the normal process for everyone."

Victorian officials made to look foolish

The decision to grant Djokovic an exemption is especially galling in light of public comments made by Victorian politicians about the Serbian's eligibility to compete Down Under.

Last month Victorian Deputy Premier James Merlino shut down any talk Djokovic could exploit a "loophole" to gain access to the Australian Open without being vaccinated.

"Everyone's looking forward to the Australian Open and everyone who will attend – spectators, players, officials, staff – is expected to be fully vaccinated," Merlino said. "They're the rules.

"Medical exemptions are just that – it's not a loophole for privileged tennis players.

"It is a medical exemption in exceptional circumstances if you have an acute medical condition."

Understandably, many on social media have been questioning how a professional athlete who is ranked No. 1 in the world could possibly have an "acute medical condition" serious enough to prevent them from being vaccinated.

As tennis writer Ben Rothenberg said on Twitter: "What 'acute major medical condition', as listed here by Australian authorities, could a healthy #1-ranked athlete have?

"There are also non-medical exemptions which can be applied for to enter Australia; Djokovic did not say his exemption was medical. However, it's difficult to imagine a tennis player, even a good one, could be deemed 'in the national interest' or possessing 'critical skills'."

Victorian Premier Daniel Andrews has also been made to look sheepish after his blunt declarations about the Djokovic saga. In early October Andrews said the situation was simple for Djokovic – get vaccinated or don't play the Australian Open.

"The notion of you getting in here without being vaccinated I think is very, very low."

Later in October Prime Minister Scott Morrison confirmed unvaccinated tennis players would be allowed to enter Australia to compete in the year's first grand slam but said they would need to complete two weeks of quarantine. 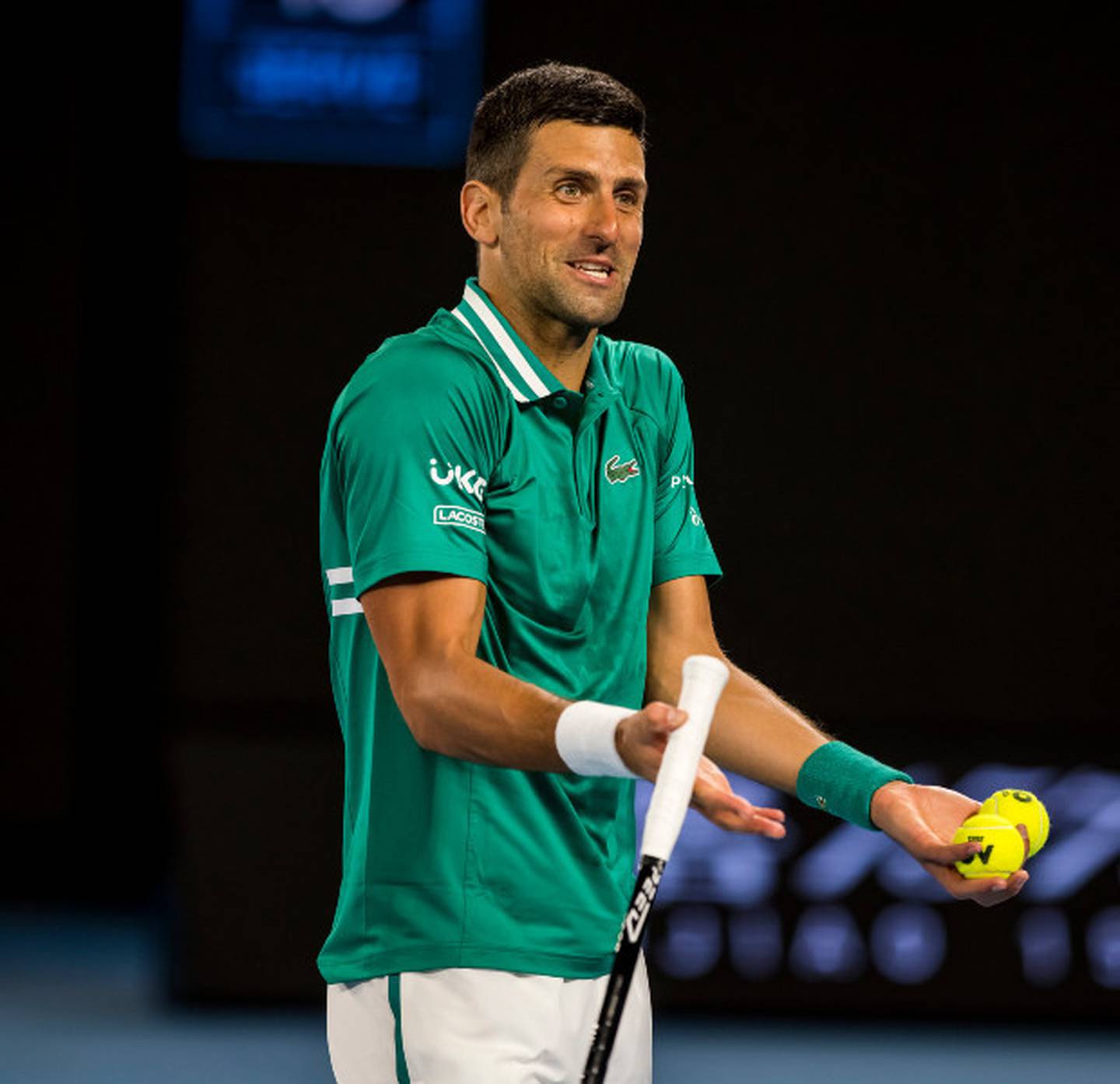 That admission prompted Andrews to hit back.

"What I want to make very clear is that the state of Victoria will not be applying for any exemptions for unvaccinated players," he said at the time.

"I'm not applying for any exemptions for any unvaccinated players. So, we don't apply for an exemption, then no exemption will be granted. And then the whole issue is basically resolved.

"I'm not going to actually require people sitting in the grandstand people working at the event to be vaccinated while players aren't, so we're not going to be applying for an exemption."

Earlier in 2021, Andrews said if everyone else at Melbourne Park needs to be fully vaccinated to attend the Australian Open, then the same rules should apply to players.

"You try getting into the US … most of Europe, really, so many different parts of Asia if you haven't been vaccinated," Mr Andrews told ABC radio. "Like, you're just not getting a visa – why would that be different here?

"I don't think it's too much to say, if you want one of those visas and you want to come here, then you need to be double-vaxxed.

The final decision was out of the government's hands but those words carry little weight now.

A further question remains – if Djokovic is unvaccinated and is only now heading to Australia, then per Morrison's claims last year he would need to quarantine for two weeks. However, that won't happen because the Australian Open kicks off in less than 14 days, beginning on Monday January 17.