It has been revealed that the swimmer who was rescued in dramatic fashion at the world championships on Thursday stopped breathing for at least two minutes, adding weight to the surprise news that she could compete again in the coming days.

Artistic and synchronised swimmer Anita Alvarez had to be saved by one of the United States team's coaches for the second time in just over a year after fainting in the water during her routine.

The latest incident happened at the Fina World Aquatics Championships in Budapest when the 25-year-old sank to the bottom of the pool at the end of her solo free final routine.

Head coach Andrea Fuentes, a four-time Olympic medallist in synchronised swimming, dived in and pulled Alvarez up towards the surface. A fellow athlete also swam across to assist in the rescue as distraught US spectators looked on. 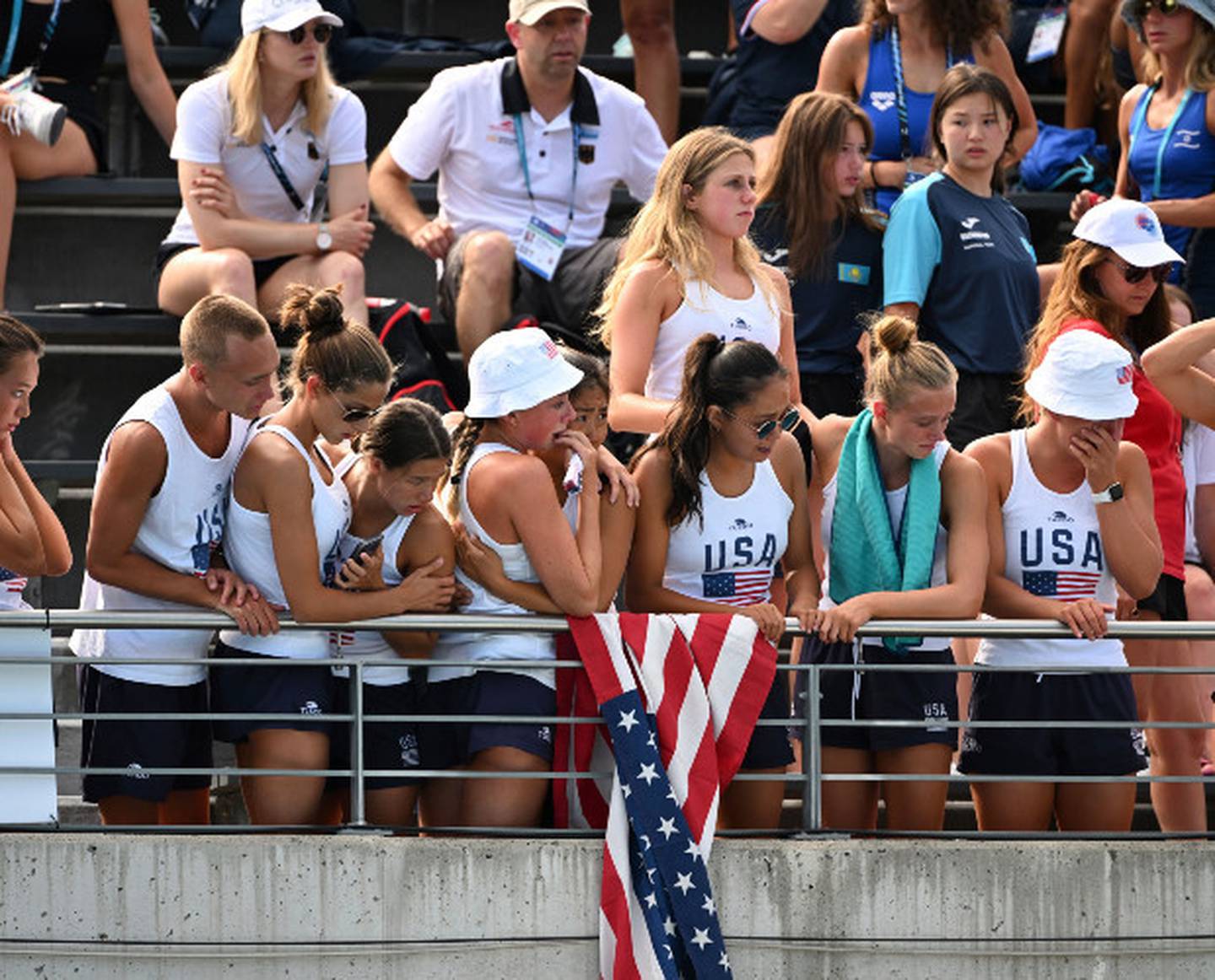 Fans and teammates react as Anita Alvarez is rescued from the pool. Photo / AP

Alvarez was involved in an almost identical incident in an Olympic qualifying event in Barcelona on June 13 last year, Fuentes again coming to the rescue after she briefly lost consciousness.

Later in the day, Spanish newspaper Diario AS reported that Fuentes said the incident was much more terrifying than it may have initially seemed; after British and US media said Alvarez was revived with apparent ease.

"It was very intense. I think she was at least two minutes without breathing because her lungs were full of water.

"But we were able to take her to a good place, she vomited the water, coughed and that was it, but it was a big scare." 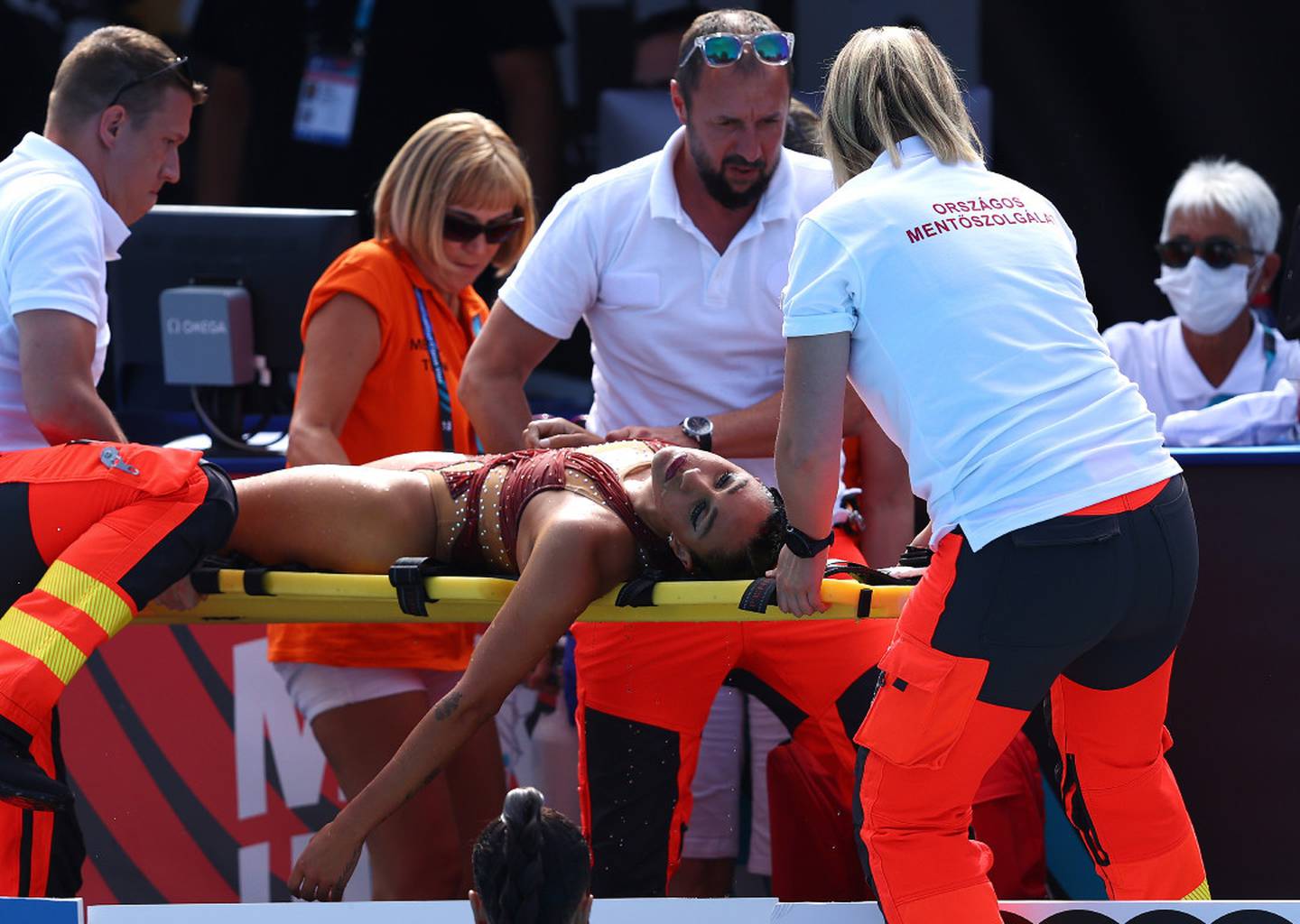 Anita Alvarez is stretchered from the pool by medics at the FINA World Championships. Photo / Getty

Fuentes also criticised the slow reaction of the lifeguards attending the event, saying she was forced into taking action herself.

"When I saw her sinking, I looked at the rescuers, but I saw that they were stunned. They didn't react," Fuentes told Diario AS.

"I thought, 'Will you jump in now?' My reflexes kicked in quickly. I'm like that, I can't just stare.

"I didn't overthink it, I jumped. I think it was the craziest and fastest free dive I've ever done in my career.

"I picked her up and lifted her, obviously she was heavy, it wasn't easy."

Surprisingly, the team has not ruled out the possibility of Alvarez competing in the final of the team event, just two days after the near-tragedy.

"Anita feels good now and the doctors also say she is okay. Tomorrow she will rest all day and will decide with the doctor if she can swim free team finals or not," USA Artistic Swimming said in a statement.

Alvarez scored 87.6333 points for her routine to finish seventh in the final. The event was won by Japan's Yukiko Inui, who scored 95.3667.