Don't write the Highlanders out of contention just yet.

After a dreary start to the season, the Southerners have found a patch of form in recent weeks, adding to that with a 27-19 win over the Reds in Brisbane on Friday night.

It was a slow burn for the Highlanders. For the first 40 minutes, they were on the back foot – with yellow cards to Josh Dickson and Marino Mikaele-Tu'u allowing the Reds to exploit the holes in their defence and break into the lead.

But in the second half, the Highlanders got to work. They showed plenty of intent when they got their hands on the ball, but the Reds defence forced them to play patiently.

Building phases and enjoying long stretches of possession, the Highlanders got plenty out of Billy Harmon and Mikaele-Tu'u, who took strong carries and brushed off defenders, while Folau Fakatava made the difference when he was injected into the game after 55 minutes.

"You can see what Folau can do to a game," Highlanders first-five Mitch Hunt said after the match.

"Especially the sort of game that it was, the impact that he adds – I'd hate to be the opposing team when someone like him is coming on at halfback just running rings.

"He's great for us, he's really grown as a player and we can see exactly what he can do." 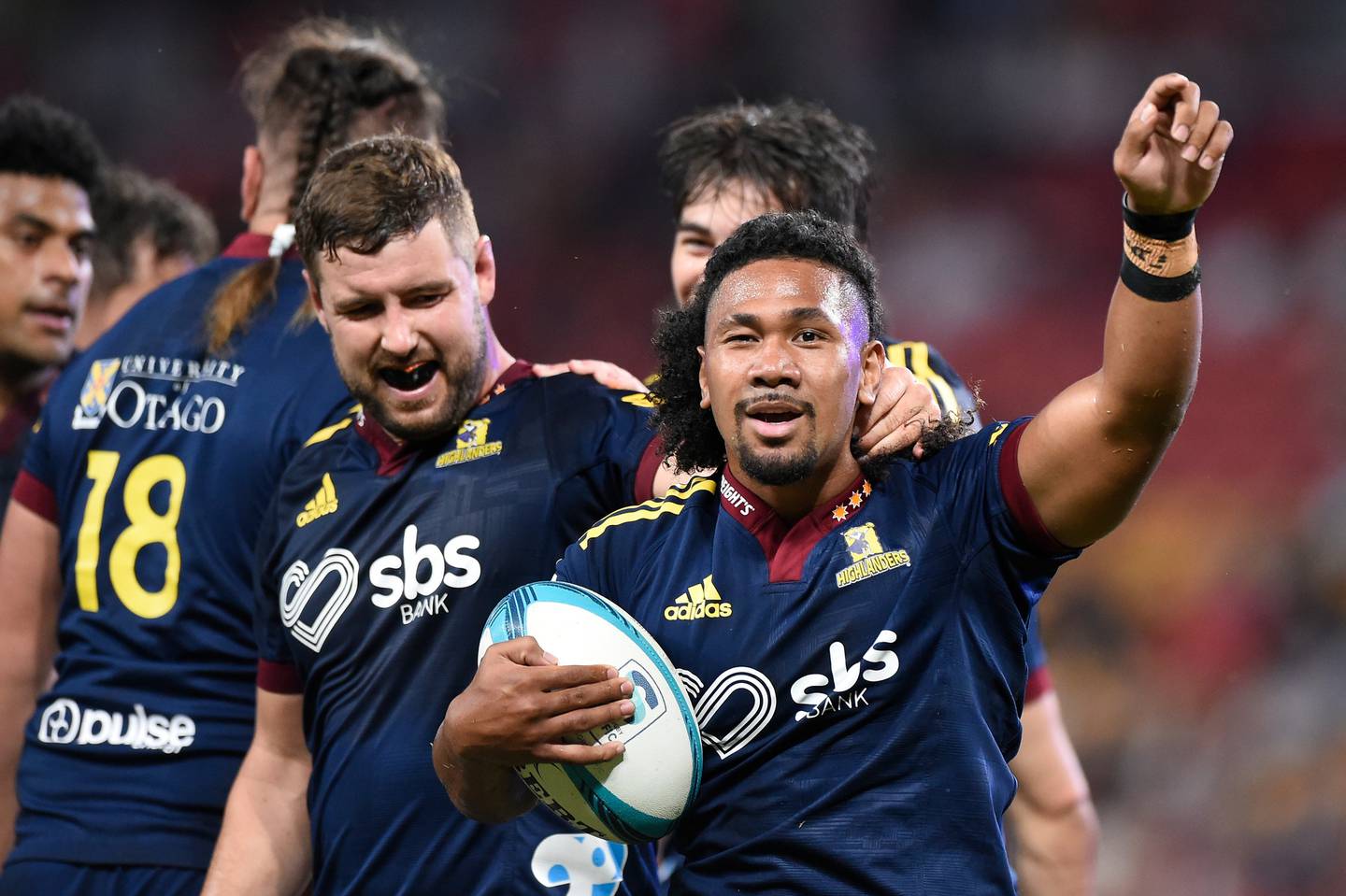 Folau Fakatava of the Highlanders celebrates scoring a try against the Reds. Photo / Getty

It was a strong, albeit unrewarded, start from both teams as they surged up the pitch and each earned penalties well within kicking range from their first possessions. However, neither kicker could give their side a lead from the tee.

The Reds enjoyed the bulk of the early possession, attacking the Highlanders up the middle of the park. While the Highlanders held strong early, a high shot from lock Dickson 13 minutes in and a lifting tackle from Mikaele-Tu'u four minutes later opened the door for Reds fullback Jock Campbell to exploit the holes in the line and stroll through for the first try of the game.

The hosts extended their lead with a cross-field bomb under penalty advantage, which was collected well by centre Josh Flook to score and extend the lead.

The Highlanders – back to their full complement – hit back just four minutes later, with centre Thomas Umaga-Jensen getting his side on the board. Thomas Umaga-Jensen (left) of the Highlanders celebrates scoring a try against the Reds. Photo / Photosport

Two Hunt penalties either side of halftime put the Highlanders in the lead with 35 minutes to play, but that was snatched right back when lock Ryan Smith scrambled his way across the line for the Reds.

But while it was a bit of a slog for the Highlanders early, things began to open up for both sides as the game progressed – and Highlanders coach Tony Brown summed the situation up well, sending Fakatava into the fray with 25 minutes to go.

Fakatava caught plenty of attention with his rapid and at times frantic brand of rugby, and he made the most of his time on the pitch.

Setting up a try with a tricky flick pass back on the inside to wing Scott Gregory before scoring a try with 14 minutes remaining, Fakatava changed the game for the Highlanders and the Reds couldn't go with them.