Arnhem players were celebrating on the pitch in front of their fans when the lowest section of the stand collapsed. About 35 people were standing on the section that was affected.

One player put his hands on his head when it happened before other players punched the air when it became apparent that nobody had been hurt.

Fans quickly clambered upwards, away from the affected part of the stand.

NEC director Wilco van Schaik told Dutch broadcaster NOS that, as far as he knew, nobody was injured. "There was a container under the stand and that prevented anything more serious," he said. 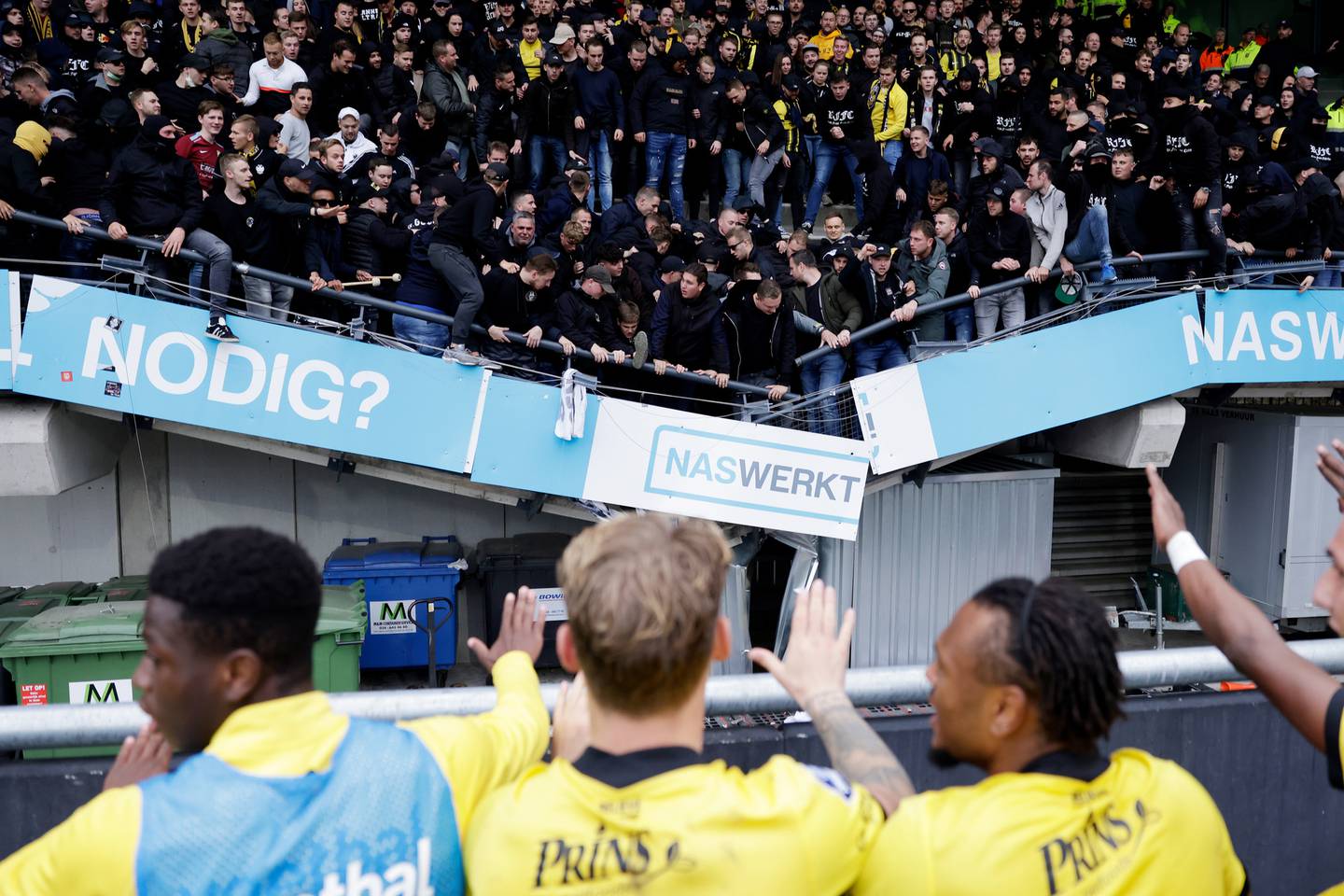 "Luckily, as far as we know, nobody was injured. I want an investigation as quickly as possible into what happened here," Bruls told NOS.

Vitesse midfielder Riechedly Bazoer was among players who were celebrating with fans.

Footage of the accident has since gone viral on social media, accumulating more than 478,000 views on one Twitter post alone.