Record-breaking crowds are tipped to welcome the Wellington Phoenix home on Saturday, with Sky Stadium projecting the biggest turnout for a Phoenix game in history.

They also expect it to smash the attendance record for A-League matches this season, which sits at 20,336.

Sky Stadium chief executive Shane Harmon said on Friday over 17,500 tickets had been sold, and they anticipated upwards of 20,000.

It was a "fantastic feeling" to welcome the Phoenix home, and Harmon hoped the home crowd would invigorate the team in their first home game in over a year.

"This is going to be a celebration, it's a homecoming and it's going to be one of those occasions that people remember for years to come," he said.

"The thought of not just having the biggest Phoenix crowd but the biggest crowd for the A-League this season, I think it's going to fire the players up.

"There's been plenty of studies done showing the advantage of home-ground support and the impact it has on a result."

Saturday's game against Western United would be the Phoenix's first home game in 433 days.

Due to Covid-19 travel restrictions, the team has been based in Australia since November for the A-League football season.

They flew into Wellington Airport on Monday to a welcome from family, friends and fans, and a pōwhiri by local iwi.

With Saturday's crowds expected to be double that of a normal Phoenix game, Harmon said fans were showing their appreciation for the team's sacrifices throughout the season. 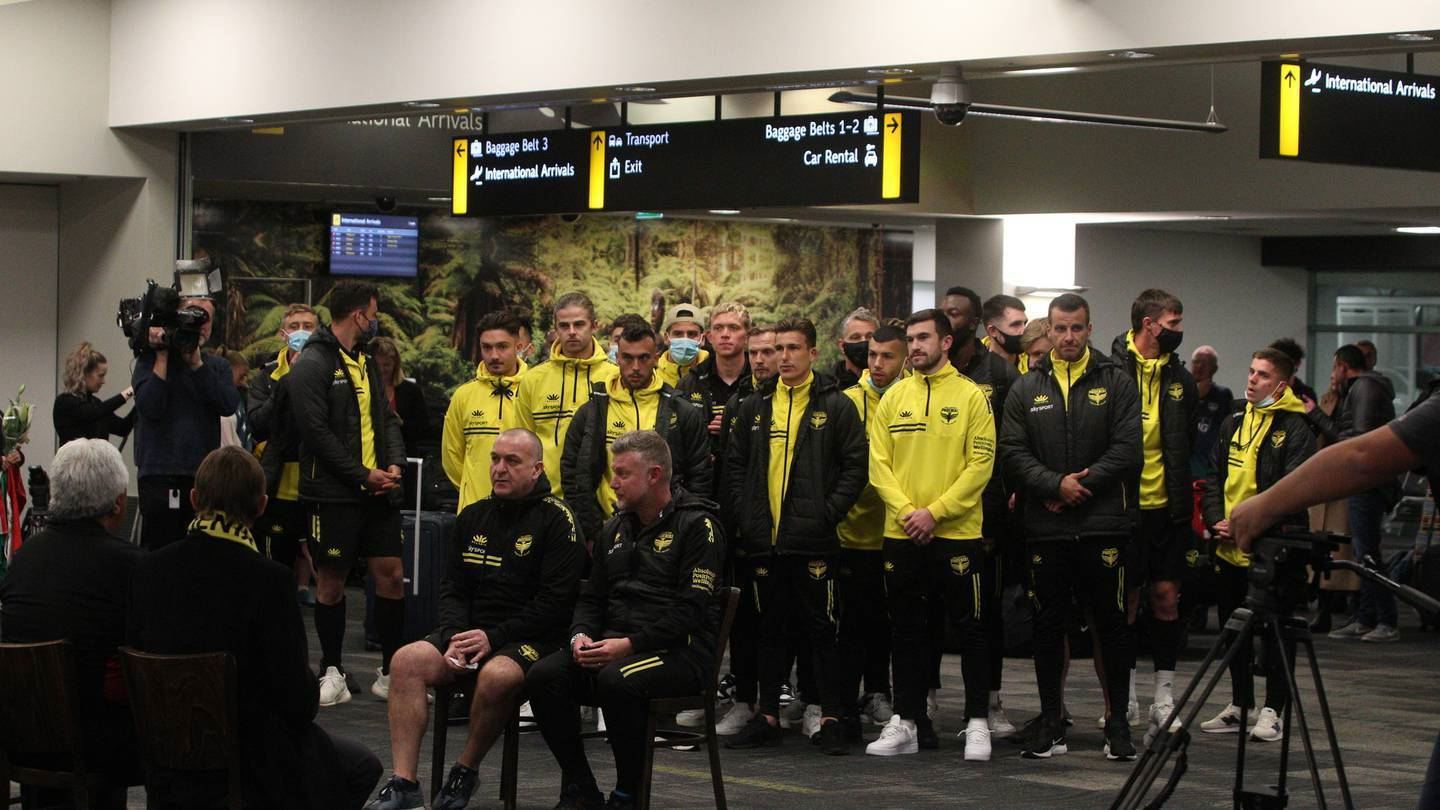 "There's a real pent-up demand for football after a year, and I think It's just recognition of the sacrifices the team and staff have made in terms of uprooting from Wellington and moving to Australia for nearly two seasons.

"I'd like to think tomorrow's crowd is a recognition of that."

Considering the Covid restrictions still in place elsewhere in the world, Harmon was grateful Sky Stadium was able to host crowds of 20,000 people.

"When we look around the world, while the last couple of years have been really tough, we are very fortunate to be able to do what we've been able to do.

"And hopefully with the Phoenix game finishing around 6 o'clock people will head into town for a bite to eat or drink and the hospitality industry will be the beneficiaries."

The stadium had a capacity of 35,000 and they were hoping to see it two-thirds full by kick-off, at 4.05pm on Saturday.