The Wallabies have been handed a "dream draw" in the 2023 World Cup while the champion Springboks have drawn the "pool of death".

And British media claimed England had scored a big win in the draw, even though they must face World Cup upset specialists Japan and also Argentina, who have just beaten the All Blacks.

There were widespread attacks by world media on rugby bosses for making the draw three years out from the tournament in France.

Australia, meanwhile, seemed quite happy with its lot. 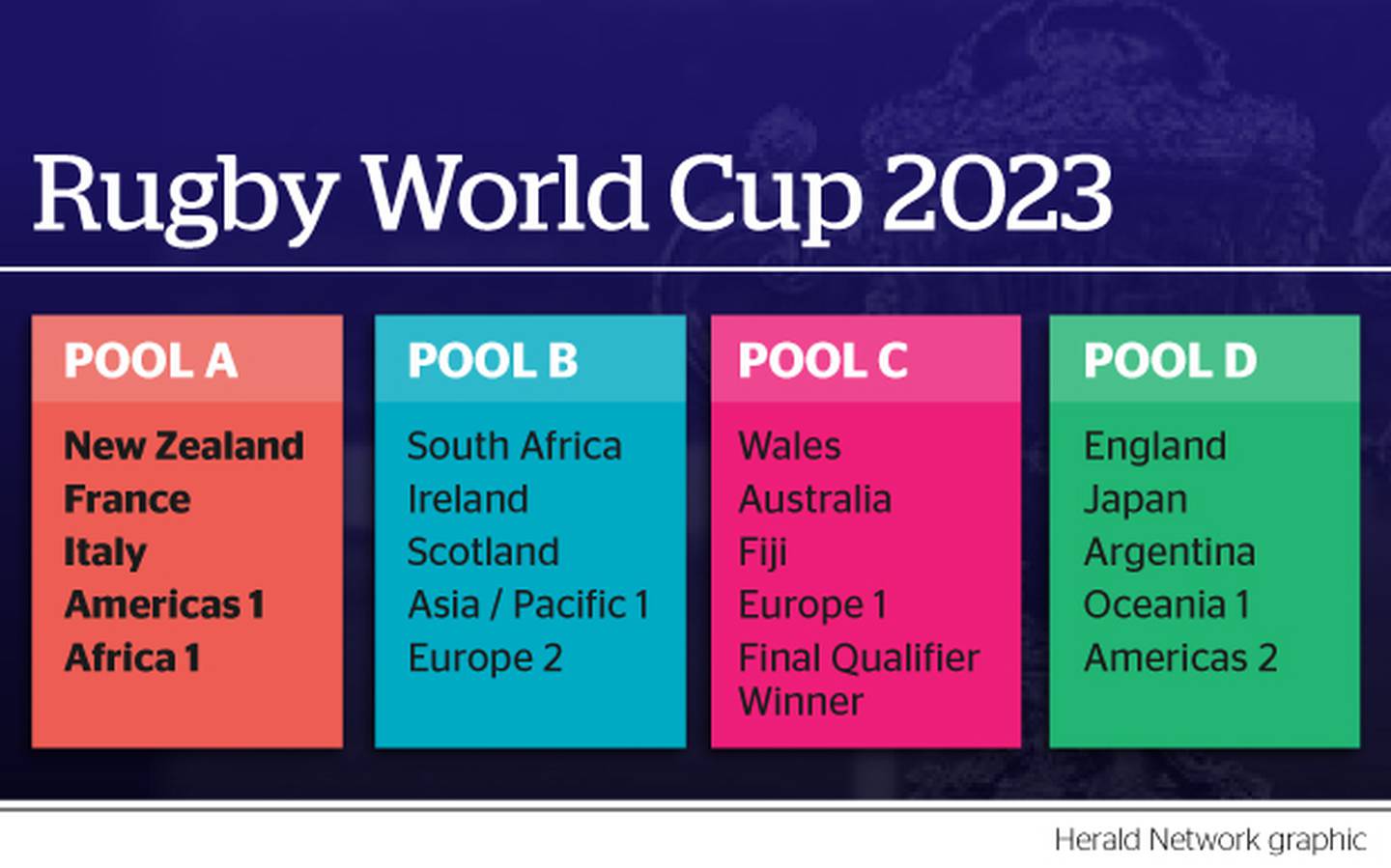 The Sydney Morning Herald believes Dave Rennie's Aussie side have struck "almost a best case scenario" in avoiding champions South Africa, the All Blacks or England.

Australia have ended up in a group with Wayne Pivac's fast fading Wales, who were still seeded highly because rankings from almost a year ago were used as a consequence of the Covid-19 interruptions.

Australia will also play Fiji, who they have beaten in the group stage in the last two tournaments. Georgia might be one of the other two teams in that group.

However, the SMH noted that a pool defeat could have the Aussies heading towards a quarter-final clash with England, the point where their 2019 World Cup came to a halt.

Rennie told the media: "There's no easy pool. The three sides that are confirmed in this pool are all really tough.

"Fiji has got amazing athletes and with Vern Cotter in charge, he'll give them an edge which will be a real difference. We're all three years away. Our teams are going to change a lot."

Meanwhile Britain's Telegraph was drooling over Pool A, which features New Zealand and France who have a storied World Cup history.

"The hosts versus the All Blacks in the pool stages – does not get much better than that," Jake Goodwill exclaimed.

"France v New Zealand is going to be a superb match-up.

"…it provides and elite match-up, but with Italy the third ranked side both teams will be very confident of making the quarter-finals."

He said Pool B, featuring South Africa, Ireland and Scotland, was "probably the toughest".

"Pool B is, probably, the pool of death this time around."

England, however, "have a favourable draw in Pool D" alongside Japan and Argentina.

"However it is hard to get a read on Japan as they have not played international rugby since the last World cup. Argentina and Japan could yet be formidable opponents for Eddie Jones' side."

The Telegraph writer gave the draw ceremony and rugby a serve, saying: "Just like the sport itself, this event needs to speed up and stop wasting so much time."

The Times reckoned "England get kind group draw but path to final is treacherous."

"It is, of course, fairly preposterous to make such a draw almost three years before the event itself because there is so much time for form to fluctuate," wrote Owen Slot, the chief rugby correspondent.

"Nevertheless, Japan and Argentina face clear struggles which, at this point at least, appear to play into England's hands."

Meanwhile the draw drew hundreds of reader comments in the Guardian, including this one which slammed the premature groupings.

"Anyone else think drawing the final World Cup groups this far in advance is utter madness, especially as the seedings are based on rankings from 11 months ago?," it stated.

"By the time we reach the tournament…the top four teams could be completely different."

Another feared that England would "go to the knock-out stages under-cooked".

In South Africa's Supersport, Brendan Nel's opinion piece was headlined "World Rugby's draw makes as little sense as the rankings they don't use."

"By deciding that the rankings go out the window (why are they there in the first place if not to help sort placings for World Cup draws), the governing body has opened up an interesting can of works that will leave France 2023 with a lopsided draw that sees it top-heavy, while the bottom half looks like an absolute dream for Eddie Jones' England," he said.

"World Rugby has never really been able to explain why the draw needs to be done in the first year of the next cycle. Sure, organisers will be able to plan better, as will coaches…how many of the 12 qualified coaches will be there when the World Cup rolls around.

"(Rugby watchers know) that the business begins in the quarter-final. By throwing their own rankings out the window World Rugby have ensured that one of the top four sides will definitely not make it past the quarter-finals. It could also mean that (hosts) France could be out in the quarters as well, even though they look to be a dark horse favourite."