Big question marks hang over a 'mortal looking' All Blacks pack at the Rugby World Cup, according to a leading UK rugby writer.

In a column for The Guardian, rugby writer Robert Kitson has suggested the chasing pack sense a great opportunity to topple the All Blacks, three days out from the start of the tournament in Japan.

"A brief glance down the All Blacks forwards roster reinforces the sense there is no clear, runaway ante-post favourite," Kitson said.

"If Brodie Retallick was fully fit things might be different but the world's best lock may not be sighted before the knockout stages. In his absence New Zealand's pack looks mortal, which is the only encouragement their rivals ever need.

"Already South Africa have given them a hurry-up by winning the Rugby Championship and the All Blacks will fly in with more question marks hanging over them than normal. No one is suggesting they are not genuine contenders but their opening pool game against the Springboks will be highly instructive. The Boks will start the tournament hard and fast and could easily puncture many casual assumptions from the outset. 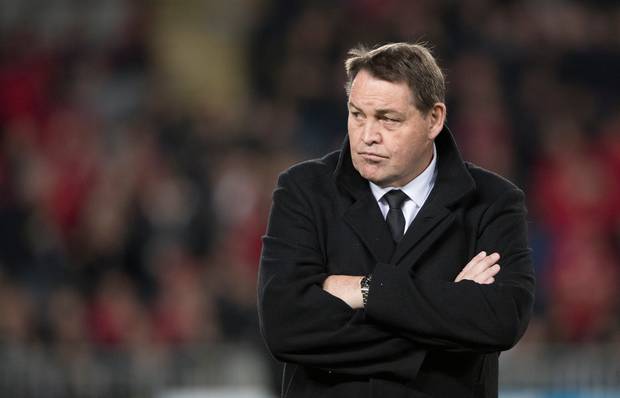 "And if Rassie Erasmus's powerful pack do make an early impact, who is to say they cannot go all the way? The mind drifts to 2007 when, as now, they did not arrive as obvious favourites. All that changed after they pulverised England 36-0 in the pool stages at the Stade de France, with a certain Jones having jumped aboard as a special consultant just a few weeks earlier. They went on to win the final, again at England's expense, with a shell-shocked New Zealand bowing out in the quarter-finals.

"There is a similar air of unpredictability this time. Would you put your mortgage on New Zealand topping their pool or both Wales and Australia breezing past Fiji?"

After a week of preparation in Kashiwa, the All Blacks enjoyed a traditional World Cup welcome at the Zōjō-ji temple in Tokyo yesterday, and Hansen, who has impressed the crowds that are following his team by occasionally speaking in Japanese, explained his team's mindset to reporters. 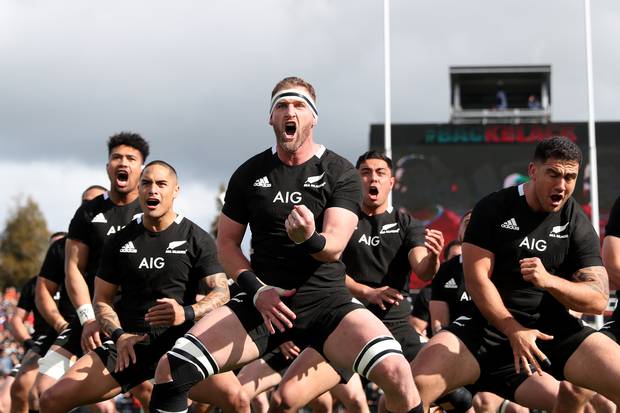 Kieran Read of the All Blacks performs the haka ahead of the rugby Test Match between the New Zealand All Blacks and Tonga at FMG Stadium. (Photo / Hannah Peters)

New Zealand is the first nation to win back-to-back Rugby World Cups. Another in the head coach's final months with the team would be obviously be extremely difficult to emulate.

"Trying to do things that have never been done before is a hallmark of what New Zealand people are about," Hansen said.

"We came away from the home shores and settled in a country at the bottom of the earth. We have to find ways to live in isolation when life wasn't like it is today.

"They become pioneers. What's important in life, and particularly in sport, is that you've got to strive to be leaders rather than followers.

The arrival of the All Blacks in Tokyo signals the start of test week, at the end of which await the Springboks in Yokohama, and a ramp up in intensity. That includes the added scrutiny by the thousands of locals who have attached themselves to the All Blacks – a report suggested 7000 attended an open training yesterday – and the scrutiny the players and management will put on themselves.

For that reason, a week acclimatising in the more laidback environment of Kishawa was invaluable, Hansen said.

"We've really enjoyed it from a coaching point of view," he told New Zealand reporters. "I know the coaches have because there's no pressure of a game on the weekend. We've been able to do some stuff that we really needed to do but haven't had the time to do because you're always time poor when there are test matches to be played and I think we'll get the benefits.

As part of the welcome ceremony press conference, Hansen wasted no time attempting to put more pressure on newly No 1-ranked Ireland, whom the All Blacks may face in a quarter-final, depending on where both teams finish in their pool.

Hansen told two Irish journalists: "You blokes are number one so you've gotta be the favourites."