A pitch invader cost Wales a chance at a victory over South Africa with the World Champions scoring late to seal a thrilling win in Cardiff.

With the scores tied 15-15 with 17 minutes to play, Welsh winger Liam Williams looked to have a clear run to the try line only to be obscured by a fan who had run on the field and was being held by a security guard.

It is the second incident in two weeks at Principality Stadium after an intruder joined the All Blacks side for the national anthem last Sunday.

Williams was eventually tackled and Wales slotted a penalty from advantage to take the lead before South Africa came back to steal the test late. 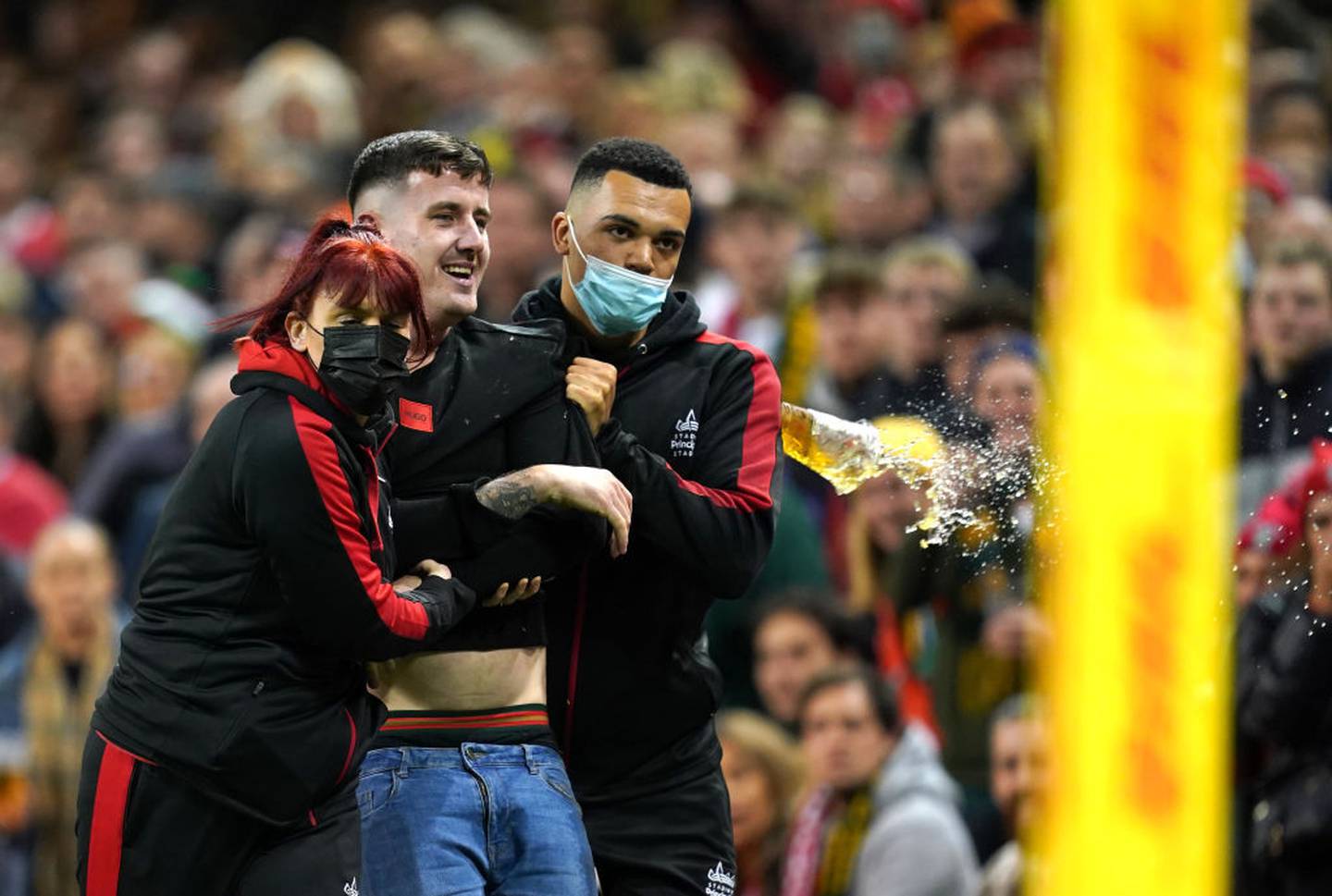 Replacement hooker Malcolm Marx went over from the lineout maul in the 73rd minute to put the world champion ahead for the first time at Principality Stadium. Elton Jantjies added a late penalty from in front of the posts after the final hooter when Wales was forced to chase the game.

The victory gave South Africa its first win in Cardiff since 2013 and ended a hex that had irritated the Boks and provided them with their pre-match inspiration.

Wales won the last four against the Springboks at Principality Stadium and looked set to continue that run as first-five Dan Biggar provided a faultless performance with the boot to kick six penalties and keep Wales ahead for most of the game.

The Welsh were dominated in the scrum and gave away a penalty nearly every time South Africa had the put in. But the home team negotiated that problem and also blunted the Boks' famed rolling maul for the first 70 minutes, although not when it counted.

The Springboks had a try by wing Makazole Mapimpi disallowed with 10 minutes to go but kept faith in their maul a few minutes later by turning down a kickable penalty and going for the corner when 18-15 down.

Marx and the rest of the forwards made sure the decision was the right one.