Fresh calls to ban the All Blacks' haka have emerged after a special clause to protect the war dance's cultural tradition was included in last week's New Zealand-United Kingdom free-trade agreement.

Prime Minister Jacinda Ardern and her British counterpart Boris Johnson agreed terms on a deal designed to boost trade and relations between their two countries during a Zoom call on Thursday.

The free-trade agreement, which officials believe will be worth $1 billion to New Zealand's GDP, will eventually eliminate all tariffs on New Zealand exports to Britain.

But in what some in the UK are calling an unusual move, the deal also commits Britain to "co-operate with New Zealand to identify appropriate ways to advance recognition and protection of the haka, Ka Mate".

Māori Party co-leader Rawiri Waititi welcomed the clause, which is understood to be designed to stomp out inappropriate use of the haka.

"We must be looking at cultural appropriation - not misappropriation, treating it with a lot more respect," Waititi said. 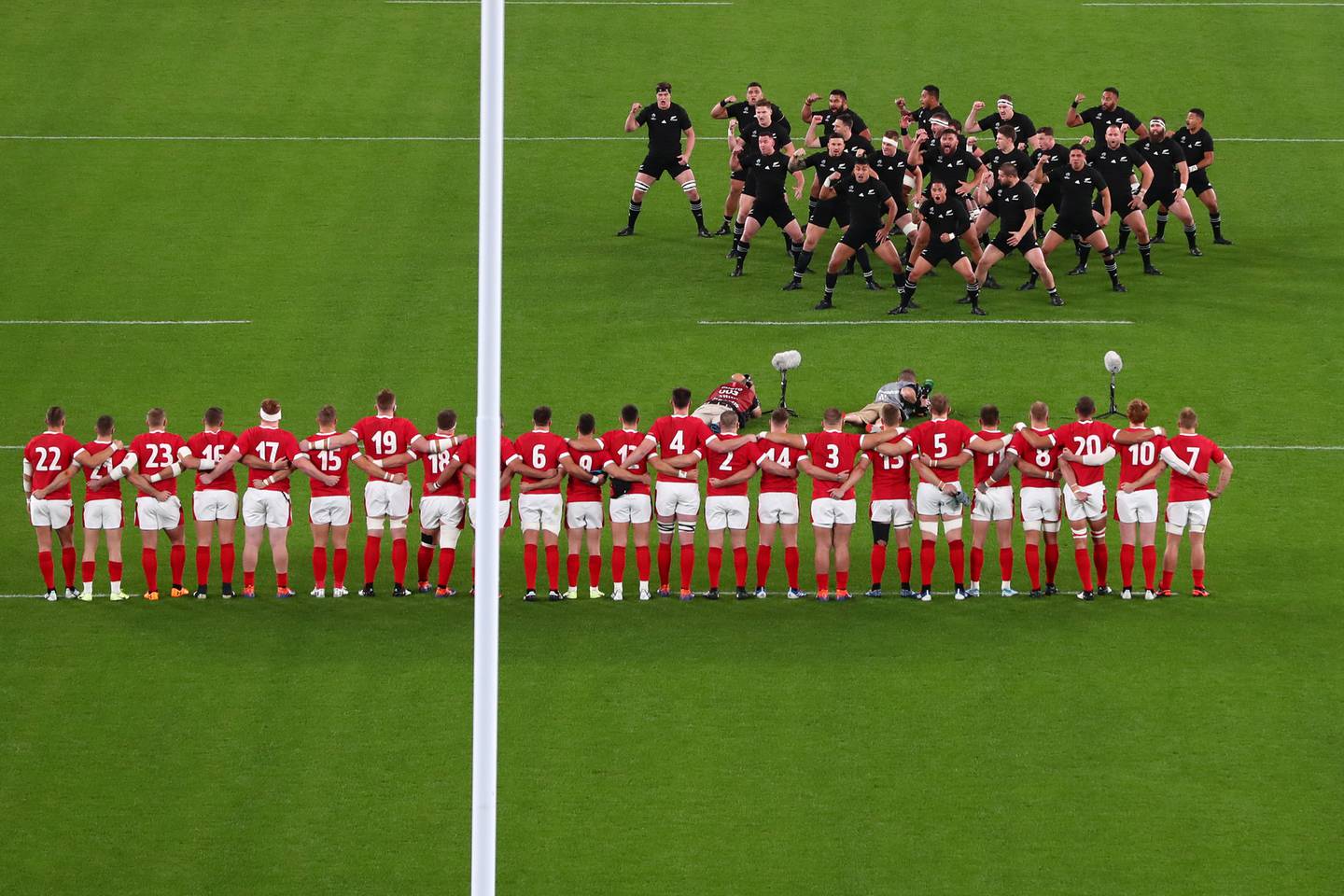 Teams have tried various ways of facing up to the All Blacks' haka over the years. Photo / NZME

Ka Mate was made famous by its association with the All Blacks, which dates back to 1905.

But ahead of Sunday morning's All Blacks clash with the USA at FedEx Field in Washington DC, not everyone is impressed by the haka's new protections.

The conservative English broadsheet newspaper, the Daily Telegraph has responded with a column calling for it to be axed.

"The haka's link to rugby is nebulous (at best) and is almost certainly borne out of imperialism and colonialism. The best way for rugby as a sport to buy into the sentiment expressed in the trade deal, to bestow as much respect as possible on the haka, would be to abolish it," says the article in the Telegraph, which has repeatedly published stories slamming the traditional pre-match ritual.

Cultural adviser Karaitiana Taiuru told the left-leaning Guardian newspaper Ka Mate is one of the most appropriated, "commercially ripped off icons" of New Zealand and Te Ao Māori, adding that in London "we see drunk Kiwis down the street doing the haka, just disrespecting Ngāti Toa, Te Rauparaha, the whole haka".

But treating the haka as a "bargaining chip at the poker table of trade" raises questions for opposition rugby teams, the Telegraph argued.

"Why should teams respect it any more than they respect other commercially valuable aspects of the New Zealand rugby team: the adidas kit sponsors, for example?" it said.

NZ Rugby did not respond to Herald on Sunday inquiries.

It's not the first time the haka has come under the spotlight.

All Blacks basher Stephen Jones, a Welsh columnist who writes for another English daily, The Times, periodically slates it, feeling it's had its day.

In 2010, he called it a "self-important bore" and "instrument of the worst kind of sporting arrogance".

And in 2019, he took another shot, saying the haka has "long been partly bonkers".

"It is now interminable; it takes up ages with the other team freezing. It is now a means of rank bullying on and off the field, and has become a posing strut rather than a tribute to the Māori heritage in New Zealand." 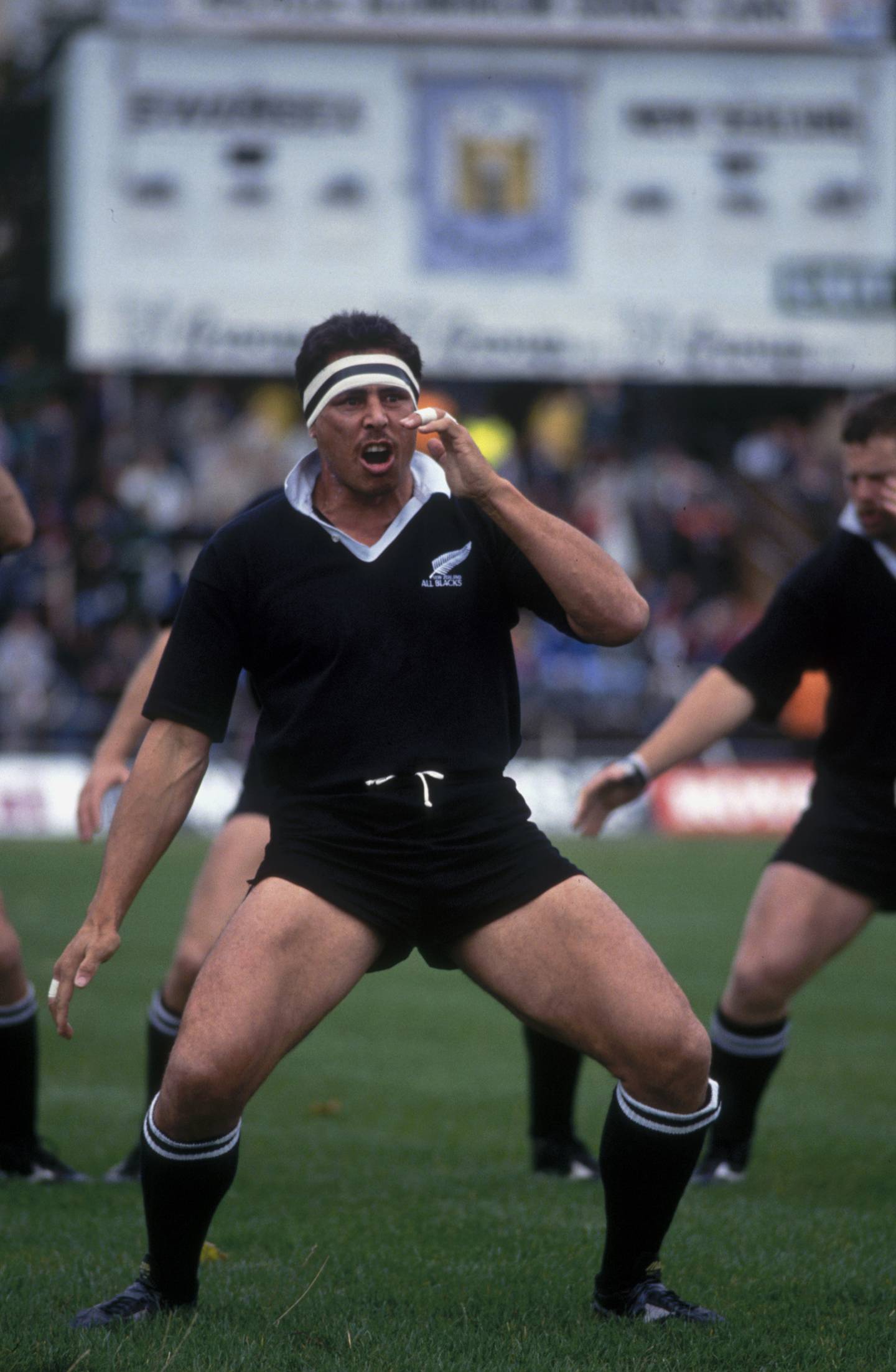 On the eve of a 2008 match against England, Guardian reporter Frank Keating said New Zealand's "charmless eye-rolling, tongue squirming dance" has long passed its sell-by date and should be scrapped. All Blacks won the match 32-6.

All Blacks great Wayne "Buck" Shelford is often credited with rejuvenating the haka.

He has previously said some people read too much into the haka and misunderstand it as a consequence.

"It is actually part of the pre-match entertainment now and people look forward to seeing it and culturally it is our culture and we're showing it off as well as our All Blacks."