The Wellington all-rounder played a significant part in history as Ajaz Patel became the third man in test cricket to take 10 wickets in one innings, completing the last two dismissals with a safe pair of hands.

The final catch, in particular, will live long in Ravindra's memory - a sliced slog to mid-on from the bat of Mohammed Siraj, the ball hung high in the Mumbai sky while the Black Caps prepared to swarm Patel in celebration.

Most of the Black Caps, anyway. Ravindra was busy trying not to ruin a perfectly good pair of pants.

"When the ball was up in the air I could see my teammates all celebrating and I was like, 'Oh my god, pressure is on here'," the 22-year-old said. "It was probably the most nervous I've ever been under a high ball.

"It was spinning so much, I was crapping my pants, but I was lucky enough to hold on." 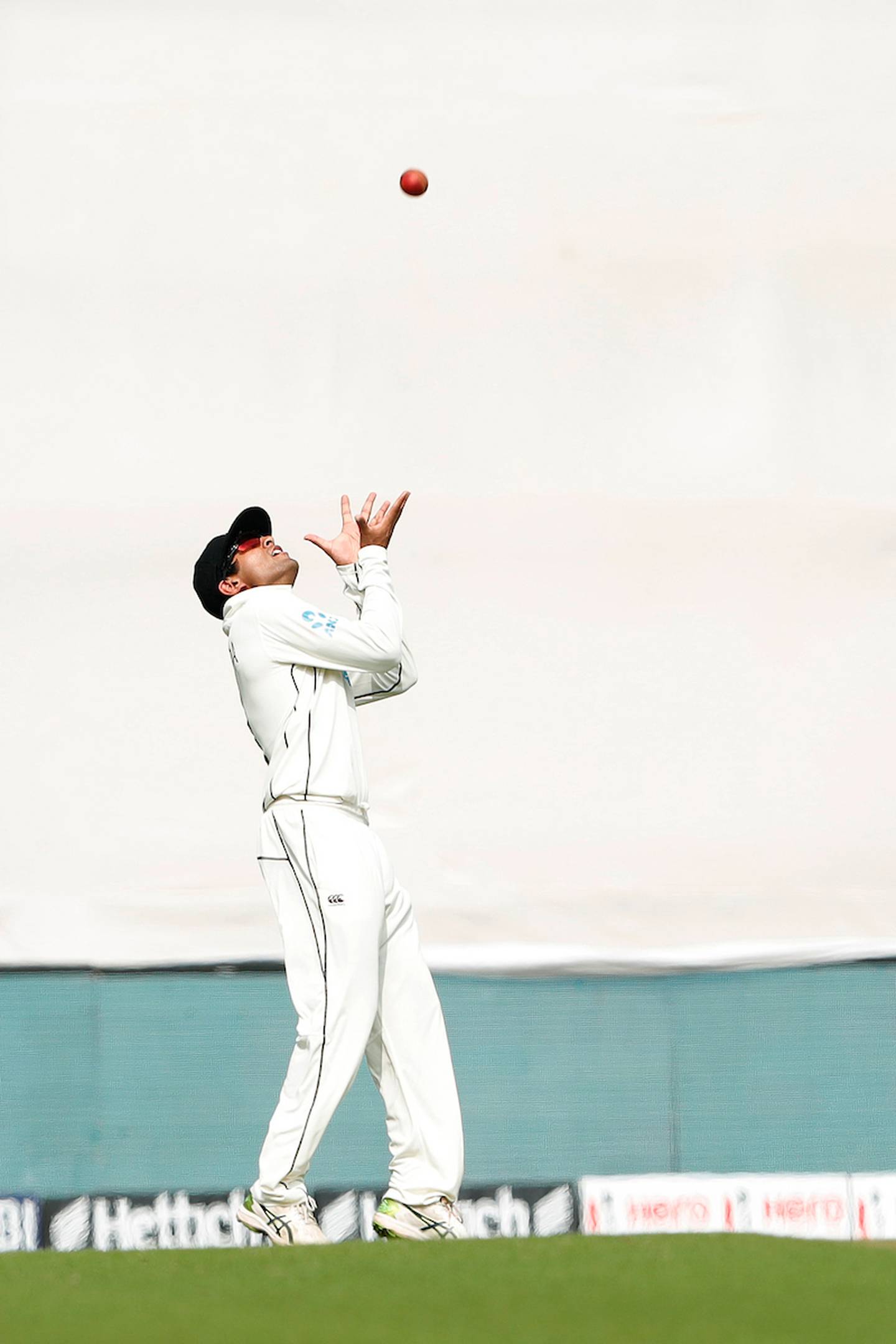 That was the second moment in two tests that Ravindra had his nerve seriously tested, a pair of examinations that both featured Patel.

The two Kiwis of Indian heritage also combined to earn a fighting draw in the first test in Kanpur, frustrating the hosts by blocking out 52 balls in a 29-minute last-wicket stand.

Patel said after the test that Ravindra, an opener by trade, played the role of senior man in that partnership. In the second test, though, the rookie watched and learned.

"It was amazing to be able to share ends with the great man, amazing to learn from him, and to see what he did in the first innings was something incredible," Ravindra said.

"I couldn't be happier for Jazzy. He's an incredible bloke and an incredible spinner. He embodies that Kiwi fighting spirit very well. To take 10 wickets in an innings is ludicrous."

Ravindra was limited at the bowling crease in the first innings through sickness, but after a "tough couple of days" he got into the action in the second, finishing with 3-56 as the only other New Zealand bowler to take a wicket in the heavy defeat.

"The lads congratulated me for taking my first wicket and it was pretty special - the guys coming up to me and making me feel part of it," Ravindra said.