That is how Ruia Morrison, the 85-year-old tennis icon, has described her initial reaction to being made a Dame in the Queen's Birthday honours.

It has been a long time between gongs for Dame Ruia. She received an MBE 61 years ago, shortly after becoming the first person of Māori heritage to play at Wimbledon.

Sitting on the porch of her Rotorua council house, she described the shock of finding out she had been made a Dame.

"I didn't believe it - I went into shakes. I kept shaking," she says.

"When I settled down about an hour later, I read what it said on the piece of paper but couldn't see it properly, I was so emotional about things.

"What the devil have I done to deserve this? Goodness gracious me. And I still can't believe it really.

"All I wanted to do was play on the tennis court - whether I won or lost didn't matter, wherever it was."

Interviewing Dame Ruia was a bit of a challenge. Put it this way: she appeared in better shape than her hearing aids.

But the stories flowed as her twinkling personality shone through, even if questions and answers weren't always a perfect match. 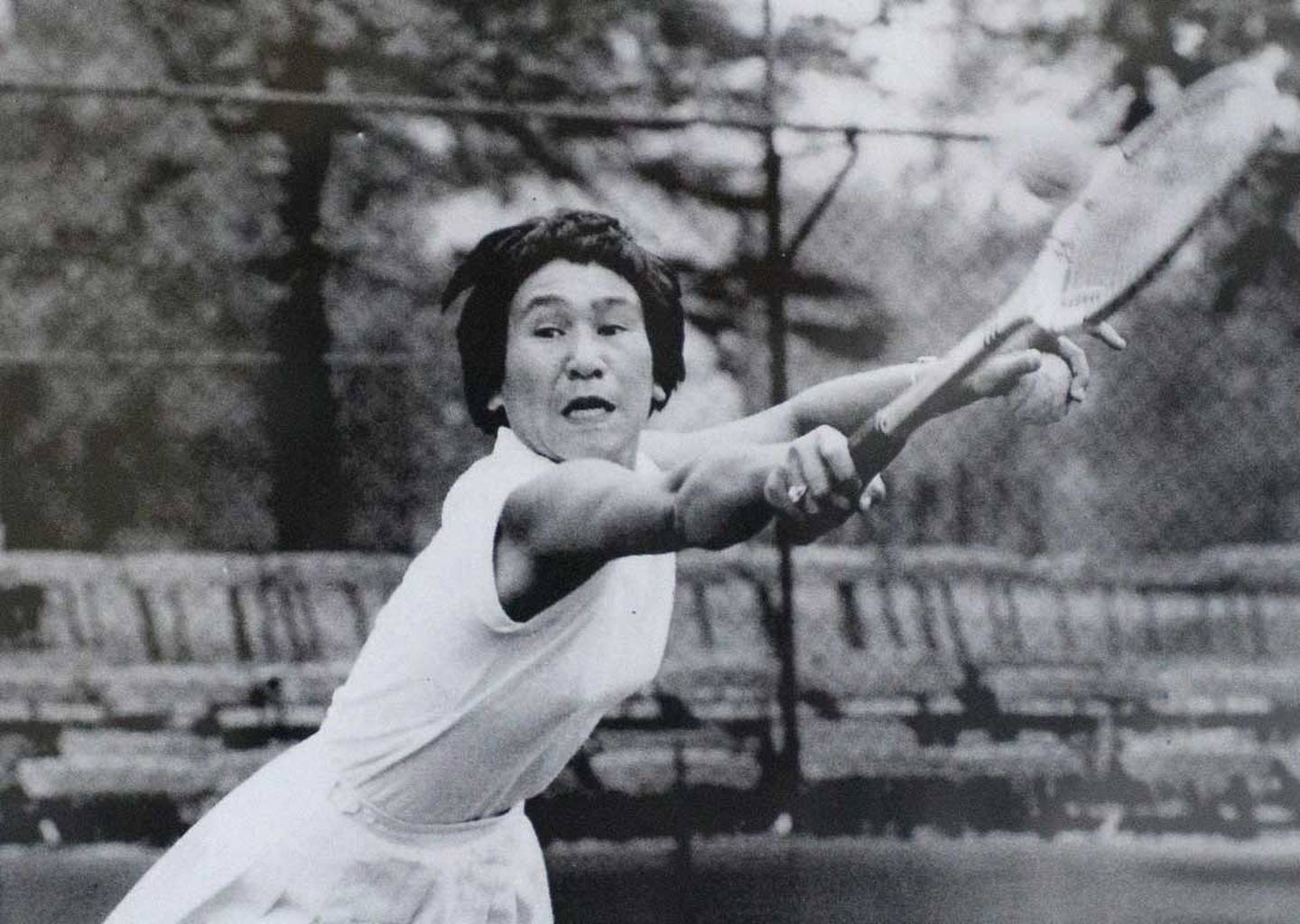 As her brother Monty once asked her: "How did a girl from the back blocks of nowhere end up in a place like that?"

Morrison, of Te Arawa and Ngāti Tūwharetoa heritage, was one of nine children, her family living in Te Koutu and Tikitere near Rotorua, and also coastal Maketu.

Tennis was quite a strong sport within the Māori community in her childhood. But the players did not generally venture into the wider Anglo-Saxon tennis world exemplified by Wimbledon.

Fate intervened, propelling young Ruia Morrison on to the international stage of a then amateur sport.

Her key backers included an inspirational visionary Hoane (John) Waititi, and her father Hingawaka was also a massive influence. And when she headed to Wimbledon, a fundraising effort contributed what, in current terms, was tens of thousands of dollars to support her.

She continued to play here and abroad until 1960 at which point the overseas touring became too tiring.

That 1957 Wimbledon tournament was momentous, with American Althea Gibson becoming the first black player to win a title there. Gibson had become the first black Grand Slam tennis winner a year earlier, in Paris.

When asked, Morrison says she faced no particular difficulties of being Māori in a white sports world and in a New Zealand society where the Māori renaissance, the fight back against colonisation, had yet to gather pace.

Instead, she portrays her tennis life as one of endless friendships, constant support and opportunity. Those supporters included a certain Colonel John Legg, the Wimbledon referee.

"He decided I would be his little pet and there was nothing I could do wrong - he opened doors," she says.

Even though the Wimbledon record book says she coped very well, Morrison said playing overseas was a massive test.

"International tennis was quite different - it was about three levels higher than what I played here. Here…I got away with murder," she says.

Perhaps the biggest mystery - or make that snub - of her unique career was the apparent failure by New Zealand Tennis to invite her to a Wellington centenary dinner during the 1980s. As to why - in typical fashion she tells a story, leaving any savage backhands to be delivered by others.

The guest of honour was her friend Fred Perry, the great British player.

"Fred rang from Wellington and said 'I'm coming up to see you'," she recalls.

"He said he'd asked everybody at the dinner where I was. Even other players from around Rotorua went down for it.

"So he came up here and we went to dinner. As we sat down he said 'I've got my big coat on for a very good reason' Then he pulled all these things out of his pockets from the dinner - lollies, the menu…we cracked up."

One match stands out in her career - a win over legendary Australian Margaret Court (nee Smith), who still holds the Grand Slam singles record.

The 18-year-old had just won the first of her many Australian Open titles, but Morrison beat her in the 1960 New Zealand final at the Stanley St courts in Auckland.

"I just played my game - every game is the same to me," says Morrison, who tries to play this victory down.

"The courts were very fast, even though they were grass. They had imported special clay from the north for the foundations, and it suited my game beautifully.

"It was a bit of a fluke…she had gone through quite a bit of trauma [apparently with officialdom] before leaving Australia and I got her on the rebound sort of thing.

Morrison - who had a career as a teacher - still loves watching tennis with the Swiss master Roger Federer her clear favourite.

"Poetry in motion, a ballerina," she says of Federer.

She had a pacemaker inserted a few years ago. Those keeping an eye on her wellbeing include son Robert (her eldest son Ashley passed away six years ago) and brother Monty, both present when NZME visited her.

Seven years ago, she re-visited Wimbledon on a special invitation, with 18 friends and family from around New Zealand also making the trip. This support appears typical for a woman never short of a glowing word for others.

In recent years she has met Serena Williams in Auckland, presenting her with a cloak made by Ngati Whatua Orakei weavers.

"I'm a bit terrified to go back to the marae - they'll give me heaps," she says of her new title.

"I live for the moment…try to mind my own business, but the door keeps opening and shutting and the phone keeps going."

Her memories of life in a very different tennis age are relentlessly warm.

"I had a God-given gift but I wasn't alone - it was the mentors who opened the doors to make it happen," she says.