Two North Otago physiotherapists have been praised for their "phenomenal" care after a club rugby player fractured his neck on Saturday.

Old Boys fullback Logan Wilson, 19, is in Christchurch Hospital recovering after fracturing his C4 and T4 vertebrae in a collision during his team's 19-17 Citizens Shield win against Athletic Marist at Whitestone Contracting Stadium in Oamaru.

Old Boys and Athletic Marist physiotherapists Philippa Masoe and Kerry Whitburn ran on to the field immediately to look after Wilson. He was taken by ambulance to Oamaru Hospital before being flown to Christchurch.

Wilson's father, Mark, heaped praise on Masoe and Whitburn for their efforts looking after his son.

"I don't think that everybody quite understands the impact that their help made in regards to what could have been and what actually is," he said.

"Kerry took full control straight away, and she was absolutely phenomenal, and Philippa was equally so."

Athletic Marist team member Jared Whitburn also played a supporting role and Wilson was a "very lucky boy" to have them by his side, he said. 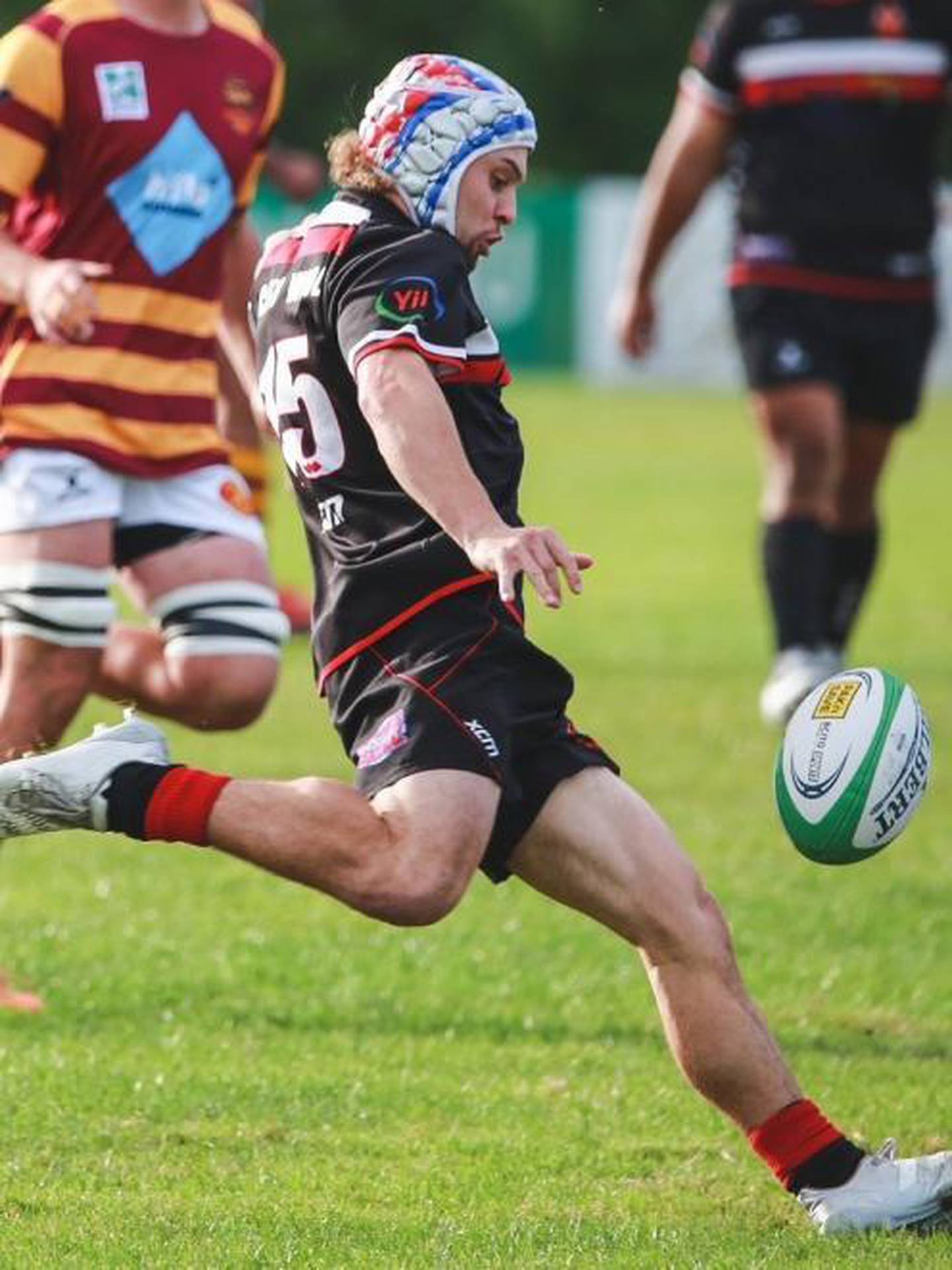 Logan Wilson in action during the match. Photo / Rebecca Ryan

"[I] couldn't ask for better people to be available and to be there looking after Logan."

Wilson was still in hospital yesterday, but his father said he was expected to make a full recovery.

"It's all good positive news."

The dedication of both teams to look after Wilson showed the heart of North Otago rugby.

"Everybody's incredibly supportive of everybody else. The white-line fever, absolutely, but when it all comes down to it, we're all here for the same reason and respect each other hugely."

Things like that happen and you all come together. It doesn't matter what team you are," he said.

"I really appreciate and [am] proud of the way Kerry and Philippa helped the situation."

Lemi Masoe said the club was thinking of Logan's family, and wished him a speedy recovery.

Athletic Marist winger Kasanova Soane's son also broke his leg while playing at the game, and Philippa Masoe looked after him.