Following a nailbiting 80 minutes of rugby league at Suncorp Stadium, the Panthers were crowned 2021 NRL premiers after securing a 14-12 victory over the South Sydney Rabbitohs.

Amid the celebrations, To'o found his partner Moesha Fuifui in the crowd of 39,000 and proposed with some blood still seeping from a gash in his eyebrow.

The 23-year-old's girlfriend broke down in tears, with the Channel 9 cameras capturing the beautiful moment they embraced.

To'o was inevitably mobbed by his teammates after she said yes. 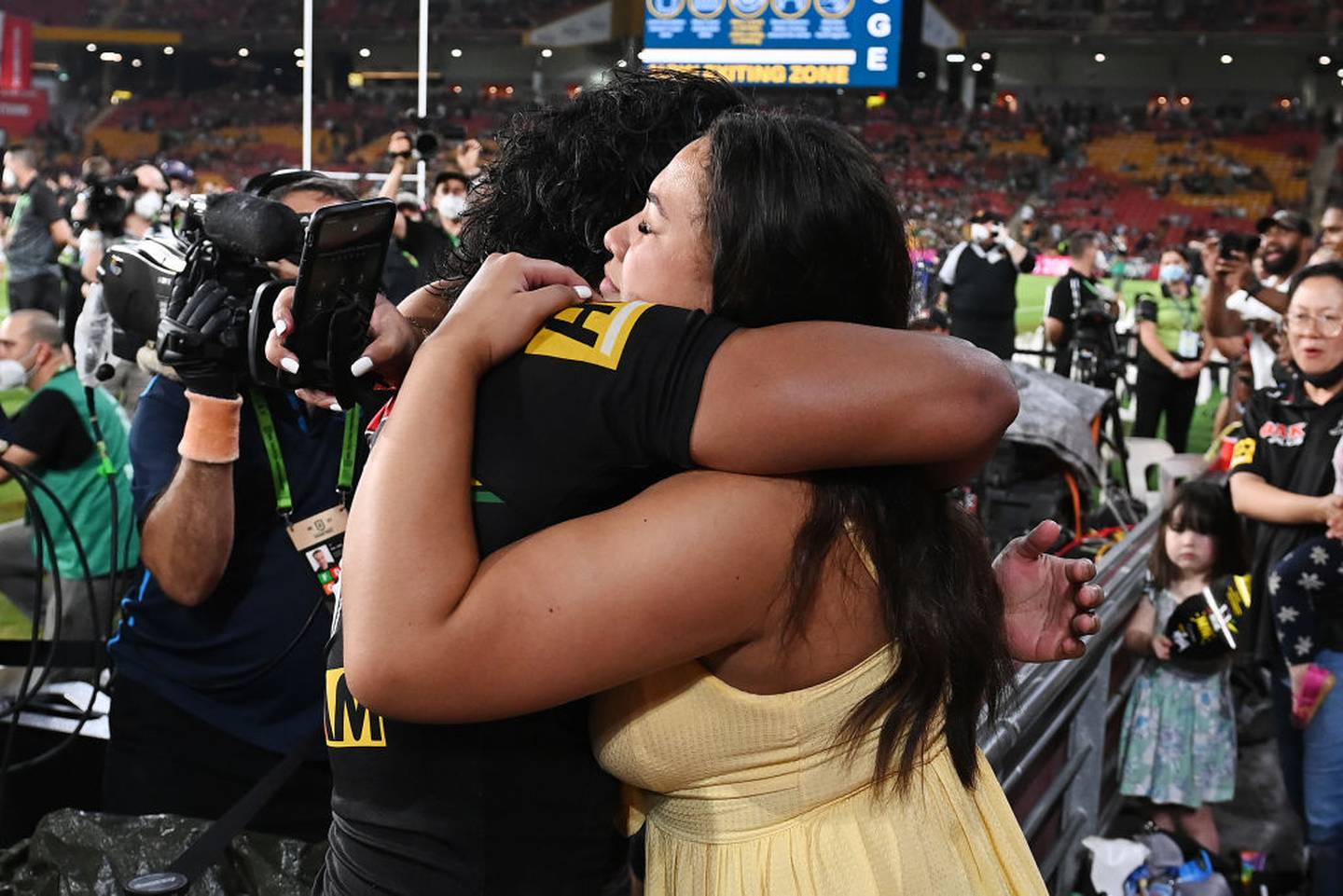 Brian To'o of the Panthers proposes to his partner Moesha Fuifui after winning the 2021 NRL Grand Final. Photo / Getty

"He'll get a premiership ring tonight, but it looks like he's brought his own bling as well," Channel 9 presenter James Bracey said.

Fuifui told Channel 9: "I thought he was just coming to give me a hug, like he usually does. I wasn't expecting that."

To'o continued: "I just want to thank my beautiful partner for saying yes."