Prime Minister Jacinda Ardern feared the Blackcaps would be attacked once they arrived at the Pindi Stadium in Rawalpindi for the first one-day international against Pakistan.

A Pakistan government official says the claim was made by Ardern in a conversation with Pakistan PM and cricket great Imran Khan.

Neither Ardern's office, nor New Zealand Cricket have released any detail about the nature of the threat that saw the tour abandoned last night - minutes before the first ball was to be bowled.

The Blackcaps haven't played in Pakistan since 2003 and abandoned their tour the year before following an explosion outside the team hotel in Karachi.

International cricket only returned to Pakistan in 2019 - more than a decade after the visiting Sri Lankan team bus was attacked in Lahore.

Reaction to New Zealand's decision to cancel the tour has been swift, with fans and current and former players heavily criticising the move.

Speaking at a press conference in Islamabad overnight, Pakistan's Interior Minister Sheikh Rashid Ahmed claimed Ardern told Khan the Blackcaps could be attacked outside the stadium.

He echoed earlier comments from the Pakistan Cricket Board (PCB) that there was no security threat against the Kiwis.

"But the Prime Minister of New Zealand said that the issue is not the threat but we have such information that when the team goes out it can come under some attack, so they have unilaterally cancelled their tour." 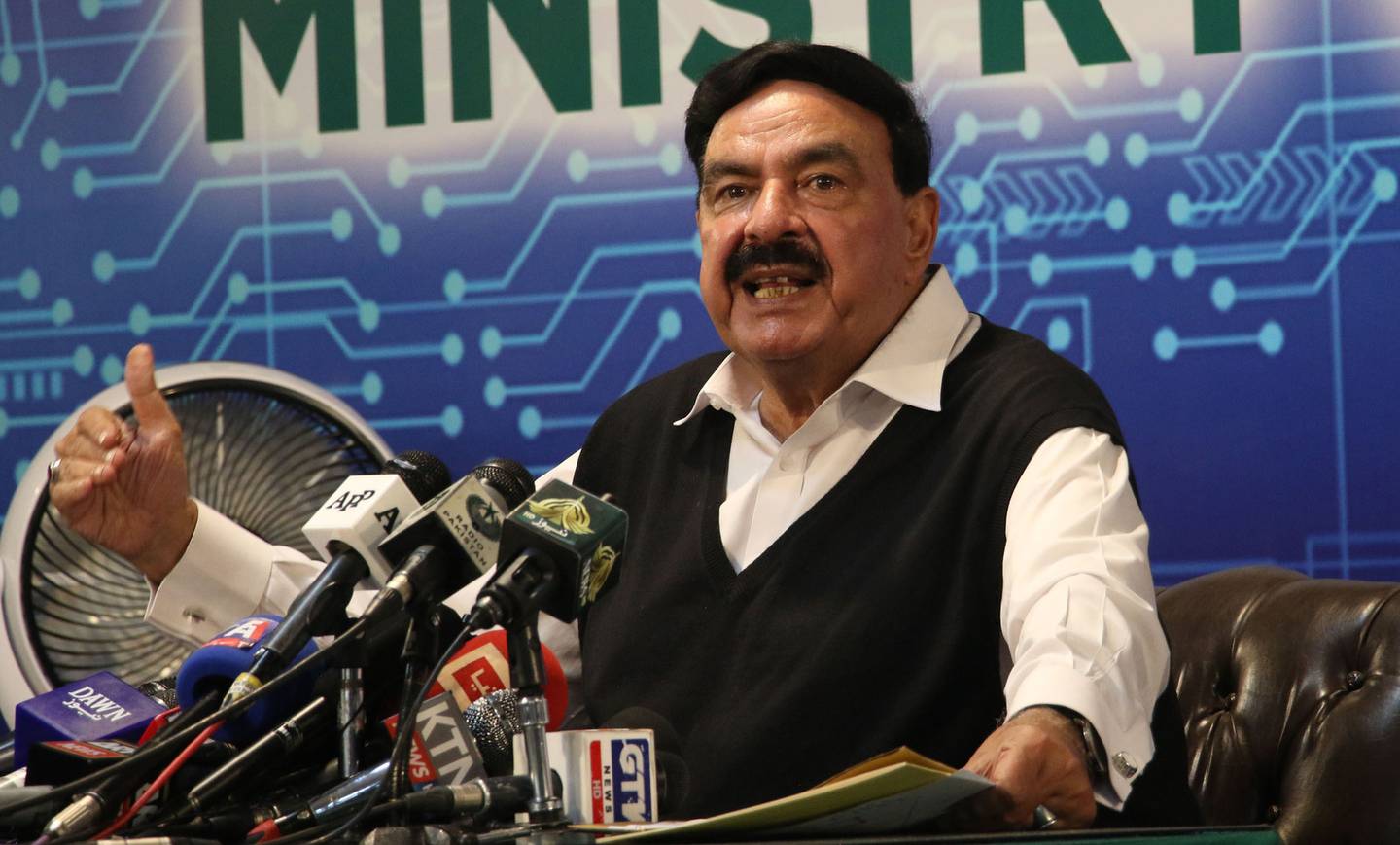 Ahmed said the PCB had earlier offered to host the matches - three ODIs in Rawalpindi followed by five Twenty20s in Lahore - without spectators but New Zealand rejected the offer. The stadiums were subsequently allowed to be at 25 per cent capacity, due to Covid-19 restrictions.

According to Ahmed, Blackcaps security advised local authorities of the security threat on Friday. When asked about the nature of the threat, Ahmed claims The New Zealanders "did not have any".

He also claimed the cancellation was a "conspiracy" but declined to elaborate. Armed security personnel at Pindi Stadium ahead of the abandoned first ODI between the Blackcaps and Pakistan. Photo / Getty Images

"He [Khan] called [Ardern] and assured her of complete security to the Kiwis. The New Zealand prime minister said there was no issue of a threat.

"She said the [New Zealand] government received intelligence that the team could be attacked when it steps out to go to the stadium.

"It is their decision. We had deployed heavy security for the team. Pakistan is a peace promoter in the world. And this tour was cancelled through a conspiracy. It is their problem and what they decide."