Tributes have poured in for All Blacks legend Andy Haden, who passed away after a long battle with cancer.

There will be a funeral service for Haden at Eden Park on Monday.

The former lock, who played 117 matches and 41 tests for the All Blacks between 1972 and 1985, is considered one of the greatest All Blacks of all time.

Haden was ranked as New Zealand's 14th greatest All Black by the Herald in a 2014 article by rugby writer Wynne Gray. He also captained the All Blacks on eight occasions.

'One of the great men of New Zealand rugby'

Former All Blacks and Auckland coach John Hart praised Haden's character both on and off the pitch.

"I think he's a colossus, a legend of the game - both as a player and what he did in leading change," said Hart, who coached Haden during his career.

"He was a fantastic advocate for players' rights. He challenged the establishment and he was a professional years ahead of his time.

"I think sometimes possibly his fantastic playing record, including 157 games for Auckland as well as 117 games for the All Blacks, I think in my view got overshadowed by the odd controversy because he did challenge the establishment and he was different. That was part of the mark of the man - he's one of the great men of New Zealand rugby." 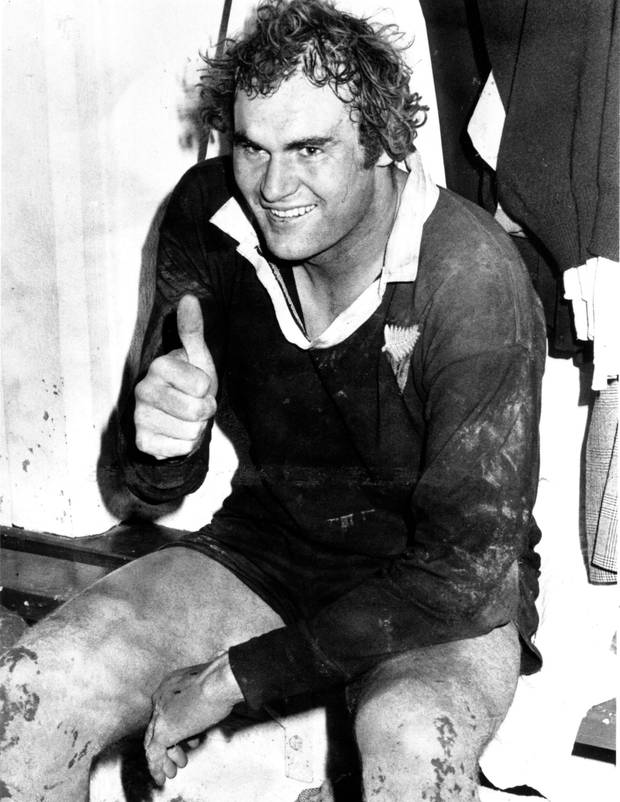 Hart said Haden was a player with "special qualities" that transcended rugby.

"He was a mentor to players. He was a fantastic forward. He was probably the most physically and mentally tough player I saw in my time. He had very special qualities and those qualities transcended rugby and transcended his business and family life. He was a very, very special man."

In a tribute on Newstalk ZB's Afternoons with Si and Phil, renowned sports journalist Phil Gifford said a stint in France in the 1970s was pivotal to Haden's legacy.

"His career looked really set to boom [when he] went to the United Kingdom in '72-73 on tour with the All Blacks but then became out of favour in New Zealand. When things changed for Andy Haden as a rugby player was when he went to France for a couple of years and when he came back to New Zealand in 1976," Gifford said.

"He was a different man. Physically he was different. He was harder, he was stronger, he was tougher. And he was also more tough-minded. That shrewdness was best illustrated in 1978 when he famously organised for himself and Frank Oliver to fall out of that lineout in that test in Wales and won the game.

"In later years I would often hear Andy say, 'I would do it again in a heartbeat. If you want to win a test, you've got to win it any way you can'." 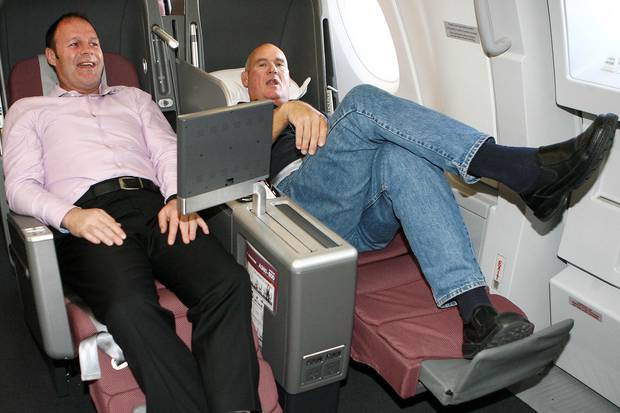 Former All Blacks Alan Whetton and Andy Haden stretch out in Business class on the Qantas Airbus A380, the worlds largest commercial aircraft, on its first visit to New Zealand in 2008. (Photo / NZPA)

Haden was the first "commercially-minded" All Black - something that irked the administrators of the time no end, according to Gifford.

"I remember in the late 1970s, early 1980s he would list his occupation - and in those amateur days they all had proper jobs - as 'rugby player' which really offended them.

"After rugby it would be fair to say Andy didn't see a controversy he didn't like - from organising the Cavaliers rebel tour to South Africa in 1985 to saying on Murray Deaker's TV show the Crusaders had a limit on non-white players.

"But, if there were mixed feelings off the rugby field, nobody could deny he was a fantastic rugby player."

'One of the true greats of our game'

NZ Rugby president Bill Osborne, who was an All Blacks teammate of Haden, paid tribute to the towering former lock.

"Andy's stature and influence as a player was huge," Osborne said.

"Not only was he an immense physical presence, there was also immense respect from his teammates.

"Most people will remember the way he dominated the lineout as a tower of strength, but I also remember the way he looked after the young players coming into the All Blacks, and how he advocated for players' rights both during and after his playing career.

"Our thoughts are with his wife Trecha and his family."

NZR chief executive Mark Robinson added: "Andy was one of the most recognisable figures in New Zealand Rugby both on and off the field. His contribution as a player for Ponsonby, Auckland and the All Blacks was massive over a long period of time and he will be remembered by those who saw him play as one of the true greats of our game."

'Pioneer of the professional game'

Am sad to hear that Andy Haden, the great All Black, has passed away.
He was a wonderful player, a pioneer of the professional game, and a fine man.
Vale Andy Haden. All Black. 26 October 1950 - 29 July 2020.

"Am sad to hear that Andy Haden, the great All Black, has passed away," FitzSimmons said. "He was a wonderful player, a pioneer of the professional game, and a fine man."

Earlier this week former Wallabies lock Peter FitzSimons paid tribute to Haden, describing him as "a tower of strength''.

FitzSimons wrote in a regular newspaper column: "You were a tower of strength on the field and off it, and fought the good fight better than most.

"If any is equipped to 'Do not go gentle into that good night, and rage, rage, against the dying of the light, it is you."

FitzSimons recalled a clash with Haden in a 1984 match at Eden Park. The Australian believed he had "arrived to restore order, to put pesky All Blacks back in their box and send them home to their mothers''.

"And, sure enough, the first line-out was called to me, about 20 metres from our line,'' FitzSimons wrote.

"Our hooker Lance Walker threw the ball in perfectly and, powered by the adrenalin of the moment, I soared much higher than my usual four centimetres and took the ball perfectly. I landed solidly, with a firm grip on the ball and held it out to [halfback] Nick Farr-Jones, without yet passing it.... Of course I paused, giving the TV cameras the crucial seconds necessary to compound his humiliation, and let everyone know that I had got it.

"At last, reluctantly, I was just about to give it to Nick when suddenly this big Andy Haden hand appeared between my legs and gave the ball a firm upward tap, meaning I had to watch as it neatly popped up over my shoulders, over the entire lineout and neatly into the hands of the Auckland halfback, David Kirk, on his way to launch a try, to being All Blacks captain and much later CEO of Fairfax.

"And that, friends, was my high-water mark against Andy Haden. It never got any better."

Friends and fans of Haden also posted tributes to the All Black great.