The Olympics is facing a two-year postponement because of the coronavirus threat, says a member of the Tokyo 2020 Organising Committee.

Officials from the International Olympic Committee (IOC) and Tokyo 2020 have so far insisted that the Games will go ahead as planned in July and August, with some suggestions that the event could continue without fans.

However, Haruyuki Takahashi – who is one of 25 members of the Organising Committee's executive board – says alternative plans must be taken "seriously" and that postponing the Games is more likely than cancellation because of the financial ramifications for the IOC.

"We'll have to start talking about this seriously from April. I don't think the Games could be cancelled, it'd be a delay," Takahashi told the Wall Street Journal.

"The International Olympic Committee would be in trouble if there's a cancellation. American TV rights alone provide them with a huge amount."

Takahashi said a two-year delay would be the most feasible option, with next year's sports schedules largely decided.

A postponement to 2022 would mean major clashes with sports leagues like the NFL and the Birmingham Commonwealth Games in July and August 2022.

Takahashi also said having the Games without spectators would not be realistic because of the loss of revenue from tickets and other sales.

Last week, Japanese Olympics Minister Seiko Hashimoto said delaying the event due to the coronavirus threat is being considered, but only until the end of the year.

In a statement after a meeting in Parliament, Hashimoto said: "The contract provides for the Games to be held until 2020. We can interpret that there is permission for a postponement."

The government of Japan and host city Tokyo are still committed to hosting the Games on the scheduled date, between July 24th and August 9th.

According to the contract, the right to cancel the Games belongs only to the IOC.

It is unclear if postponing the Games beyond 2020 is being considered by the IOC, or if it will stay in Tokyo if it does.

For many athletes and teams who have yet to qualify for the Tokyo Olympics, the global virus outbreak is spoiling plans and ruining hopes.

Qualifying events are being cancelled or postponed almost daily, and time is running out for athletes to prove they meet the standard.

Rowing was the latest sport to find itself in flux yesterday when it cancelled two World Cups, the European Olympic and Paralympic qualifying regatta, and the final Paralympic qualifier. All were to be held in Italy from April 10 to May 10. World Rowing said it wants to relocate the qualifiers and was talking with other countries. It hoped to offer good news next week. 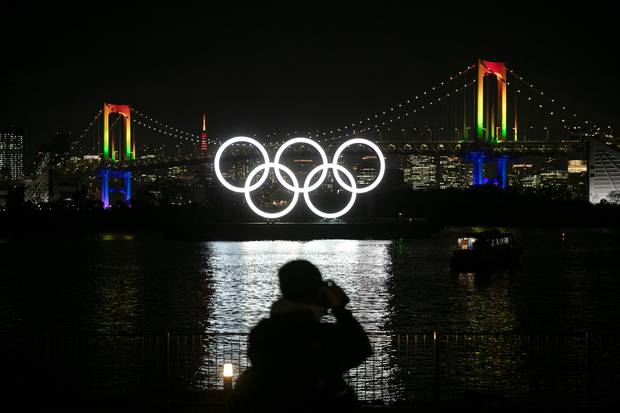 The Olympics could be held in 2022 if coronavirus stops it going ahead in the summer. Photo / AP

On Monday, the International Judo Federation cancelled all Olympic qualifiers through to April 30, including a Grand Slam and two Grand Prix. Another Grand Prix last weekend, in Morocco, was cancelled earlier. Judo qualifying ends on May 25.

"It is of paramount importance to keep the judo family safe in these difficult times, and also to ensure fair chances for all athletes engaged in the Olympic qualification," the IJF said.

Other sports as diverse as weightlifting, swimming and badminton have also been postponed indefinitely or cancelled outright.

The African weightlifting championships in Mauritius next month were postponed on Tuesday. The Asian champs set a week later in Uzbekistan were cancelled last week.

Because of the virus, the international governing body is allowing lifters yet to qualify, to register for major qualifying competitions out of their region, such as the European, Pan American or even the Oceania champs.

The Badminton World Federation, however, has refused to extend the qualifying period, and noted players from its leading nation, China, have been healthy and passed tests for Covid-19.

Badminton has lost three tournaments alone this month in Europe — in Germany, Portugal, and Poland — with the end of qualifying rapidly approaching on April 26.

One of its biggest events outside of the world championships, the All England Open, is going ahead on Wednesday in Birmingham.

Chinese teams have pulled out of numerous events worldwide, and others like Russia's gymnastic teams have cut back their schedules.

For most people, the new coronavirus causes only mild or moderate symptoms, such as fever and cough. For some, especially older adults and people with existing health problems, it can cause more severe illness, including pneumonia, and death.

The vast majority of people recover from the new virus. According to the World Health Organisation, people with mild illness recover in about two weeks, while those with more severe illness may take three to six weeks to recover. In mainland China, where the virus first exploded, more than 80,000 people have been diagnosed and more than 58,000 have so far recovered.