There are too many things missing for Nienke Podmore when she thinks about the timeline of her daughter Olivia's life.

"It's just awful, I miss her every day and everything about her," Podmore says, sitting in her Christchurch home with partner Chris Middleton.

The pair are still waiting for a phone call from one of Olivia's Cycling NZ coaches following the death of the 24-year-old Olympian on August 9. 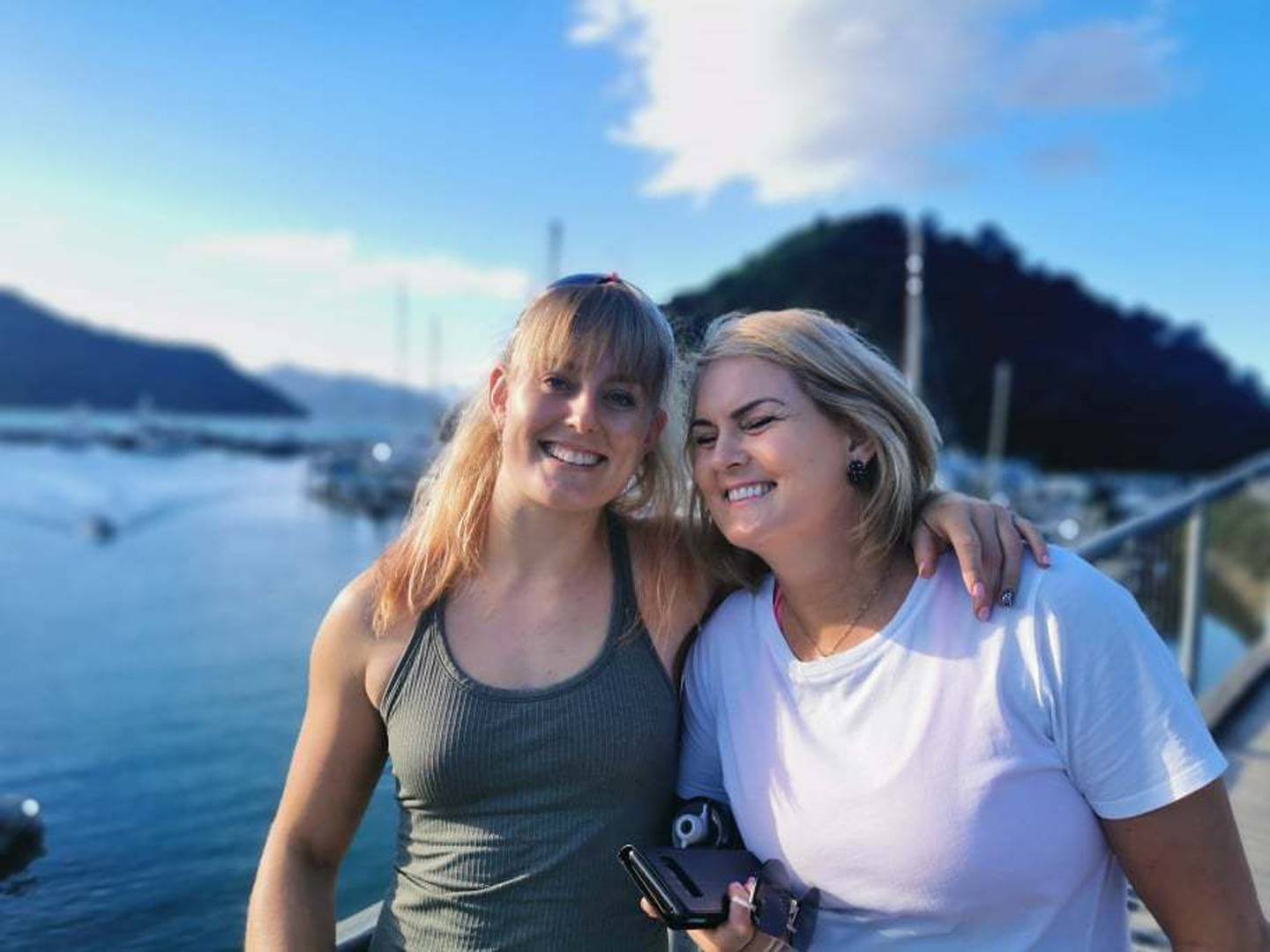 It's a lack of communication which Podmore says has characterised her daughter's entire journey since relocating to live in Cambridge to train at High Performance Sport NZ's centre at age 17.

But the trials which Olivia Podmore endured over that time - including being allegedly pressured to lie as part of a 2018 inquiry into impropriety at Cycling NZ, and missing out on selection in the Tokyo Olympics - were also masked by her own resilience.

This was evident even on Podmore's last meeting with her daughter at Christchurch Airport the morning of the day she died.

"I saw her that Monday at the airport for half an hour," Podmore says.

"There was not one single thing that I could have picked up on that I thought something was up [that was] serious."

Podmore and Middleton said they had never seen evidence of bouts of depression in Olivia.

"She was the world's best cover-upper if she was," Middleton says.

"You wish she wasn't as strong as she was.

"She was away with Eric Murray and Andy [housemate] and those guys the week beforehand. They're best friends; none of them picked it up. She's fooling some pretty intelligent, smart, mature people. Not just us, a lot of people. That's not to say there wasn't [depression], we're not in denial." Podmore does not deny the past few months had been a challenge for her daughter, watching the Olympic team compete from across the globe.

"I think it was [hard for Olivia]. There was one day she was a little bit sad. She was thinking about it," Podmore said.

"[But there was] no serious concern. I knew she was feeling down, but I felt that was because her car broke down; she had just finished one of the jobs she was doing; she had a lot of balls to juggle.

"Like because she's so capable, and she had this new modelling job at ​​ilabb [clothing] on the go, I just really felt she had enough good stuff happening that was going to carry her through." Podmore said she was not aware of significant support offered to her daughter since not being selected for the Tokyo Olympics squad, or while the games were on.

"As far as I knew, not any [support]. But I think Liv in her head still thought 'I've just got to suck it up'. So she started to do a few different things to fill the void of that," Podmore said.

"So she started working part-time which she was really enjoying. So I felt that was adding a bit of balance outside of cycling to focus on. She's really good at working and I was amazed at how much she enjoyed working because she'd never had to have work before.

"She was managing a team of cleaners at one point, she worked for this farming company."

Podmore says her daughter was always very calm and humble about her cycling career, and the pressure of competition had never bothered her from her junior years onwards.

"With racing she just took it in her stride. Most other kids would be flustered and petrified before the race. It just didn't faze her," Podmore says.

"Even when she came down here for little holidays, she would come biking with us and our friends, she wouldn't have her Cycling NZ gear on so people wouldn't know who she was and she'd just be chatting away to them. But then a lot of people do know who she was, but you'd never know [from her].

"She was always really humble about it. Obviously we were very proud of her, but I have just never bragged about it to anyone." But Podmore says her daughter, who competed in the 2016 Rio Olympics, still held grand ambitions in her own mind.

"From the age of 13 she wrote a list of her goals in life and that was absolutely in there to be the world champion, the best in the world at sprinting," Podmore says.

What Olivia Podmore did find difficult was the internal politics of Cycling NZ which led to the 2018 Heron inquiry into impropriety at the sporting body.

The Herald has previously reported that Olivia was allegedly pressured to lie as part of this report, and during a 2016 training camp in Bordeaux by Cycling NZ senior staff in which a relationship between coach Anthony Peden and an athlete was uncovered.

"The riding and the training were just second nature to her and it wasn't hard, it was what she loved doing, so she didn't bat an eyelid," Middleton says.

"And she was almost always going to the Olympics. Not forgone, but it wasn't far from it. The issues only started in France [in 2016] which is where the Heron report [controversy] started. That was the first point of any negativity that then changed the pattern of everything. When she was in France everything was good up to that point, 100 per cent happy - training, wanting to race, wanting to get stronger, not one complaint. Then in France it went bad." Podmore said from the period of 2016 up until the 2018 Heron report, the internal issues at Cycling NZ "was starting to eat away at her".

The Herald reported that Podmore was also awarded a $20,000-plus sporting grant for welfare by High Performance Sport NZ (HPSNZ).

Middleton says they had assumed at the time in 2016, Cycling NZ would deal with the issues that arose in Bordeaux in a professional manner.

"You kept hoping that the normal corporate-style response would deal with the situation," Middleton says.

"You didn't have any ability to affect anything. And whenever there's a problem in a workplace that ever gets escalated, HR jumps in, management jumps in and they solve it, generally speaking, and because it was so close to the Olympics, you just had all your fingers crossed and hoped they would do something and solve the issue."

However, following Olivia's death a second independent inquiry into culture at Cycling NZ and HPSNZ has now been commissioned.

Co-chairs of the inquiry will be QC Michael Heron, who also led a 2018 inquiry into inappropriate culture at Cycling NZ, and Massey Professor Sarah Leberman.

The 2018 Heron report concluded there was a lack of accountability and leadership throughout the Cycling NZ operation and a reluctance to raise issues, including "instances of bullying".

Part of this inquiry will be to assess the extent which the recommendations of the 2018 Heron report were properly implemented by Cycling NZ and HPSNZ.

Podmore says she hopes the 2021 inquiry will see changes to the leadership structure of Cycling NZ.

"[I want] a whole shake-up and revamp of the system so that it does not happen to anyone else," she says.