Olympic cyclist Olivia Podmore was allegedly pressured to lie by Cycling NZ as part of a 2018 investigation into impropriety at the sporting body.

Those close to the Rio 2016 Olympic athlete also say she was troubled by her lack of selection at the Tokyo Olympics - which some Cycling NZ teammates viewed as unfair.

Hundreds gathered to farewell Podmore yesterday at an emotional service at the Majestic Church in Christchurch. The 24-year-old died on Monday in a suspected suicide.

Sources close to and within Cycling NZ have told the Weekend Herald that they believe Podmore was forced to keep quiet about an inappropriate relationship between a Cycling NZ athlete and coach Anthony Peden in 2016.

The controversy was the subject of an independent review by Queen's Counsel Michael Heron in 2018 - which references that then Cycling NZ CEO Andrew Matheson was "made aware of the allegations that an athlete and a staff member were pressured not to tell the truth about it [the Peden relationship]".

It is understood Podmore was this athlete - and that there were claims she had been told by those within Cycling NZ to not tell the truth about the coach/athlete relationship when it was exposed during Cycling NZ's 2016 training camp in Bordeaux leading into the Rio Olympics.

A "formal investigation process" into this alleged pressure on Podmore to lie by Cycling NZ was not taken further because "no formal complaint was laid and the athlete did not want her identity revealed".

Podmore was not the athlete in the relationship.

The Heron report concluded there was a lack of accountability and leadership throughout the Cycling NZ operation and a reluctance to raise issues, including "instances of bullying".

Another Cycling NZ athlete at the Bordeaux training camp also told the Weekend Herald they felt pressured not to speak up about inappropriate behaviour within Cycling NZ for fear of not being selected for future events.

Podmore's most recent coach Hamish Ferguson told the Herald this week "questions need to be asked around the duty of care" from Cycling NZ to its athletes - and their lack of action since the Heron report.

"Yeah, there were difficulties [for Podmore], a lot stemming back to the situation with Anthony Peden and that and the Heron report," Ferguson said.

"The talk that what was suggested in the Heron report was [to be] applied. I think there were definitely areas of that, it was just lip service that was applied.

"There are a lot of athletes who have been through this Cycling NZ High Performance program that have been cast aside and are in a similar situation." 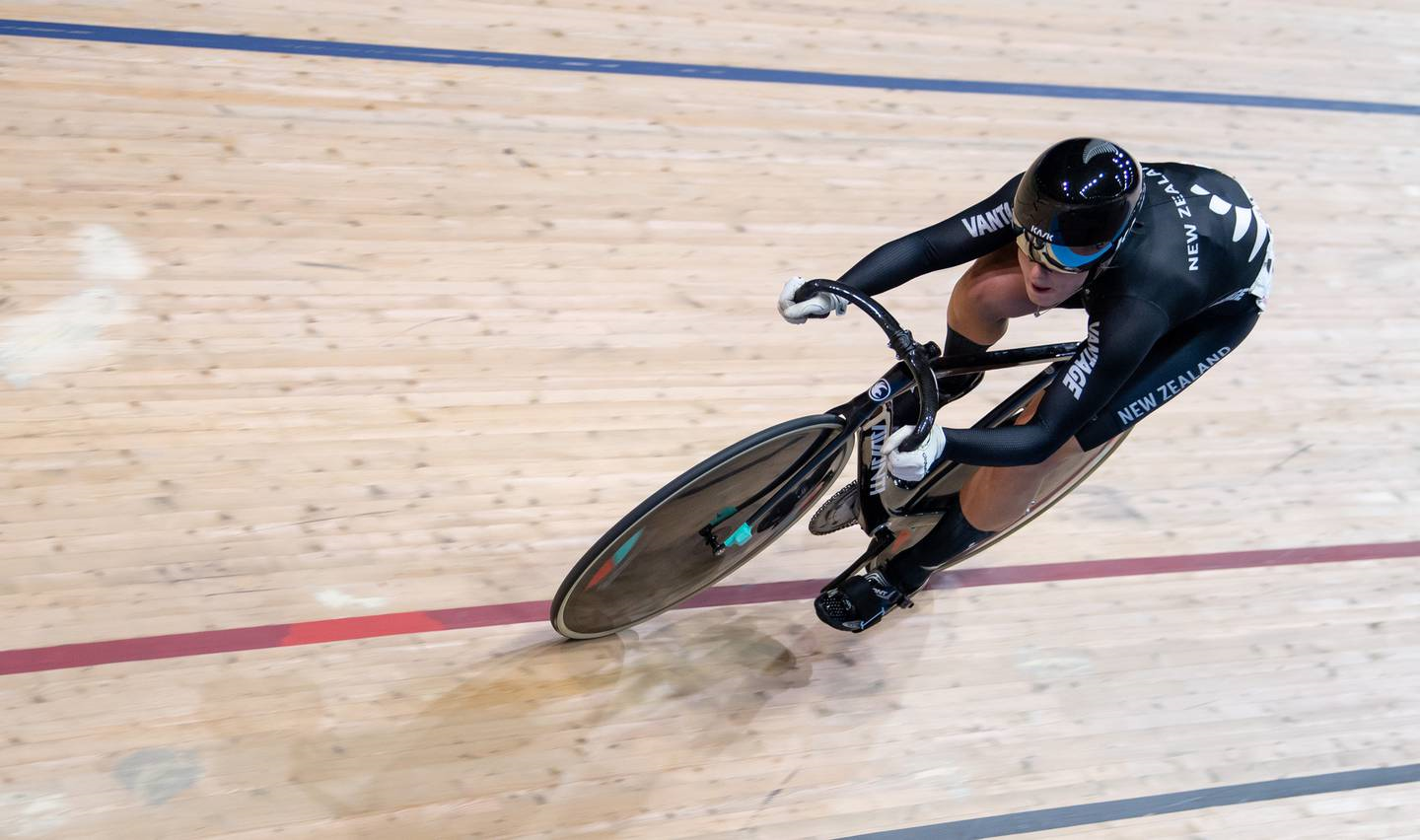 Olivia Podmore competing at the World Championships in Berlin in February 2020.

In her final social media posts - since taken down - Podmore referenced a "cover up" from Cycling NZ and High Performance Sport New Zealand (HPSNZ).

Cycling NZ would not respond to the allegations when questioned by the Weekend Herald yesterday, but said: "We are all still devastated with the tragic passing of Olivia Podmore on Monday".

"Over the next week. in association with family and other relevant parties, Cycling New Zealand's Board and Executive will discuss what next steps it might take," a cycling NZ spokeswoman said.

"Until such time, Cycling New Zealand will not be making any further statements."

Earlier this week Cycling NZ said the immediate focus was to focus on their cyclists' health and wellbeing.

''We will continue to endeavour to make sure that is done until we are satisfied that the health and wellbeing of all these people is taken care of properly.''

HPSNZ did not respond to the Weekend Herald's questions.

It is also understood that Podmore's partner in the team sprint event, Natasha Hansen, was in a legal dispute with Cycling NZ and HPSNZ for several months during 2020 over the selection process for the Tokyo Olympics.

The legal costs for this were in the hundreds of thousands of dollars. There were claims that Podmore had been told by those within Cycling NZ to not tell the truth about a coach/athlete relationship.

Another athlete within Cycling NZ said she believed there has been no improvement at the sporting body since the Heron report, and that the selection process for the women sprint cyclists did not make sense.

"Ultimately the problems have been systemic for so many years and it's evident now and it's gotten worse since the Heron report," the athlete claimed.

"Obviously the last couple of years there's been a journey through the Olympic games and the Olympic qualification process that has just been grossly unfair, and yes there's the Heron review and I think what needs to be highlighted in that the issues that Cycling NZ and HPSNZ deliberately chose to cover up."

The cyclist said she believed Podmore had been "shafted" in the Tokyo 2020 Olympic selection process.

Podmore did qualify for the Tokyo 2020 Olympics but was not selected to compete by Cycling NZ.

Another Cycling NZ athlete said it was extremely strange that another athlete who competed at Tokyo 2020 was selected.

The cyclist believed there was not adequate support for all the athletes during the Olympic qualifying process or in general at HPSNZ's Cambridge base.

"Giving someone a person to talk with as support doesn't make up for potential wrongs," the cyclist said.

"It was an unfair selection."

The cyclist claimed there was a fear among many athletes at HPSNZ's training base in Cambridge who felt scared they would be blacklisted from selection if their raised issues around athlete support and problems within the sporting bodies.

"That was just the culture and always has been," claimed the cyclist.

"We are terrified to say anything because it feels like as soon as you make a mistake you won't get selected - if you rock the boat. I think a lot of people have felt like that."

Cycling NZ chief executive Jacques Landry said this week that the organisation had "addressed" the issues of toxic culture identified in the 2018 Heron report.

The Mental Health Foundation, speaking generally, has said that suicide is a complex issue and "there is no single pathway that leads to someone taking their own life".

"We are all still devastated with the tragic passing of Olivia Podmore on Monday.

All our efforts are still being directed to ensuring support for those who were close to Olivia, affected riders and members of the wider cycling community, as well as our own staff.

We are very conscious too that the Olympic cycling team are all still in managed isolation and will not be released until Tuesday 24 August.

Olivia's funeral and associated activities are due to take place over the coming days. We ask that everyone is given the opportunity to grieve and to celebrate Olivia's life in their own way and in their own time, and that they are given the privacy and support to do so.