The Warriors have made up for the loss of playmaker Kodi Nikorima with the signing of two young Roosters players.

The New Zealand club today confirmed Nikorima was granted an immediate release from his contract to join the Rabbitohs, then announced the signing of Roosters halfback Ronald Volkman and hooker Freddy Lussick.

Nikorima, the Kiwis international who joined the Warriors in May 2019, was signed until the end of the season, but Warriors general manager of football Craig Hodges said the club wasn't going to stand in his way of his request to leave.

"We were committed to having Kodi for the rest of the year but he and his management requested an immediate release," Hodges said.

"He wanted to take up an offer elsewhere. Given the circumstances we weren't going to stand in his way.

"We thank Kodi for the contribution he has made to the club over the last three years and wish him and his family all the best for the future."

Shortly after news of Nikorima's exit, the Warriors were quick to offset the loss with the addition of a pair of promising players. The 19-year-old Volkman's three-year contract from 2023 through to 2025 was announced last week, but he will now link up with the Warriors early.

Meanwhile, Volkman's 21-year-old teammate Lussick has been secured on a contract to the end of 2022 campaign.

Both players joined the Warriors in Redcliffe today.

"We're thrilled to be able to add Ronald and Freddy to our squad right now," said Hodges.

"We were keen to have Ronald onboard for the rest of this season rather than waiting for 2023. It's beneficial for him and for us to have him settled into the club sooner rather than later.

"And Freddy brings NRL experience out of the Roosters' system to add more support in the dummy half ranks to Wayde Egan and Taniela Otukolo."

Volkman, who balanced rugby league and union as a schoolboy star, is a gifted young half who is regarded as one of the hottest prospects in the game. 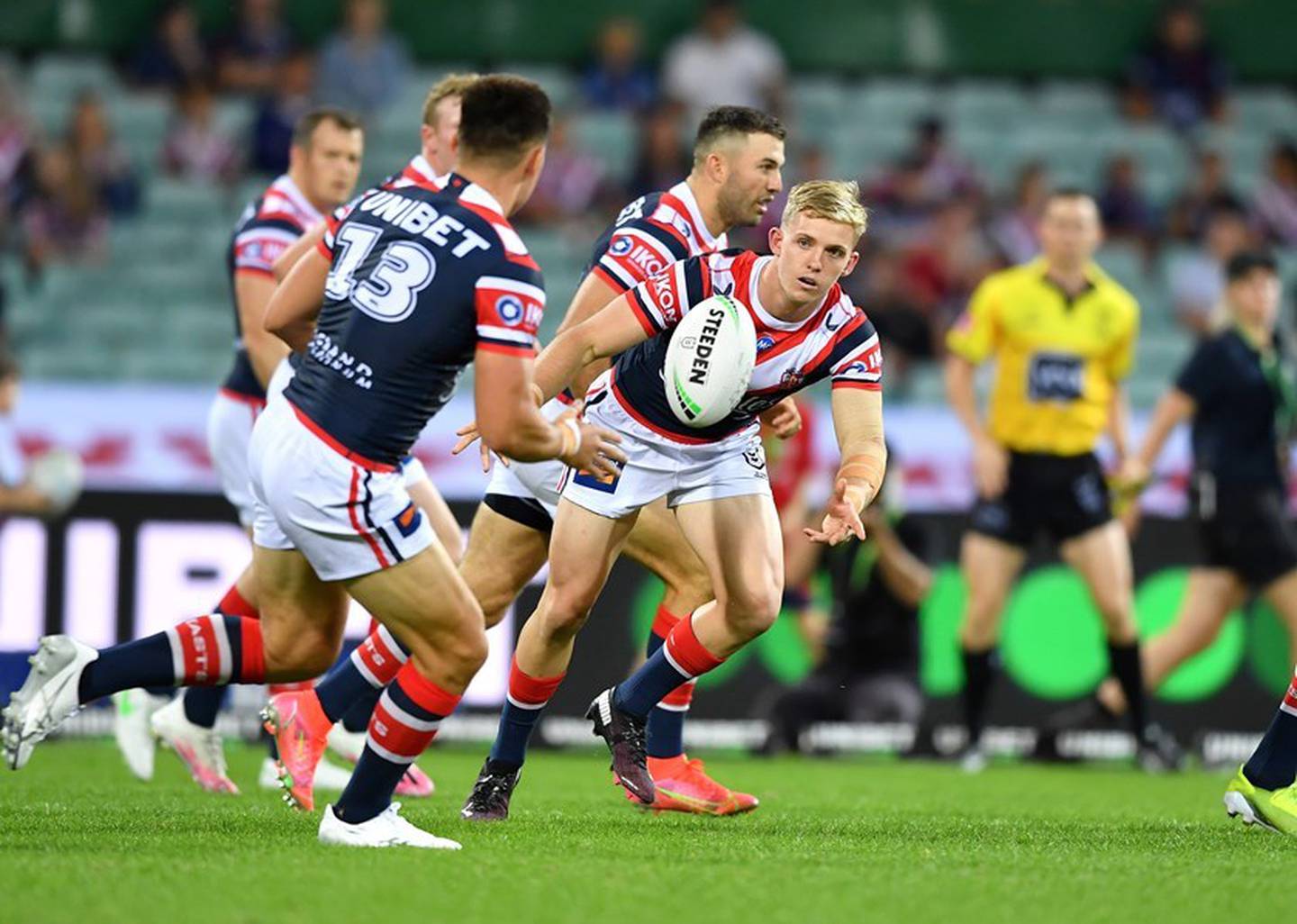 Along with Volkman, Lussick has played for the Roosters' feeder club the North Sydney Bears in the New South Wales Cup. He also played at under-18 and under-20 level for the Roosters.