Former New Zealand Warriors coach Frank Endacott says the reported departure of Nathan Brown today would be the "perfect scenario" to turn the club around.

According to The Daily Telegraph, Brown is on the verge of resigning despite having another year left on his contract after telling the club he won't relocate to Auckland permanently.

The 48-year-old lives in Australia, where the Warriors have been based for the past two seasons due to earlier Covid-enforced travel restrictions between the two countries.

The Warriors are expected to return to New Zealand in two weeks for their first home game since August 2019. Brown's current deal expires at the end of 2023.

The Daily Telegraph reports Brown has called an emergency meeting with Warriors owner Mark Robinson and CEO Cameron George at 11am today.

"This is the perfect scenario to turn this club around. There's got to be some ruthless decisions, for the good of the club going forward," Endacott told the County Sport Breakfast.

"The players need to be looked at, as to who stays with the club and who goes. Recruitment is huge. I think that is the biggest one. They need to really look at that and look at it close.

"They need to look at the whole coaching staff and go through them and see who should go and who should stay. I think it's time for a clean out. And you've got to be ruthless to do it." 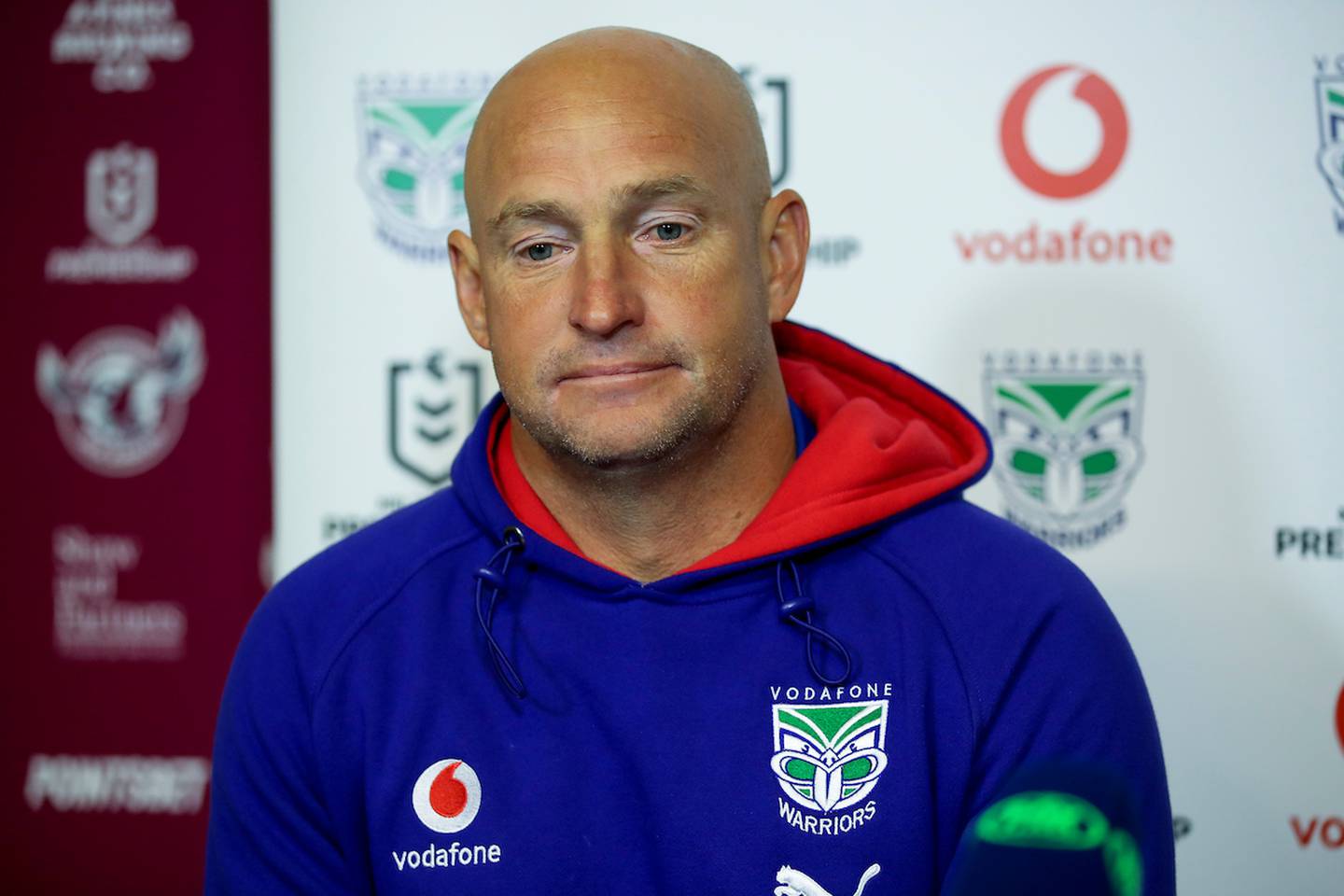 A dejected looking Nathan Brown at the post-match press conference after the Manly defeat. Photo / Photosport

Endacott, who coached the Warriors in the 1997 and 1998 seasons, said Brown was getting little from his players.

"I know Nathan pretty well. I watch him in the box, his body language and in the press conferences over the last few weeks, it's really telling on him to be honest. He's watching his team go out there with no fight getting beat every week. "

The Daily Telegraph reports assistant coach and Kiwis great Stacey Jones is in line to take over as a replacement from Brown. If Jones takes over he would become the Warriors' fourth coach in three years.

"I'm looking at this way over the years, that some of the greatest players don't make the best coaches now. Stacey's got to be given a chance of course. He's been in that assistant role for a while now and I think that if you asked Stacey, that's most likely where he's comfortable at. I think personally you need a very experienced coach for this team to go forward. And Stacey would learn a lot more from an experienced coach. There are a few around that would put their hand up.

"I think they're really going to look at it closely because if not we'll just be going through the same old rubbish for the next two or three years."

Brown, who took over from Todd Payten last year, has endured a nightmare run as head coach this season with the team slumping to a fifth straight defeat with their 44-12 to the Sea Eagles at the weekend.

The club is currently languishing in 14th place on the table, with only four victories in 13 games.

The Warriors have a 35.4 percent winning record under Brown but all of those games have been played in Australia. He didn't exactly bring a winning pedigree to the role. He was fired by the Newcastle Knights, with a 26 percent winning record, near the end of the 2019 season after also going through a five-game losing streak.