The NRL fans have spoken. They want pride jerseys.

The jerseys quickly became a hot topic of conversation, and it wasn't long before they became an even hotter commodity for fans.

Manly's historic jersey celebrating inclusivity, with rainbow colours replacing the traditional white piping, sold out in the men's section online within hours of the seven stars officially standing down.

Here I am, filthy I missed out on buying some Sea Eagles merch that sold out. A timeline I never expected, but massive ups to the club for promoting inclusivity in the game. Hopefully more jump on board (cc @THEDolphins) pic.twitter.com/yAPcwK8oEi

The club held an emergency meeting on Monday night with the players in question, but the decision was made and they'll go into battle on Thursday night without New Zealanders Josh Aloiai, Toafofoa Sipley and Christian Tuipulotu along with Jason Saab, Josh Schuster, Haumole Olakau'atu and Tolutau Koula.

The seven players are said to be opposed to wearing the jersey – featuring rainbow stripes and trim – due to religious beliefs. 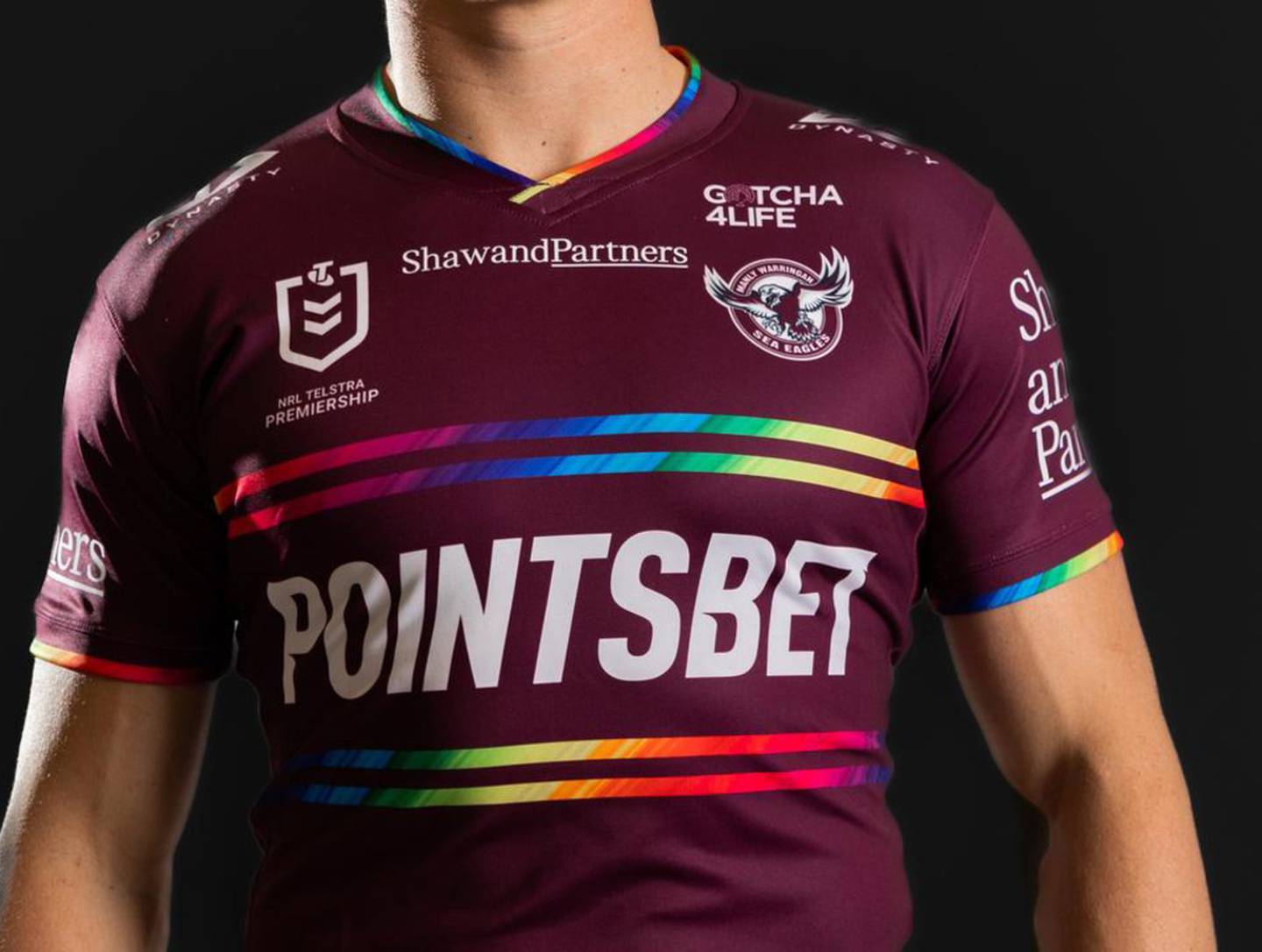 Coach Des Hasler had told his players he would support their decision to stand down from Thursday's game over the pride jersey, the SMH reported.

Sea Eagles great Ian Roberts, the first rugby league player to come out as openly gay, said he was left heartbroken by the player revolt.

"I try to see it from all perspectives but this breaks my heart," Roberts said to The Daily Telegraph.

"It's sad and uncomfortable. As an older gay man, this isn't unfamiliar. I did wonder whether there would be any religious pushback. That's why I think the NRL have never had a Pride round.

"I can promise you, every young kid on the northern beaches who is dealing with their sexuality would have heard about this."

Journalist Paul Kent, however, offered a differing view and put the onus squarely back on the club for trying to inject its own political views on the playing group.

"To inflict their own political views on the players who may not share that and are now being forced to deal with the consequences of that is a real oversight by the club and it's something they should be embarrassed about," Kent said on NRL 360.