So near – yet still so far – for the Warriors.

They were close to one of the great NRL comebacks on Saturday, scoring four tries in the last 17 minutes to almost reel in the Rabbitohs, with the Sydney side hanging on to prevail 32-30.

The final quarter was stirring stuff, but time always looked against the Warriors, who had left their run far too late, after they trailed 26-6 at halftime.

And the frenetic finale shouldn't mask another worrying performance, as the Warriors were completely blown away early.

It was their worst first half of the season, as the Rabbitohs scored five tries and could have had two or three more, with the Warriors all over the place defensively.

The Auckland team showed resolve in the second half but the damage had already been done and some intensity had undoubtedly gone out of the Rabbitohs' effort, with such a massive lead.

The Warriors' unlikely revival will at least give them something to build on, though glaring defensive weaknesses were exposed again.

Reece Walsh and Jazz Tevaga were standouts for the Warriors, with Marcelo Montoya also strong in his comeback match. Tohu Harris made a successful return from his ACL injury, while Freddy Lussick had a tidy debut.

In wet conditions in Brisbane, the Warriors forced successive repeat sets early for ultimately no profit, before the Rabbitohs scored with their first attack, with Cody Walker sending Taane Milne over in the corner, as the Warriors left edge got their numbers badly wrong.

The one-way traffic continued a few minutes later, with Milne finishing in almost identical fashion, before the Warriors right edge defence was befuddled in a similar manner, allowing Alex Johnston to cross in the opposite corner.

It was getting embarrassing. The sight of Harris on the sideline should have lifted Warriors fans, but the Rabbitohs had already added to their lead before he could come on, with Blake Taaffe latching on to a Walker grubber in the 23rd minute.

It was a perfectly weighted kick, but the lack of any kind of pressure from the defensive line was telling. 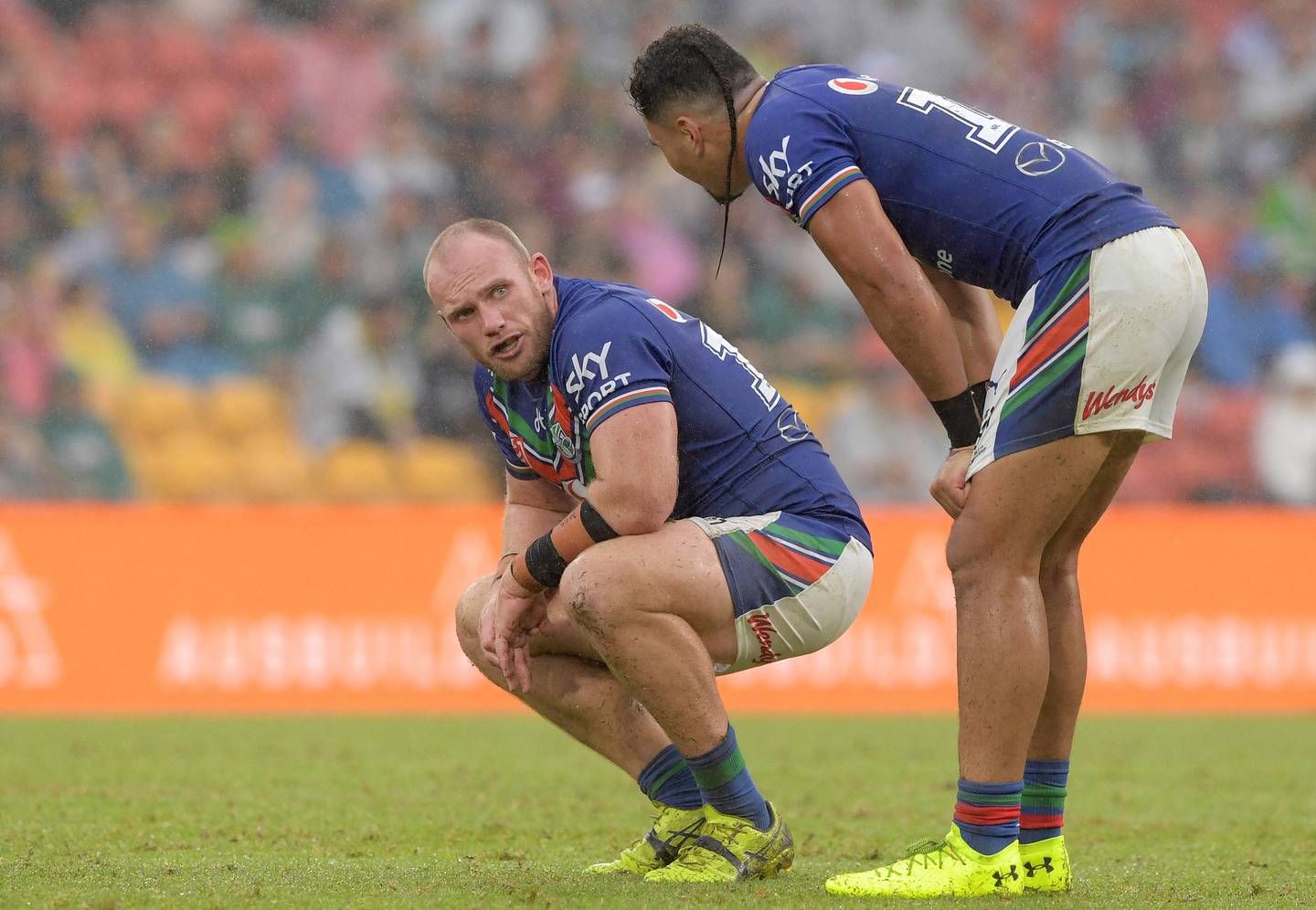 Mentally, the Warriors seemed frazzled, shown with Shaun Johnson's all or nothing kick on tackle zero, which conceded possession.

It was a gamble in the circumstances and the Rabbitohs scored their fifth try on the next set, with Damien Cook forcing his way through five defenders, as they made ineffectual grabs.

Souths had another try scratched by the bunker – in a close call – before Montoya crossed on the hooter off a smart Daejarn Asi pass.

The Warriors woke up after halftime, creating early opportunities, but couldn't nail any of them.

That profligacy was punished immediately, with Lachlan Ilias forcing his way over a long-range break, which seemed to snuff out any hopes of a resurgence.

But against the odds, the Warriors rallied.

Smart work from Johnson, Walsh and Montoya led to Adam Pompey's try, before Tevaga got across from close range with 12 minutes to play.

Asi then cut back across the grain to score, after Johnson had gone close, before Montoya dived over in the 78th minute.

Walsh potted the conversion from a difficult angle, but the Warriors couldn't manufacture a miracle from their final set, with an attempted two-point field goal from Johnson charged down as the siren sounded.