The Novak Djokovic saga keeps on getting murkier as more information comes to light.

The world No. 1's hopes of playing this month's Australian Open rest in the hands of the Federal Court, which will hear his case on Monday as his lawyers seek to overturn the cancellation of his Australian entry visa.

Djokovic's legal team dropped a bombshell on Saturday when it revealed in documents submitted to the court, he had tested positive to Covid-19 on December 16 just a few weeks ago.

The 35-page document said he had used his positive test to obtain a "medical exemption from Covid vaccination" on the grounds he had recently recovered from Covid. 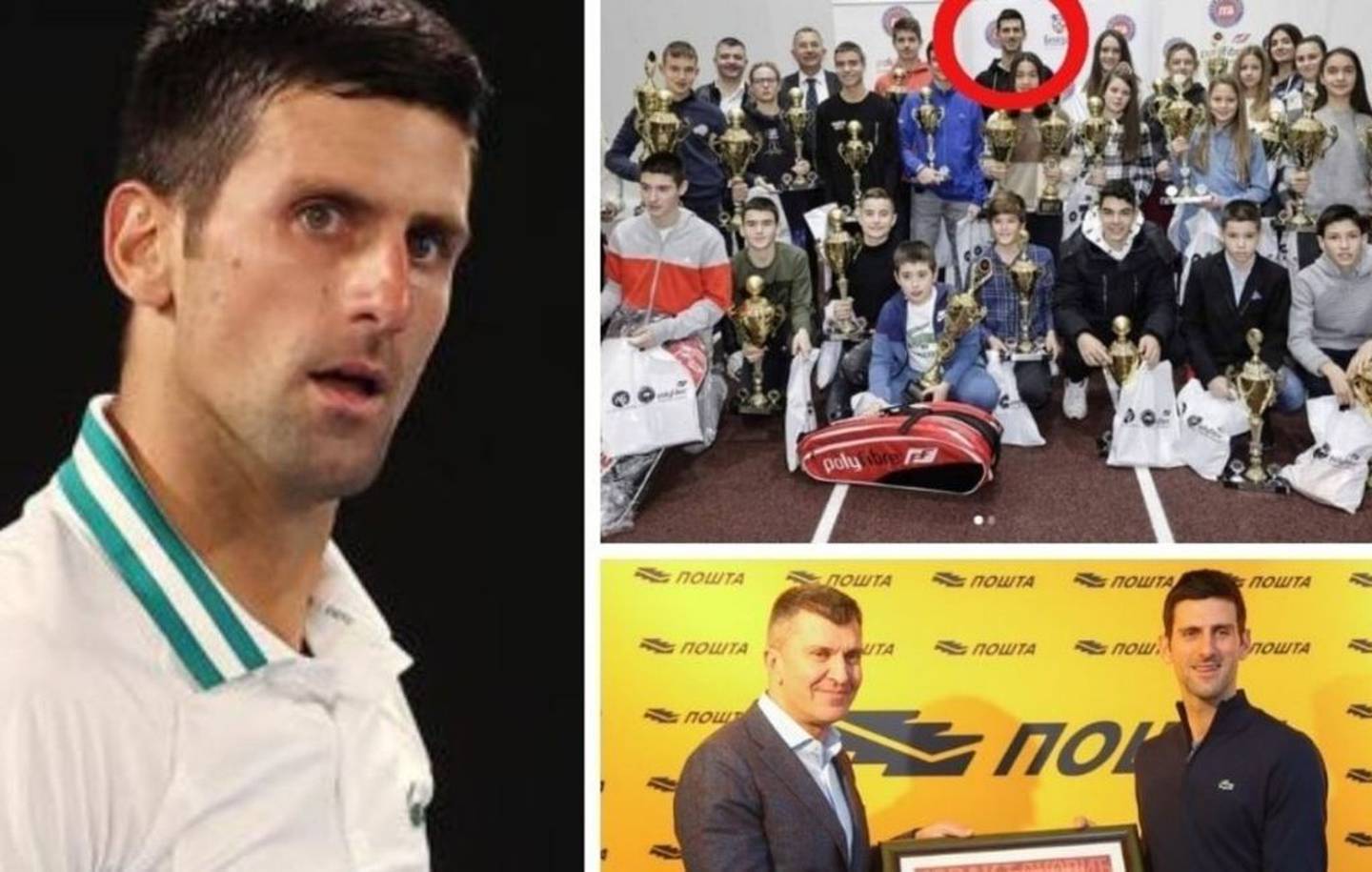 The Novak Djokovic saga keeps on getting murkier as more information comes to light. Photo / Twitter.

It is the second time Djokovic has tested positive to Covid after he contracted the virus during his ill-fated Adria Tour in June 2020.

According to the legal submission, he was granted a vaccine exemption after being asymptomatic after recently recovering from Covid.

"The Exemption Certificate also recorded that … the date of the first positive COVID PCR test was recorded on 16 December 2021, it had now been 14 days, and Mr Djokovic had not had a fever or respiratory symptoms of COVID-19 in the last 72 hours," the court document said.

It is unclear if 16 December was the date Djokovic had his PCR test or if it was the day he got his results back, but serious questions are being raised about Djokovic's behaviour during the days around when he tested positive.

Photos have resurfaced on social media of the Serbian attending several public events around the time of his positive test.

Djokovic attended a Euroleague basketball game on 14 December, two days before the positive PCR test. He sat courtside and wasn't wearing a mask.

On the same day he purportedly tested positive, he received a commemorative stamp in his honour at an event hosted by the Serbian National Postal Service on December 16. He shared photos of the event to social media the next day.

Djokovic also attended an award ceremony at the Novak Tennis Centre in Belgrade on December 17.

Multiple photos on social media show the 20-time grand slam champion posing for photos with children without wearing a mask.

The fact Djokovic was out and about appearing at public events with large groups of people while he was likely Covid positive has sparked a swift reaction, with many slamming him for putting others at risk.

News Corp sports writer Todd Balym tweeted: "So either Djokovic is lying and the positive Covid test is fraudulent, or this "hero" has such a blatant disregard for anyone & everyone else he was happy to risk exposing Covid to children. His reputation is in utter ruins, no coming back from this."

The Australian's Natasha Robinson said: "Unbelievably irresponsible. What a turd."

The Economist's Stanley Pignal added: "A problem for Djokovic: if he claims he had Covid recently, his (and others') social media should include a period where he isn't indoors, maskless, with lots of people. And for now, that seems hard to find."

There was also widespread bewilderment at the revelation that even if Djokovic had legitimate grounds for a vaccine exemption, he had missed Tennis Australia's (TA) cut-off by several days. 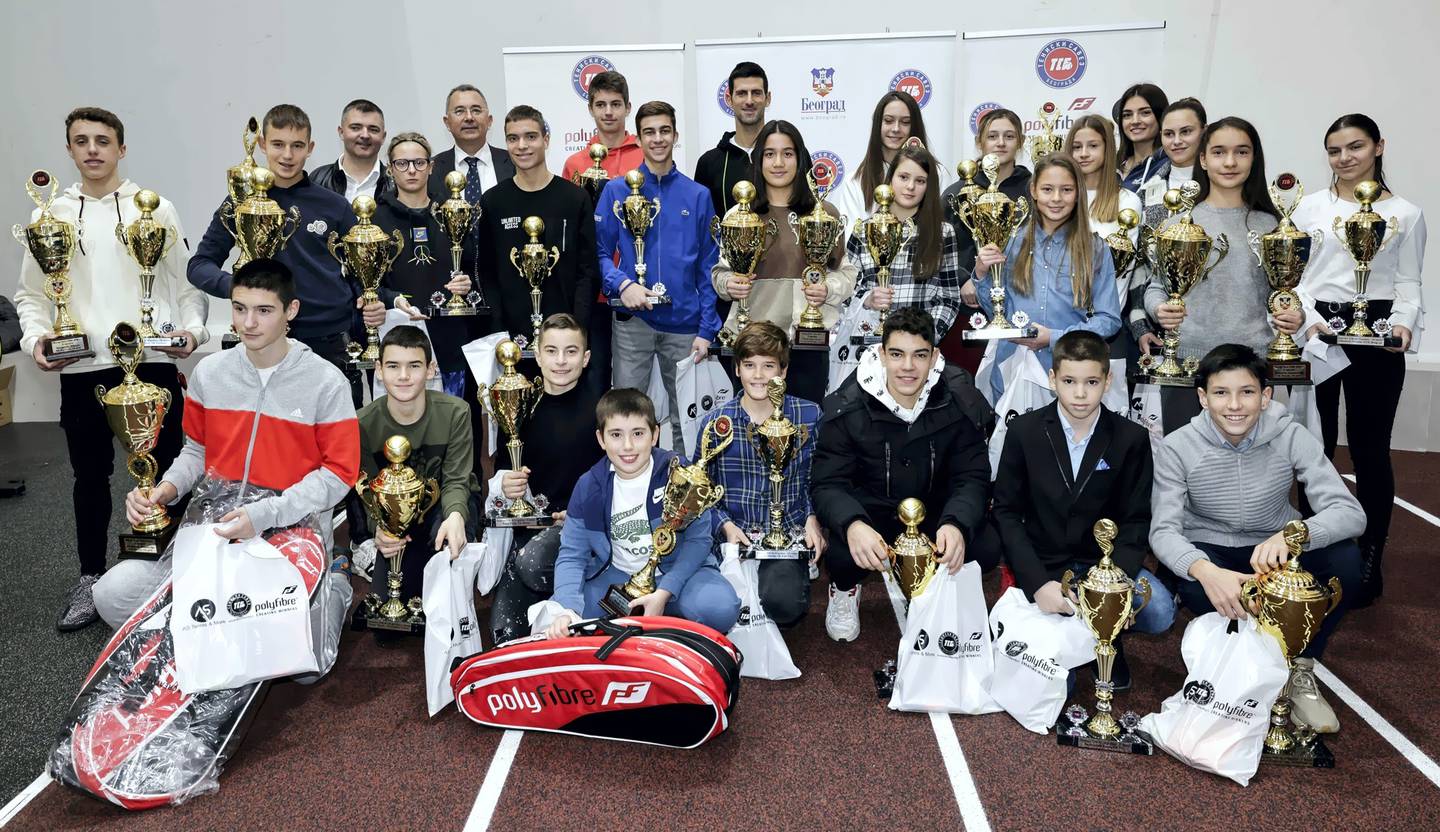 Novak Djokovic pictured at an awards ceremony at the Novak Tennis Centre in Belgrade on December 17.

A TA guidelines document made it clear that any applications for a medical exemption needed to be sent "no later than Friday 10 December 2021" — six days before Djokovic tested positive — meaning a positive Covid test would have come too late for TA's exemption guidelines.

This latest development suggests had he not tested positive, Djokovic would have missed the Australian Open unless he was fully vaccinated or had another valid reason for obtaining an exemption.

Tennis reporter Ben Rothenberg tweeted: "This all also begs the question: around December 16, with only a month left until the #AusOpen began, what was Djokovic planning to do if he *didn't* get a positive test for Covid?

"Was that somehow his plan for getting into the #AusOpen? Contracting a disease? Truly odd."

"Not sure if December 10 was a strict legal exemption deadline as such, or a preferred date stated by organisers in a player advice document," he said.

"Frankly, there is so much muddy water here surrounding the rules."