Novak Djokovic has revealed he plans to stay in Melbourne and play in the Australian Open despite the federal government saying it is still considering whether to cancel the tennis superstar's visa.

In his first comments hours after the Federal Circuit Court quashed the decision of border officials to cancel Djokovic's visa after hours of legal argument on Monday, the world No. 1 tennis player said he was "pleased and grateful" about the decision.

Djokovic posted a photo alongside his comments from Rod Laver Arena, with his brother telling media overnight Novak immediately went back into training on Monday night after leaving immigration detention.

The 34-year-old had spent days in immigration detention in Melbourne after failing to present an acceptable medical reason for remaining unvaccinated against Covid-19. His mother described it as "torture" overnight. 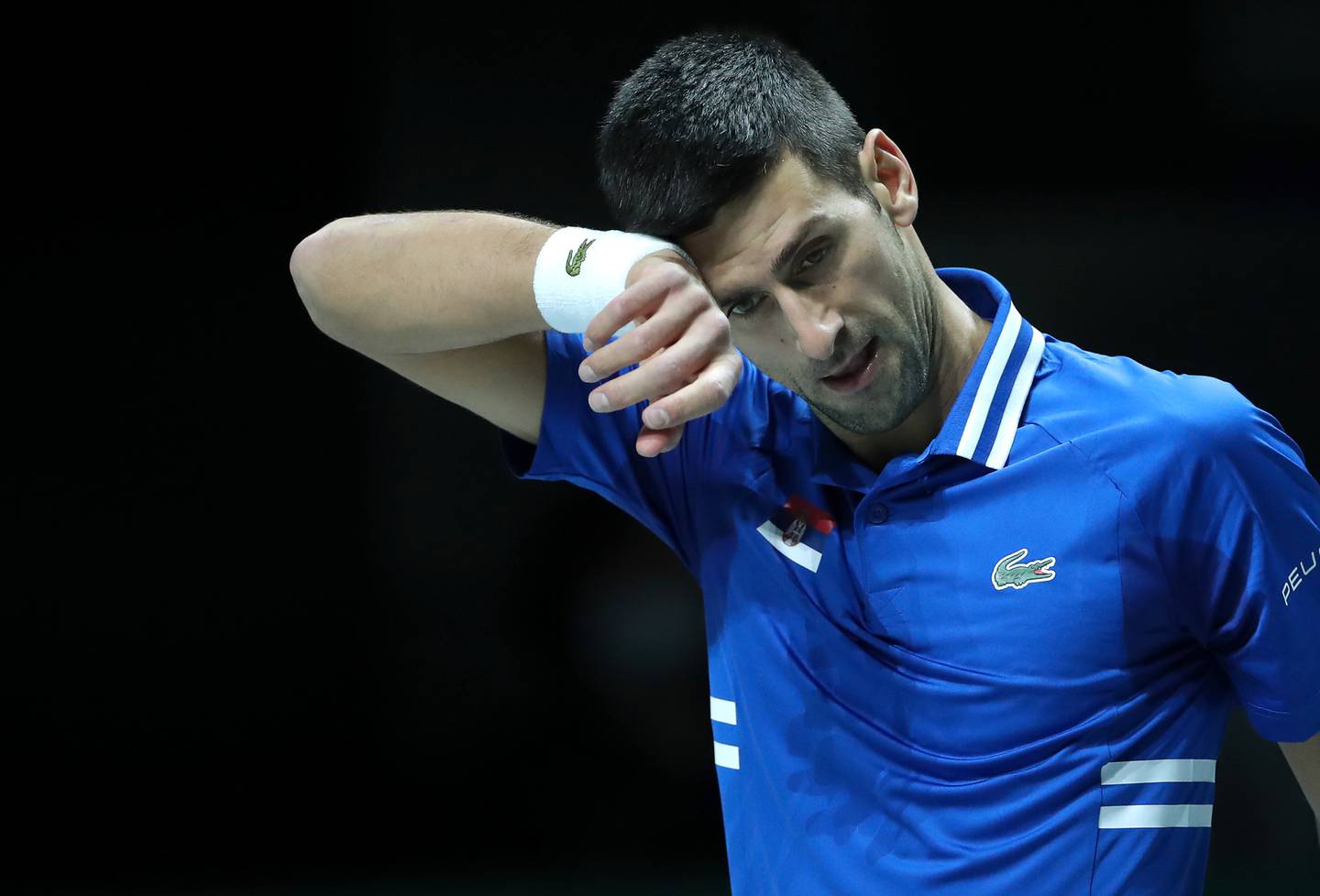 Novak Djokovic says "despite all that has happened" he plans to stay in Australia and fight his way to the Australian Open. Photo / Getty Images

Djokovic said that "despite all that has happened" he plans to stay in Australia and fight his way to the Australian Open.

"I remain focused on that. I flew here to play at one of the most important events we have in front of the amazing fans," Djokovic said in a tweet posted early Tuesday morning.

"For now I cannot say more but thank you all for standing with me through all this and encouraging me to stay strong."

Reflecting on the image in Melbourne, Novak's brother said: "Obviously he is ready to go. We all know what kind of a player Novak is and I'm sure that he's going to be at his best on court whatever the circumstances are.

"We know he is a truthful and wonderful guy and he would never do anything to cross any federal or state law any where in the world.

"We're all human and every one makes mistakes and that's OK."

The federal government said on Monday after the court ruling that it is still considering whether to cancel Djokovic's visa, maintaining it has the power to do so despite a court ruling in the tennis star's favour.

A spokesperson for Immigration Minister Alex Hawke said late on Monday that "it remains within Immigration Minister Hawke's discretion to consider cancelling Mr Djokovic's visa under his personal power of cancellation within section 133C(3) of the Migration Act. The Minister is currently considering the matter and the process remains ongoing." Protesters outside the Melbourne immigration detention hotel where Novak Djokovic has been staying. Photo / AP

Supporters of Djokovic sparked violent scenes on the streets of Melbourne on Monday, clashing with police who pepper sprayed a group of fans after they blocked the path of a car they believed was carrying Djokovic.

News.com.au understands no arrests were made during the violence and no police were injured.

Meanwhile Dijana Djokovic, Novak's mother, called the Australian court victory the biggest win of his career in a press conference held by the Djokovic family overnight.

"Novak stood up against the system and the government … he had arrived to win that tournament," she said.

"Never so far had we faced a situation like this. This situation is very difficult for us and for five to six days we tried to fight for him."

Novak was reportedly confirmed to appear the press conference overnight but the family deny such claims were made.

The Djokovic family said despite the drama, they "love Australia".

"We have just pure love for all of the world. We love Australia. Novak loves Australia. We've been there so many times, we'll keep coming back," said Novak's brother Djordje.

"We just have to thank all the people who gathered in front of the hotel every day … for all of the support, for the love and peace they've been sending to him.

"That's one of the main reasons we're sitting here today and why he won the case.

"We don't know the Australian law, but Novak is the cleanest person in the world – he went there to play in the Australian Open and win another title."

Serbia's parliamentary speaker and former foreign minister, Ivica Dacic, voiced his concerns over the situation with Australia, telling Happy TV: "The process should have ended when the court ruled on the matter. 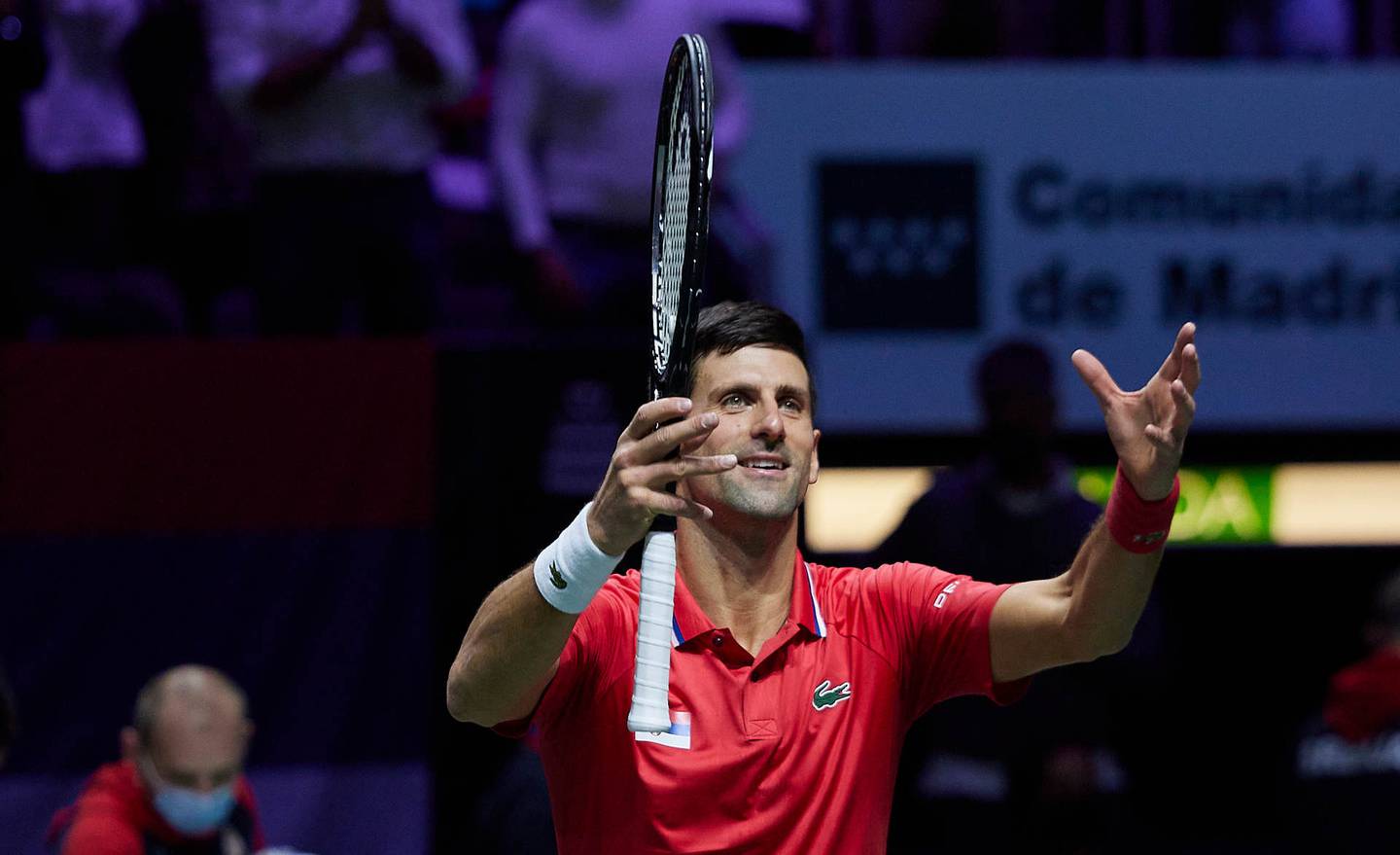 Djokovic during the Davis Cup Finals in 2021. Photo / Getty Images

"The Australian authorities have obviously chosen to deport him, which also includes a three-year ban on entering Australia. It defies common sense."

The Australian Open begins on January 17 and, if Djokovic wins, he will become the most successful male player in history.

'I am not vaccinated' – what Djokovic said in airport interview

Interviewer: ...So when I ask you what were your reasons for travelling to Australia today?

Djokovic: I'm a professional tennis player and the main reason for me coming to Australia is participating in the Australian Open in Melbourne, Victoria.

Interviewer: Thank you. Now question regarding your vaccination, are you vaccinated...

Djokovic: I am not vaccinated.

Djokovic: I am not vaccinated.

Interviewer: Thank you. Have you ever had Covid?

Interviewer: So, when did you?

Interviewer: Thank you. Sorry, what was the date? 16th of December?

Djokovic: 16th of December 2021, I have the documents as well to confirm that if you want, I can provide – just as a –

Interviewer: Thank you. I'll just make a photocopy of those documents.

Djokovic: Yes. These are the PCR tests – this is – yes, so this is the positive one on 16 December PCR...

Djokovic: Let me see, 16 December and this is in English it's right on there.

Interviewer: It's negative. So, what I'm going to do as I said like I'm just going to make a photocopy of these...

Interviewer: ...test reports and then I'm going to give it back to you.